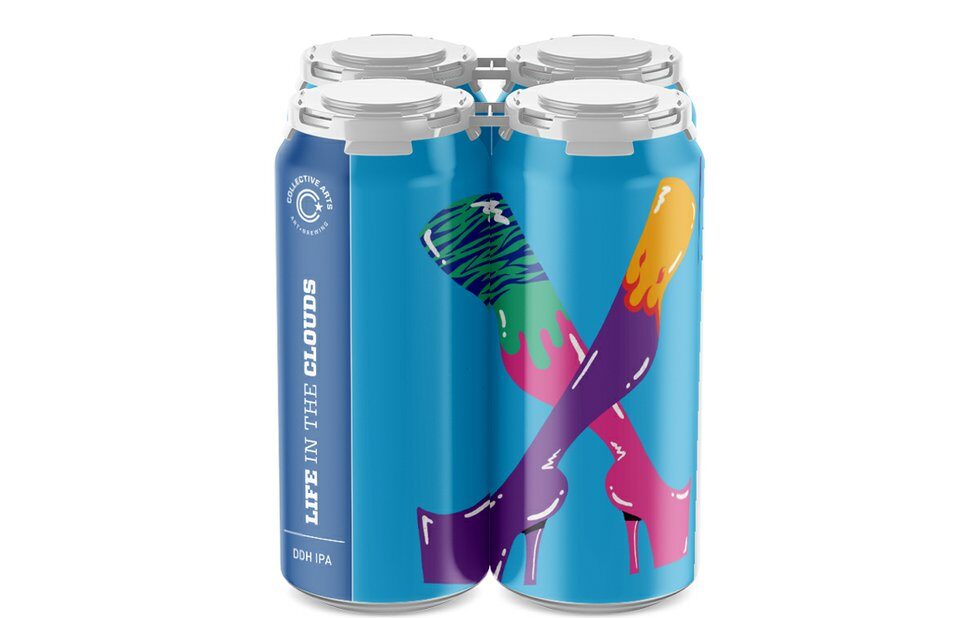 The Hamilton brewery is back with another Pride release, devoting its can space – traditionally covered in work by indie artists – to queer creators. This year, the beer is their Life In The Clouds New England IPA, and the wrappers – curated by Wee Moody Judy and Sarah Maxwell – feature illustrations from four LGBTQ artists, including local artist Tim Singleton. Proceeds will be donated to Rainbow Railroad, an organization that helps queer people around the world find safety. $14.15 for four, collectiveartsbrewing.com

For the third year in a row, the Leslieville brewery is teaming up with Bill 7 Award, a charitable trust that awards scholarships to LGBTQ2S+ post-secondary students in Ontario. Instead of one beer, Left Field launched a whole Pride six-pack, with $2 from each sale going to fund scholarships. $19.75, leftfieldbrewery.ca

The Bowmanville brewery has teamed up with PFLAG Durham Region for their Cause Worthy cream ale, brewed with corn for a hint of sweetness. Each sale will send 50 cents to fund PFLAG’s delivery of resources and education to the Durham community. $6.50, manantler.com

Mill Street’s Proud Pilsner is a collab with Ren Navarro of Beer Diversity (whom you may remember from our iconic 2017 Beer Guide cover). Sales from the balanced pilsner will support Navarro’s work in educating and consulting on diversity in the beer community. $3.85, millstreetdelivery.com

The latest beer in the Bracebridge brewery’s monthly Moonlight Kettle series of limited-run beers is Born This Way, a crushable 3.8% IPA. Proceeds are going to the Get REAL Movement, a Canadian non-profit focused on combatting 2SLGBTQ+ discrimination in schools, summer camps and workplaces. $3.95, muskokabrewery.com (pickup only)

The brewing collective, which works with pro and amateur brewers alike, includes the Society of Beer Drinking Ladies among its many collaborators. Their latest creation, Tropic Like It’s Hot Pineapple Sour, donates 50 cents from every bottle to the Glad Day Lit Emergency Fund to support queer creators during the pandemic. $8, peoplespint.com

Reprising their partnership with Muskoka Pride, the Gravenhurst brewery has issued a limited release of its Q Beer Amber Lager, which they describe as an easy-drinking, light-amber lager with a touch of maltiness. Proceeds support Muskoka Pride Week (July 18 to 26). $3.32, sawdustcitybrewing.com