With a tarot-inspired recipe book and a line of pre-bottled drinks, the Toronto-based drink company is infusing non-alcoholic drinks with flavour and personality 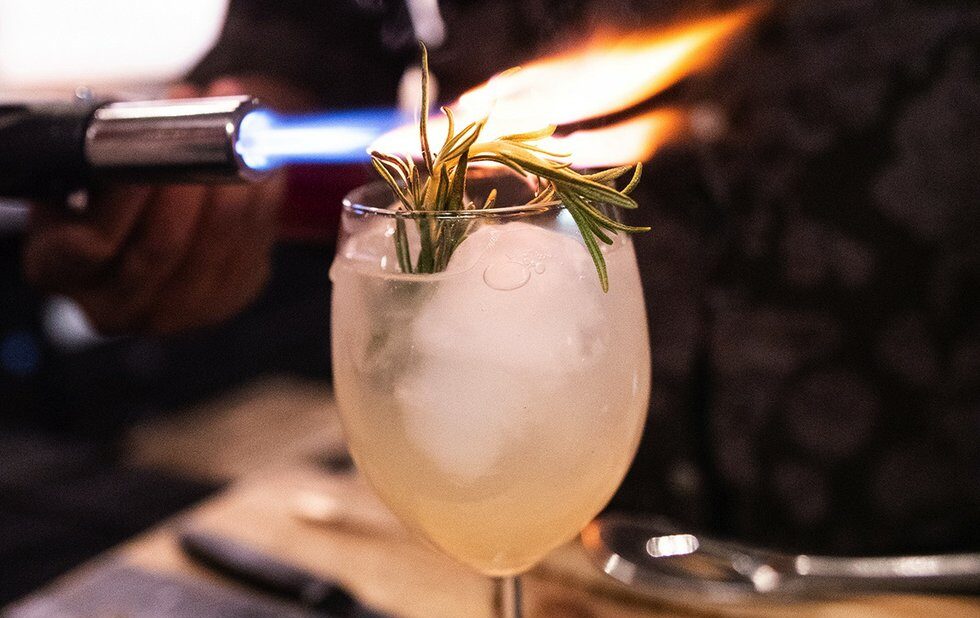 From Sober October and the upcoming Dry January to an ever-increasing rise in non-alcoholic products, sobriety has become more and more common over the past few years. But when it comes to quality non-alcoholic drinks, it can be tough to find something in this city that isn’t a glass of juice – or a cloyingly sweet poor substitute for a classic cocktail you don’t even want.

Enter Toronto-based Temperance Cocktails, made up of Audra Williams (a writer, digital strategist, and lifelong non-drinker) and her partner, bartender Haritha Gnanaratna (formally of Origin North and the now closed Mr. Flamingo).

With the amount of non-drinkers in Canada on the rise – and folks abstaining for a wide variety of reasons including health, religion or just wanting to be sober – Williams and Gnanaratna noticed a huge gap when it came to non-alcoholic drink options at bars.

“When non-drinkers go to an event and non-alcoholic drinks are either absent or low-quality, it sends a message that the needs of that group were either dismissed or never considered,” Williams says.

“There are literally thousands of bars in the city, and every so often there is an article like ‘Three great bars for non-drinkers!'”

Shortly after Gnanaratna’s former workplace closed down, the pair began to brainstorm about better-quality concoctions that didn’t require any booze. While there are some obvious differences and difficulties when it comes to making cocktails sans alcohol, Gnanaratna found there was plenty of overlap.

“It may be surprising, but the fundamentals of cocktailing are the same, whether or not you’re using alcohol,” he says.

“You’re paying attention to the balance between sweet and sour, astringency, body, mouthfeel, aroma, presentation, to name a few [things]. Alcohol is an easy ingredient to work with by virtue of its chemical structure – many of the chemical compounds we associate with flavour and aroma are soluble in ethanol. Hitting the same points with a water-based cocktail is a little more difficult, because you’re now having to isolate desirable flavours and sensations at their basic level and find clever ways of carrying them in a liquid form.”

When you break down an alcoholic drink into its base flavours, non-alcoholic equivalents begin to make more sense. A French 75, for instance, is made up of gin, lemon, orange liqueur and champagne. Turn that into a mix of gin botanicals like juniper and easily replicated citrus elements, rounded out with a light, bubbly body, and you have something quite similar both in flavour and texture.

After much experimenting, Williams and Gnanaratna officially launched Temperance Cocktails in September of last year, finding a home in the market to serve at corporate events, act as consultants to bars and even release bottled versions of their own pre-mixed, completely original cocktails on their site.

Drinks include the True Terroir, which makes use of lapsang souchong tea and cloves to create a spicy, peaty smokiness that rivals a good scotch. There’s also the Community Garden with hibiscus, rosebud and blackcurrant that results in a delightfully bright and floral sipper.

And while you can always buy the four pre-made drinks Temperance has available, Williams and Gnanaratna are also working on a book to allow people to make their own non-boozy cocktails at home.

Currently up on Kickstarter, Temperance: Non-alcoholic Cocktail Recipes Inspired By The Tarot is a book made up of 22 original non-alcoholic cocktails each made to represent a card from the major arcana of the tarot.

“Part of the appeal of cocktail culture are the stories connected with certain drinks,” Williams explains. “Non-alcoholic cocktails, even when they are available, don’t really offer that. So we wanted to find a way to map a compelling narrative onto drinks that didn’t have any alcohol in them. We chose the tarot, which has the benefit of being both having a zeitgeist moment and a mystical 500-year history of shaping narrative.” 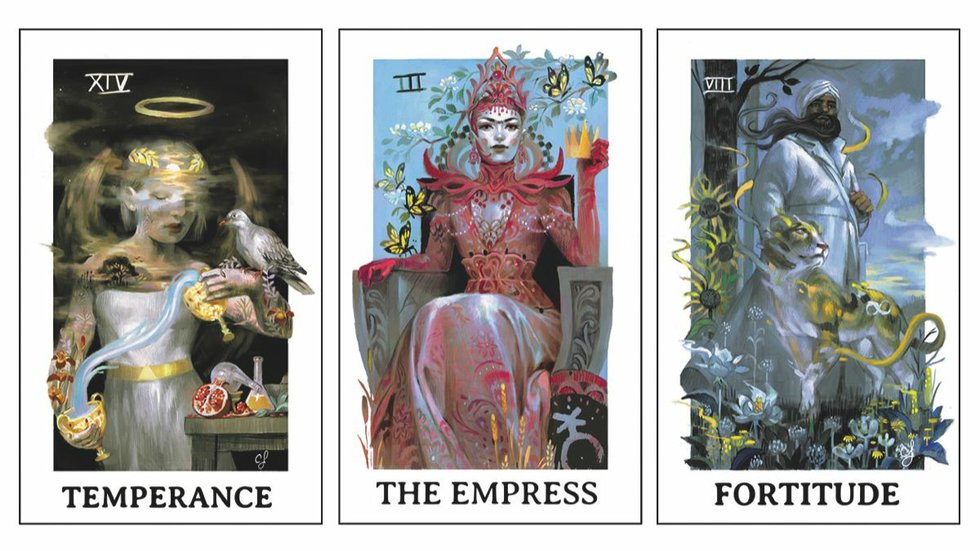 The book will feature stunning illustrations of every card by Cindy Fan, who has taken inspiration from the classical Rider-Waite Tarot Deck and has given it a dreamlike re-imagining, with a focus on diversity and inclusion to contrast the original deck’s white characters. Since the point of the non-alcoholic movement is about inclusion, a more diverse concept was a no-brainer.

“We are all approaching this project trying to put an end to anyone feeling left out,” says Williams. “So, of course, we took that same lens to the illustrations of the cards. And including a diverse crew of characters on the cards just makes for better storytelling. Our Empress is non-binary. Our Fortitude card portrays a Sikh man. We are doing this because it only adds to the existing narrative.”

It’s clear their unique approach is resonating: With a few days left, the campaign has already met its $36,000 goal, and their campaign was ranked the #1 cookbook project on all of Kickstarter.

In a landscape that seems rife with opportunities for non-drinkers to enjoy a drink without judgment, Temperance is setting out to show that ordering a drink without booze doesn’t have to be a sacrifice of quality – and we can all drink to that.