Last summer Philippe Escayola, founder of PHILharmonic Karaoke, had quit his job to focus on developing his hosting career, spending his days giving music lessons on a freelance basis. “Music is my life,” he says. “My oxygen.”

So when the city’s restaurants and bars switched to takeout and delivery – or shut down completely – in order to fight the COVID-19 pandemic, Escayola, who hosts karaoke nights at Frisaca, East York Restaurant and the Fox on Wellesley, became one of the many performers and gig workers who found themselves out of work.

“Once the quarantine hit Toronto, the air was taken out of my lungs.”

However, the professional host wasn’t deterred. Inspired by videos of people in Italy singing to their neighbourhoods from balconies, Escayola decided to take his shows online. He spent a day setting up on Zoom and advertised through karaoke groups on Facebook.

Before he knew it, nearly 100 people from all over the country were tuning in on any given night.

“I’ve even had people working in the health industry logging on from their breakroom and singing a song to give themselves a little escape from the hard work they face daily.”

With social distancing and isolating in full effect throughout the city, many Torontonians have been resorting to online avenues to stay connected with friends and loved ones. Jackbox game nights, hangouts via webcam on Zoom, and even online book clubs have been popping up, leaving people expecting to be lonely with full social calendars.

Our city’s bar performers have followed suit in light of losing all of their work in this scary time. You may not be able to go out, but you can still catch a live show or drunkenly belt out Bohemian Rhapsody to a crowd of strangers in the comfort of your own home, with the host bar often even helping promote the event on their social media.

The Aviary Brewpub is even continuing their Monday Bird Brain Trivia nights, with the quiz distributed through Google Docs and teams competing for a grand prize of a custom 24-case of Longslice Brewery beer when business resumes.

“I figured I could put a quiz together now that I’m home all the time now!” laughs Longslice Brewery owner Jimmy Peat.

Despite the obvious loss of business, Peat is heartened by the reaction he’s been getting from the Trivia Night regulars: “The reception has been super great and supportive.”

The Aviary/Longslice team aren’t the only members of the drinks community to switch to online programming. Muskoka Brewery is hosting regular #StayAtHome Trivia nights on Thursdays where those tuning in can enjoy a beer while putting their wits to the test. Additionally, popular beer running group RunToBeer have started #diyruntobeer on Twitter and Instagram, where they encourage members to go for a run and take a selfie with a local beer to cool off with.

Other bars like Hemingway’s are hosting online versions of their trivia nights, pub hangouts, and live concerts, The Emmet Ray are working out plans to bring their Babies & Beer parent meetup to Zoom, and Storm Crow Manor has set up a Discord server. 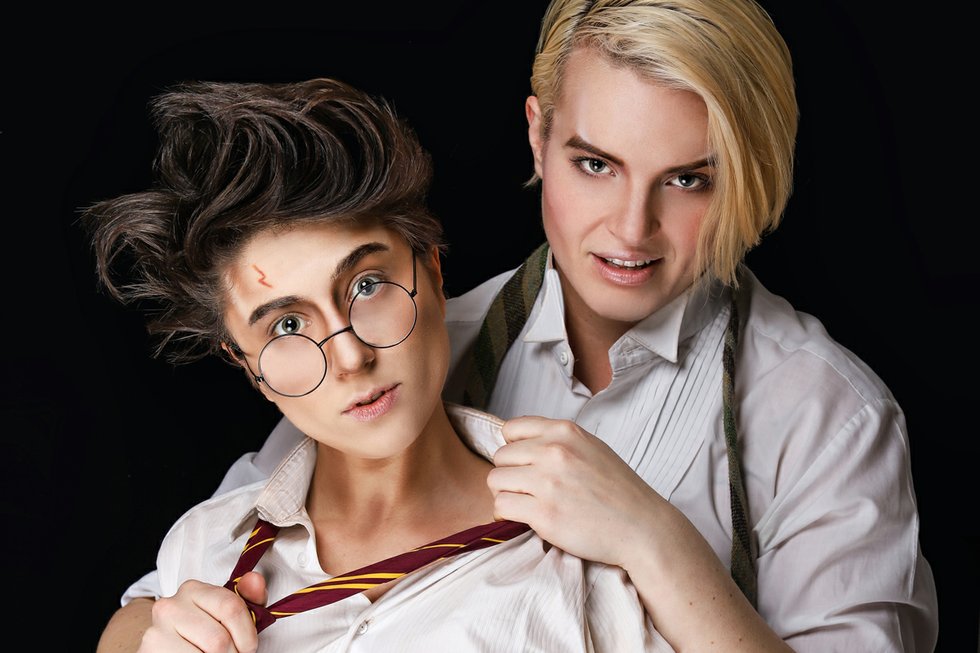 Even Toronto’s favourite drag performances are being given new life online. Performers ZacKey Lime and Qaptain suddenly found themselves out of work when the COVID shutdowns began, and their regularly sold out Harry Potter-themed drag brunch at Glad Day Bookshop ceased.

“There were so many shows and performances being cancelled in our community, and experiencing that kind of ‘non-essential’ disappointment in emergency situations can be complicated,” the pair said collectively in an email to NOW.

“The brunch at Glad Day was always a bit of an escape from reality not only for our audiences, but for ourselves as well.”

The performers soon hatched a plan to rethink the show’s format outside of Glad Day’s walls. Drarry HDtv, a title that plays off of a ship name in the Potter fandom, follows characters “HP” and “DM”, two trans queer wizards whose relationship – due to a catastrophe in the magical world – has turned long-distance.

Audiences are invited to join the pair every Monday at 6 pm through Instagram live for a “dinner date,” as well as a morning-after tea on Tuesdays at noon.

The new show has not been without its challenges, though the pair are enjoying the change in format.

“It’s more of a ‘slice of life’ than the ‘larger than life’ show we once were,” they write. “Instead of coming and watching a lip sync, you are coming to see a glimpse into the daily lives of Drarry. A peek behind the curtain, when the wizards aren’t singing and dancing around a bookshop in their undergarments!”

Unfortunately, none of the people above – like so many others affected by coronavirus – are making what they would be if bars were open. For the moment their income is reliant on tips through PayPal or through other means like drinks delivery – and, unfortunately, no one is getting paid what they’re used to, now that tips, cover charges and ticket sales are no longer available.

Currently, Escayola, ZacKey Lime, and Qaptain are relying on PayPal donations whenever possible, while Longslice operates beer delivery services throughout the city.

With luck, the Canada Emergency Response Benefit (CERB) will help hosts and performers throughout the country. In the meantime, now – more than ever – is a good time to catch a show, play a round of trivia, or sing a song to support Toronto’s performers – ideally with a locally-made drink in hand.