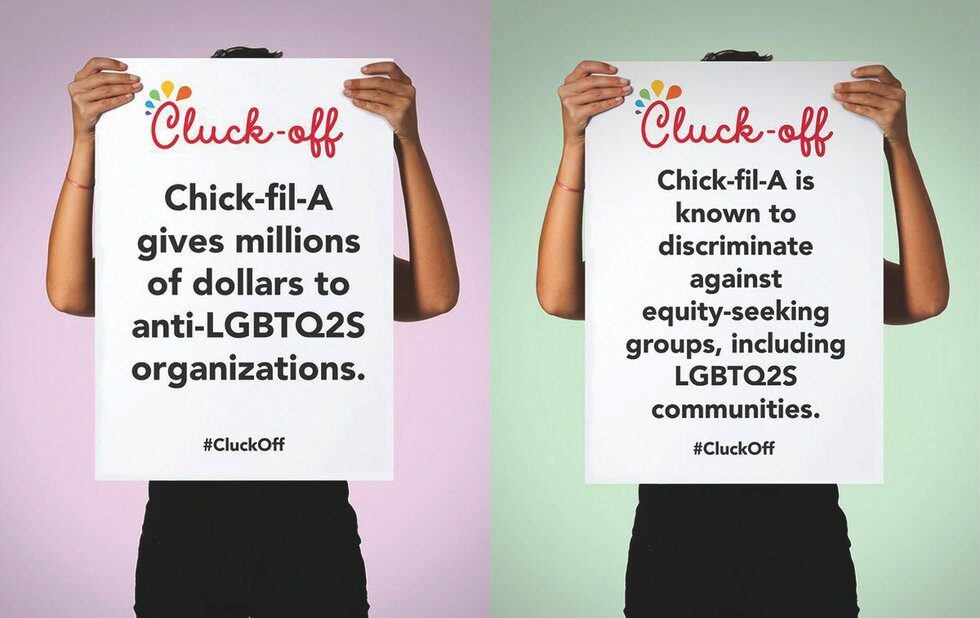 Chick-fil-A Toronto is set to hold its grand opening this Friday (September 6) at 1 Bloor East. As opening day nears, a backlash against the company has been gaining steam, largely thanks to their history of anti-gay donations and practices.

Animal rights group Liberation T.O. has announced its plans to protest at the restaurant starting the morning of opening day.

“We will be asking the public to boycott Chick-fil-A and donate to a local LGBTQ2 charity or animal sanctuary instead – we will have donation jars for these,” they wrote.

LGBTQ community centre The 519 has since thrown their support behind the protest, announcing they would host sign-making at the centre (519 Church St.) starting at 9:30 am before leading a march over to the restaurant.

“Chick-fil-A has given millions of dollars to anti-LGBTQ2S organizations, including known hate groups and proponents of conversion therapy, and continues to do so every year,” The 519 wrote in a statement. “Many US cities, campuses, and retail outlets have refused to allow Chick-fil-A to locate within their spaces, and/or have been vocal opponents of the corporation’s hateful values. Toronto and the rest of Canada need to be next in line.”

In the meantime, it looks like Chick-Fil-A is battening down the hatches against the impending PR firestorm: They’ve hired PR firm Navigator, famously retained by Jian Ghomeshi, to handle their launch.

The protest is scheduled to kick off at 10:30 am, but Liberation T.O. has said they hope to extend the protest action throughout the weekend as well.

For more details on the protest, visit Liberation T.O on Facebook.