With Save Hospitality and #OneTable, businesses are banding together to call for immediate supports to a hard-hit hospitality industry 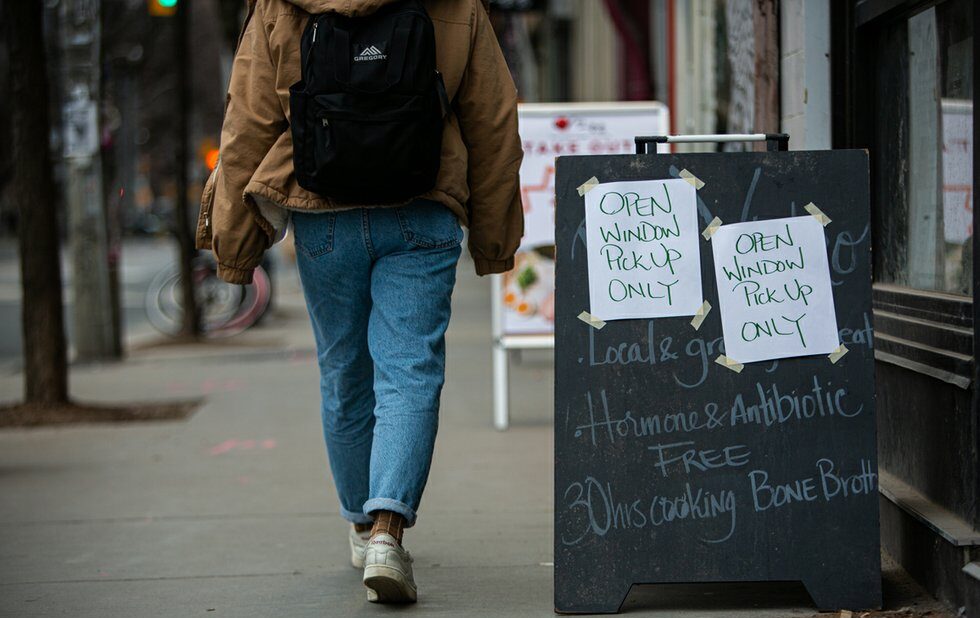 The restaurant and bar industry has been one of the industries hardest-hit by the COVID-19 outbreak, with Ontario’s restaurants mandated to either pivot to a takeout and delivery-only model or shut down entirely.

The massive impact of the pandemic has led independent restaurants to do something they’ve never done previously: Organize.

“There’s 90,000-odd restaurants in Canada, and a lot of industry experts are saying that without government attention, between 50 and 70 per cent of those will not reopen,” says Erik Joyal, who co-owns Ascari Hospitality Group and is one of the organizers behind the newly-minted group Save Hospitality.

“The cascading economic effects are unfathomable.”

The group, which counts Joyal’s business partner John Sinopoli, Andrew Oliver of O&B, and Dyson Forbes of popular Facebook group Food and Wine Industry Navigator among its co-organizers, has launched a petition calling for a wide array of government supports for impacted food businesses.

“Our livelihoods and those of our employees have been decimated in the blink of an eye,” the petition reads.

The current list of signitories includes dozens of restaurants from Toronto, Calgary, Vancouver and beyond, along with a tally of how many jobs have been impacted by the closures (25,000 affected workers and counting, as of press time). Companies represented range from larger restaurant groups – like O&B at 1,900 employees and Kinka at 800 employees – to small shops with just a handful of workers.

Meanwhile, #OneTable, a video awareness campaign backed by Recipe Unlimited (formerly Cara), features calls for aid from restaurateurs from both larger restaurant groups and independent operations like Superpoint and the Rushton. The campaign is encouraging other restaurateurs, servers, cooks and food industry workers to post videos their own online with the hashtag.

“Smaller operators or business owners, they need to know that someone is speaking for them and that we’re speaking collectively,” says Alex Rechichi, the CEO of Burger’s Priest, which Recipe Unlimited owns.

Both say there’s been a bit of a tendency among food businesses to see one another as competitors over the years, but that a coordinated effort to lobby government for change is now becoming key to the industry’s survival.

“It’s a huge industry – but what we don’t have, like manufacturing and airline and automative and stuff like that, is a huge union lobbying infrastructure, and one big voice with big CEOs at the table,” Joyal says.

While larger lobby groups like Restaurants Canada and Ontario Restaurant Hotel & Motel Association have been offering guidance, the Save Hospitality team saw an opportunity to speak directly to the concerns of indie restaurateurs.

First on Save Hospitality’s list of requests is some form of rent abatement that also allows for protections for landlords. “The first of the month is Wednesday, so that would be the most pressing issue,” Joyal says.

Another pillar is employment insurance. Save Hospitality asks for immediate EI benefits for laid-off staff, as well as 100 per cent EI wage replacement (instead of the existing 55 per cent) to account for the percentage of wages restaurant staff usually make in tips, which EI doesn’t cover. They’re also calling for an 18-month suspension of property taxes, abatement of business-related loans (both principal and interest), and lowering of interest rates on credit, among other demands.

Looking forward, the group is also asking for a stimulus package, ideally in the form of “cash stimulus distributed in the form of a forgivable loan provided by the banks, but funded and guaranteed by the federal government.”

“We’ve got around a million restaurant workers out of work, taxing the system,” Joyal says. Without a stimulus package to ensure businesses survive, “all the workers who will work in those restaurants will have to find other forms of work or be in the EI system.”

That also goes for businesses that feed into the restaurant industry, like food and vegetable suppliers, he adds.

So far, Save Hospitality’s supporters have been posting their own calls for support on social media, as well as contacting politicians at all levels of government.

#OneTable’s asks, meanwhile, are threefold: Immediate financial relief for businesses, protections regarding payment and bills, and support to reopen and rehire after the pandemic finally subsides.

“Most have lost their staff and a ton of inventory, and they’ve got bills to pay so they’re building up a mountain of debt – they can’t access more debt,” Rechichi says.

So far, the government has announced some measures aimed at helping small businesses, most notably a 75 per cent wage subsidy that will allow businesses to pay out up to $847 a week per employee.

While Joyal says he appreciates that government is “trying to take the pressure off,” he doesn’t see how a payroll abatement will help already-closed businesses with laid-off staff.

“I think what the government put out is a great start – but the next step is making sure the jobs that are lost are brought back,” Rechichi adds.

He anticipates that even after people get the all-clear to begin gathering in public once again, a significant shift in public behaviour – coupled with the pandemic’s financial effect – means it could be up to a year before the food industry truly gets back on its feet.

While there’s a long road ahead for the industry, Joyal says the level of collaboration and unity among food businesses has been heartening.

‘I’ve never been involved in anything like this before, and it’s been really amazing to see the level of enthusiasm and the reaction we’ve received, and how positive it is, and how much it’s brought the restaurant community together. It can be quite fractured and competitive, and that’s not the case right now,” he says.

“Everyone’s thinking about one another and collectively pulling through to get to a better place.”