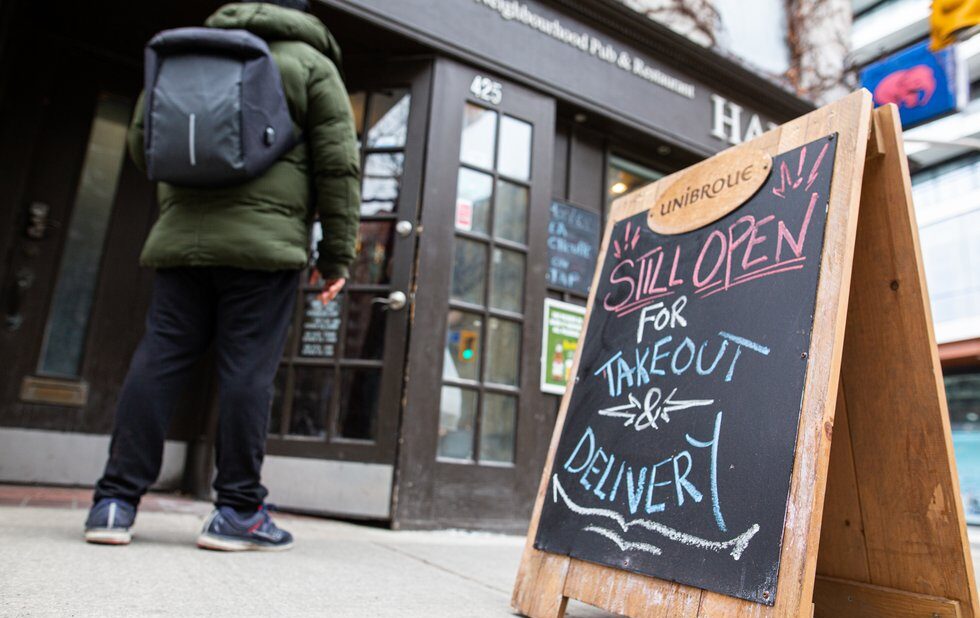 This week, like many others, Grace Gordon found out she was being laid off from her gig at a Toronto restaurant.

“I cried in an empty-shelved Loblaws,” she says. “It was like being in a sci-fi. All the shelves were empty, and there were two cops walking around, and I found out that I had just lost my job because of this pandemic.”

The changes at work had been rapid over the previous days – “like an avalanche,” as she puts it. Her workplace lives and dies on theatre crowds, and over the few days Mirvish held off closing its theatres, saw a dramatic drop in guests. Once Mirvish made the call to close, the restaurant promptly followed suit.

Gordon says she then applied to a couple of host jobs out of desperation. That was before she realized those jobs would be gone soon too.

On March 16, following a weekend of worry about whether or not restaurants would be able to stay open during the COVID-19 outbreak, the city asked that all restaurants and bars be shut down, except for delivery and takeout.

The result: Every server and bartender in Toronto – and nearly every member of kitchen staff – was now out of work.

“We all lost our jobs in three days,” says Will Dean, who bartends at Hi-Lo Bar on Queen East.

Dean is part of Service Workers Toronto, a newly-formed group created to advocate for better supports for laid-off service workers during the COVID-19 crisis.

Workers with low-paid and precarious jobs, including those in the service industry, have been a concern as the pandemic mounts. Dean points out that the closure followed two weeks of slow sales and cut shifts – so workers were even more poorly prepared for the blow that followed.

Even if a worker has cleared the threshold of hours worked to qualify for EI, that only pays out 55 per cent of your hourly rate.

“The main concern is that a lot of low-wage workers are paying about 50 per cent of their paycheque toward rent in this city – and if you’re only getting 55 per cent of your average income, that doesn’t leave much,” Dean says.

On top of that, a significant number of service workers, particularly front of house staff, are only paid $12.20 per hour, with the rest made up in tips Gordon says gratuities usually account for two-thirds of her take-home pay. But tips, for the most part, aren’t insurable under EI.

“We’ll end up making a fifth, maybe a quarter, of what we made before, if we are eligible for EI,” Dean says.

While the federal and provincial levels of government have announced a number of sweeping bailout measures set to be passed in an emergency parliamentary session Tuesday, including EI-level benefits for those who are sick, caring for dependents, or unable to claim EI, Dean says little of it seems to be directly relevant to a large proportion of workers who are left struggling.

“It’s typical. We’ve seen this kind of thing before with economic crises in the past, where the loudest voices – which tend to be the wealthiest voices – get fed first.”

With rent day looming on April 1, Service Workers Toronto is calling for both rent and mortgage freezes, joining a growing movement in the city. While mortgage relief has been included in early COVID-19 stimulus efforts – with Canada’s big six banks assessing deferrals on a case by case basis – rent relief has not yet been broached by provincial or federal leaders.

“The half-measure we’re seeing right now is ‘no evictions,’ but that doesn’t address the economic situation,” Dean says, adding that the stay on evictions means the government is obliquely acknowledging the crisis will cause people to default on rent, but without addressing the financial root cause.

Dean adds he and his fellow organizers would like to see moratoriums placed on hydro and gas, cell phone, credit card and other bills, but that they’re primarily organizing around one tangible goal. He adds rent freezes have already been seen in other countries, including France.

In the longer term, workers also worry about their prospects once the COVID-19 outbreak is under control.

While restaurants could eventually be given the green light to reopen, there’s no guarantee that their workplaces even will survive the shutdown – and with so many other potential diners in Toronto recovering financially from their own job losses, it could be a long time before the restaurant sector rebounds.

Business owners have been calling for increased support, and industry group Restaurants Canada has been calling for stronger protections regarding mortgages, rent payments, tax flexibility and payroll reimbursement.

Dean predicts he’ll be back at Hi-Lo eventually, but other servers aren’t feeling as secure.

Robin, who asked to use a pseudonym due to fears of reprisal from their workplace, worked as front of house staff at a popular vegetarian restaurant, and was let go without pay this week, along with over 50 of their colleagues.

They were told they’d be officially laid off by their employer so they could claim EI, but were reassured they’d be re-hired when the restaurant reopens. Robin has since attempted to get that claim put in writing – with no luck so far.

“Not having any income at all right now, and not even having any job security or guarantee there will be a job for me to come back to, is really taking a toll on my mental health.”

Gordon says her finances are stable at the moment others, she acknowledges, others aren’t as lucky.

“I think that there have been so many industries that lost work in the blink of an eye that something’s got to give,” she says.