Restaurant's owners say their landlord is demanding $70,000 in back rent for them to reopen after fire 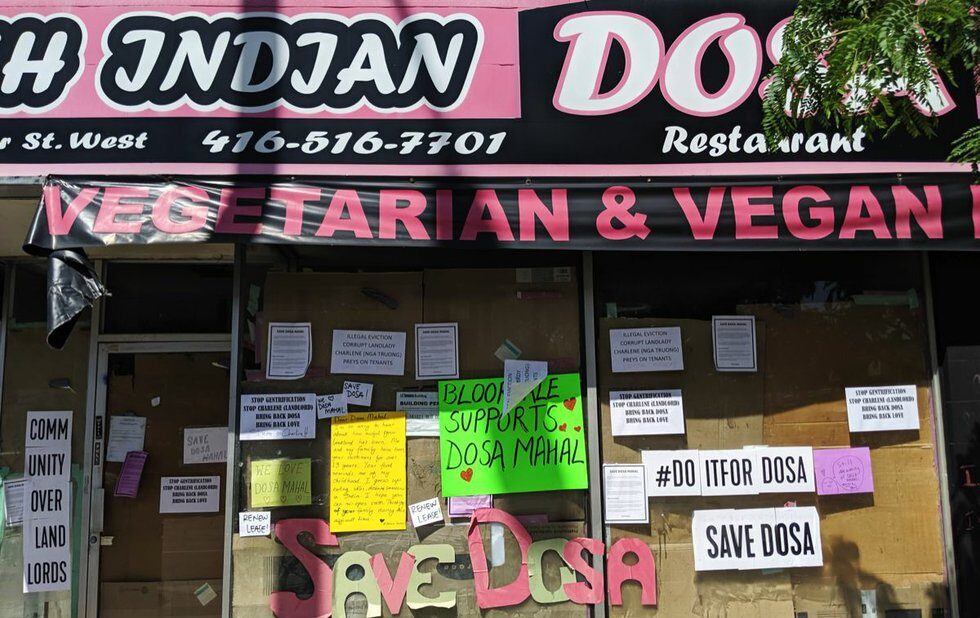 It’s an increasingly common tale in Toronto’s restaurant world – a beloved local fixture closes due to a falling out with the landlord.

But instead of letting South Indian Dosa Mahal go quietly, fans and friends in Bloordale have launched a campaign to keep the shop in its current location.

The family-run restaurant, which has occupied a corner space at 1262 Bloor West (at Emerson) for 10 years, was closed after a fire in March of 2018 at Brock Sandwich several doors down, causing significant smoke and water damage to the surrounding buildings. Since then, the owners have been waiting for the space to be readied for them to go back to serving their signature vegetarian South Indian eats.

“They’ve been through such a horrible two-year experience, being isolated from the restaurant,” says Beulah Logan of her parents, Logan Vaithilingam and Naomi Logan, who run Dosa Mahal.

“They don’t know what to do. Their life was the restaurant.” 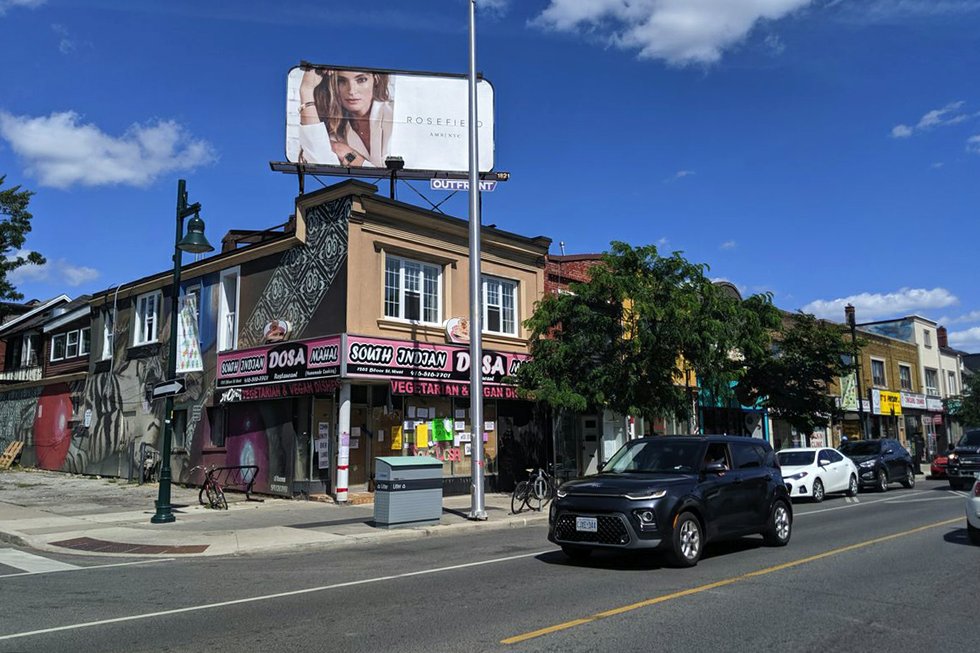 Last month, Logan says, Dosa Mahal’s landlord suddenly asked for 17 months’ back rent – to the tune of $70,000 – for the time the restaurant was closed.

Since then, community members have held a rally in front of the shop, begun passing out flyers at local businesses, and raised over $6,000 to help the family hire legal representation through a Facebook campaign.

For the organizers, it’s a race against time Dosa Mahal’s lease is scheduled to end August 31.

“This is not a particular situation – this is endemic to so many neighbourhoods in Toronto,” says Swathi Sekhar, one of the founders of the Save Dosa Mahal Facebook page. “There are so many people pushing businesses, especially low income ones and people of colour, out.”

After the fire on March 24, 2018, Logan says the family was initially advised by their landlord that everything would likely be repaired within four to eight months. But the summer, fall and winter passed with very little work being done, she says. 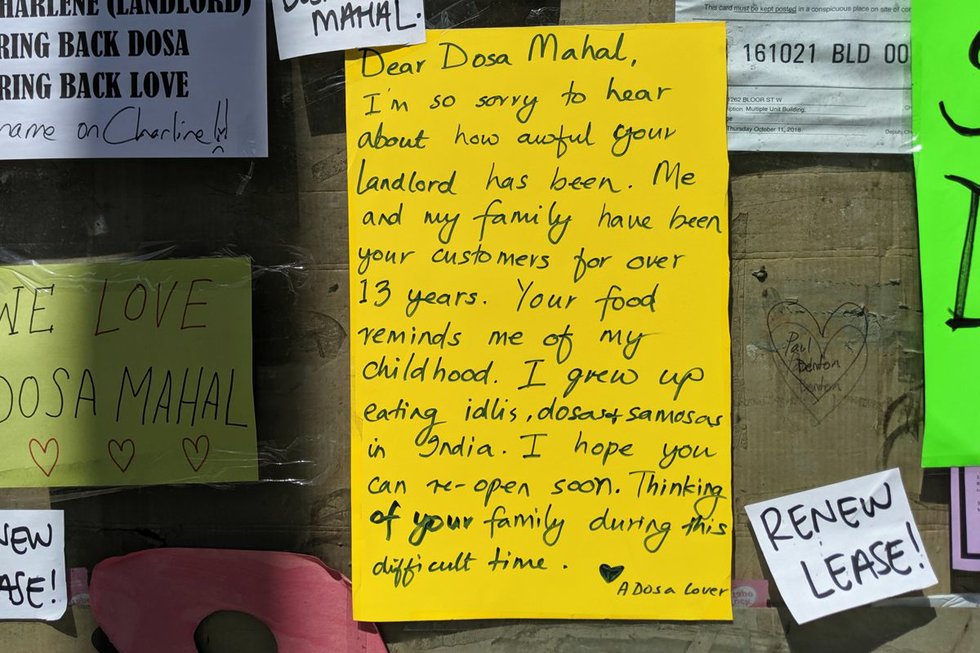 Finally, last month, as the space got close to completion, Vaithilingam went to meet with the landlord Logan went with him to translate.

The landlord told Vaithilingam that she intended to raise their rent, and that she wanted to cap their new lease at two years. Finally, Logan said, she told them the only way she would renew their lease was if they paid back rent for the 17 months the restaurant was closed.

Logan maintains that this was the first they had heard of any outstanding rent payments, and that they had been told that their landlord’s insurance would cover the rent for at least the first year, up until March 2019.

Logan said the family double-checked with their own insurance company whether they should be held liable for the costs and went back to the landlord.

“But she thought that we looked into her insurance, and because of that, she said she was rescinding her offer and we needed to vacate the premises immediately,” Logan says.

“We didn’t think (the event) was going to be that big. But when we arrived, there were so many people, so many of our friends, so many customers, so many people we had relationships with, all trying to find a way to help my parents,” Logan says. 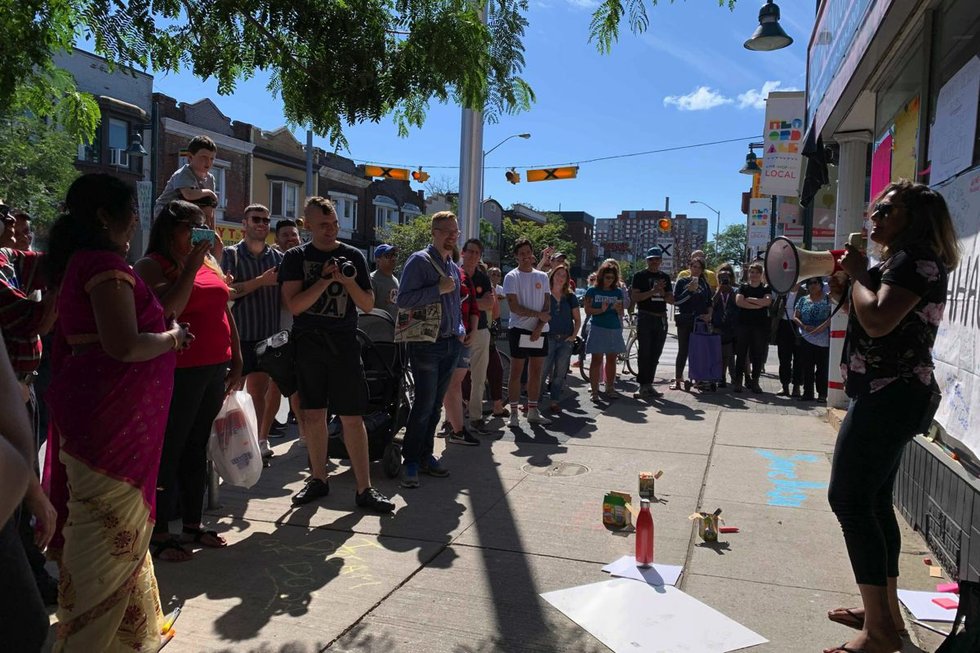 The Monday after the rally, Logan said, the landlord changed the locks and tore down signs of support that had been taped on the windows. “All our equipment is still in there – we can’t get to it.”

The landlord also posted an eviction notice, which Logan says they had not received up until that point. Logan says, their lawyer is fighting to get the doors reopened.

Some community members, Sekhar says, have asked why Dosa Mahal doesn’t just look for another location in the area. “In principle, they shouldn’t have to move – they’ve been here for 10 years, faithfully paying rent. This is their home,” Sekhar says.

The family actually did consider moving to other locations, Logan adds, but new leases were significantly more expensive than what they were previously paying. Many spots, including a storefront that Dosa Mahal had actually occupied several years before, are now refusing to take on restaurants as tenants.

Logan says the family intend to pursue the matter further in court, in the event their lawyer can’t get the restaurant re-opened. In the meantime, their family is turning their focus toward a new termporary location in Mississauga.

“The end result we want is for us to stay there. It’s our community.” 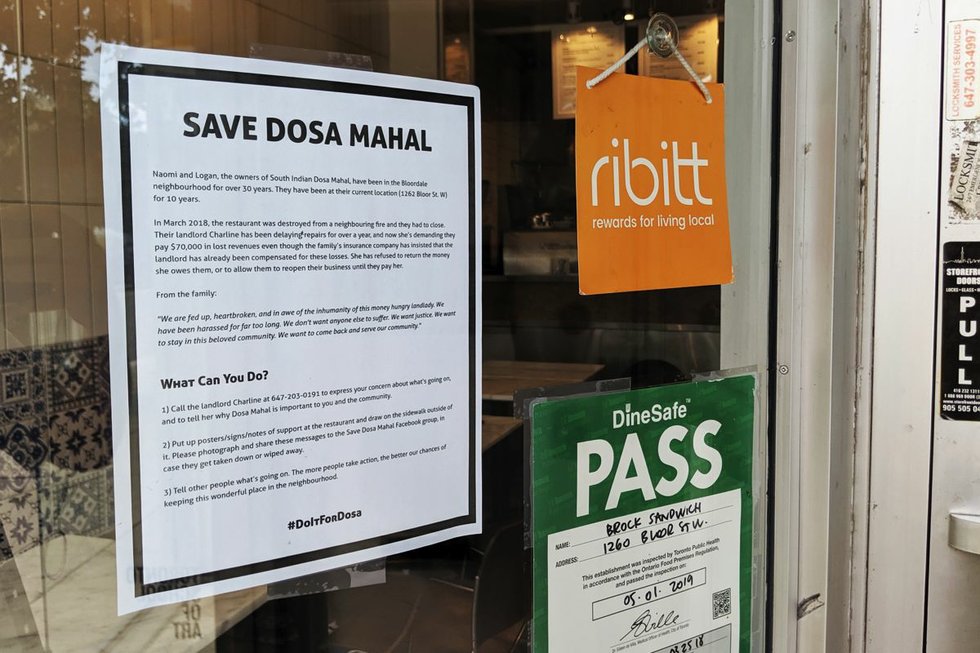 A “Save Dosa Mahal” flyer posted in the window of Brock Sandwich.

At the original location, the signs and sidewalk chalk bearing messages of support have reappeared outside, and several local businesses along Bloor have posted “Save Dosa Mahal” flyers in their windows.

Though the experience has been a struggle, Logan says, the family is heartened by the groundswell of support.

“It’s so heartbreaking that this is basically being ripped out of our hands and we can’t do anything – well, actually, now we can, because the community’s coming together and our story’s being told.”

NOW has reached out to Dosa Mahal’s landlord and will update the story with their response. 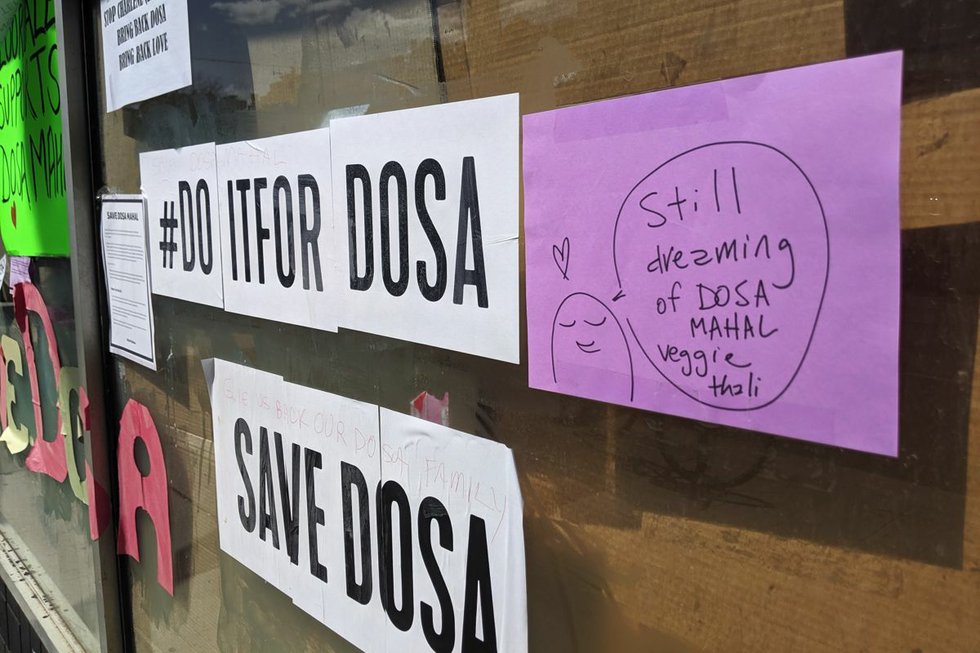