The return of Matty Matheson

Toronto chef-turned-TV host dishes on his new restaurant, his massive music fest, his new cookbook, and finally growing up (no, seriously) 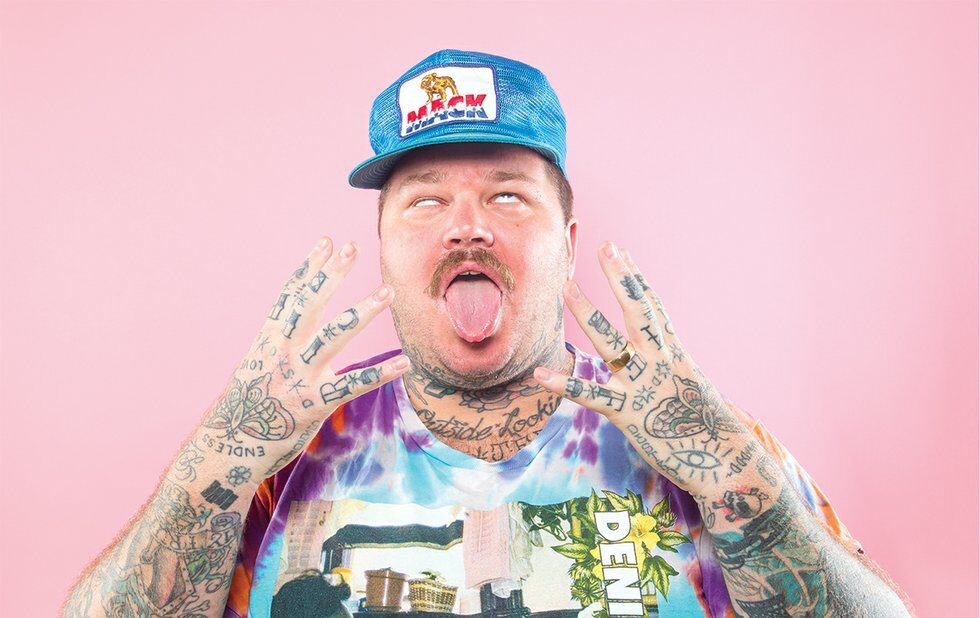 It takes a lot to get Matty Matheson star-struck – but during a recent trip to L.A., he had a brush with Hollywood royalty.

“I was sitting on the patio of some French bistro, and Rhea Perlman walks by with her dog,” Matheson says, visibly thrilled at having spotted the Cheers actor in the flesh. “That’s the best L.A. thing ever!”

Sitting in his Parkdale office, he scrolls (and scrolls) through his selfie folder, searching for the one he snuck with Perlman in the background.

There’s Matty in England, in Australia, in Japan, with Jimmy Kimmel’s sidekick Guillermo Rodriguez, with fans in auditoriums, with friends at festivals. (Rhea, a needle in a haystack of grinning Mattys, never turns up.)

“I mean, Bradley Cooper walks by – who gives a shit? But Rhea Perlman! It was like seeing a celebrity walking around in Parkdale or something.”

For a while, Matheson was that celebrity you’d see walking around in Parkdale – though in recent years, you’d be just as likely to run into him anywhere else on the globe.

With his full bodysuit of tattoos, expletive-laden vocabulary and hoser-Guy-Fieri hosting presence, Matheson has become Toronto’s best-known food export. But, paradoxically, he hasn’t been doing a whole lot of cooking – or a whole lot of anything – in the city since leaving Parts and Labour, the now-defunct Parkdale kitchen and live venue he helped open in 2010.

In 2016, Matheson got a gig as the host of Vice travel and food show Dead Set On Life, and spent a year pinballing from Finland to Florida to Vietnam to Nunavut. Then he made a follow-up, the cooking show It’s Suppertime. Then he toured behind his first book, the aptly titled Matty Matheson: A Cookbook.

Patching all these projects together: appearances at food and music fests, a recent side hustle doing speaking gigs and the odd appearance on late-night network TV – making stuffed pasta shells on Kimmel and fresh-ground cheeseburgers on Seth Meyers.

All of this, he says, has turned his wife, Trish, and two young kids, Macarthur and Rizzo, into the only anchors keeping him close to the city. Since October, he hasn’t been home for longer than 12 days at a stretch.

At the end of this year, that’s going to change. 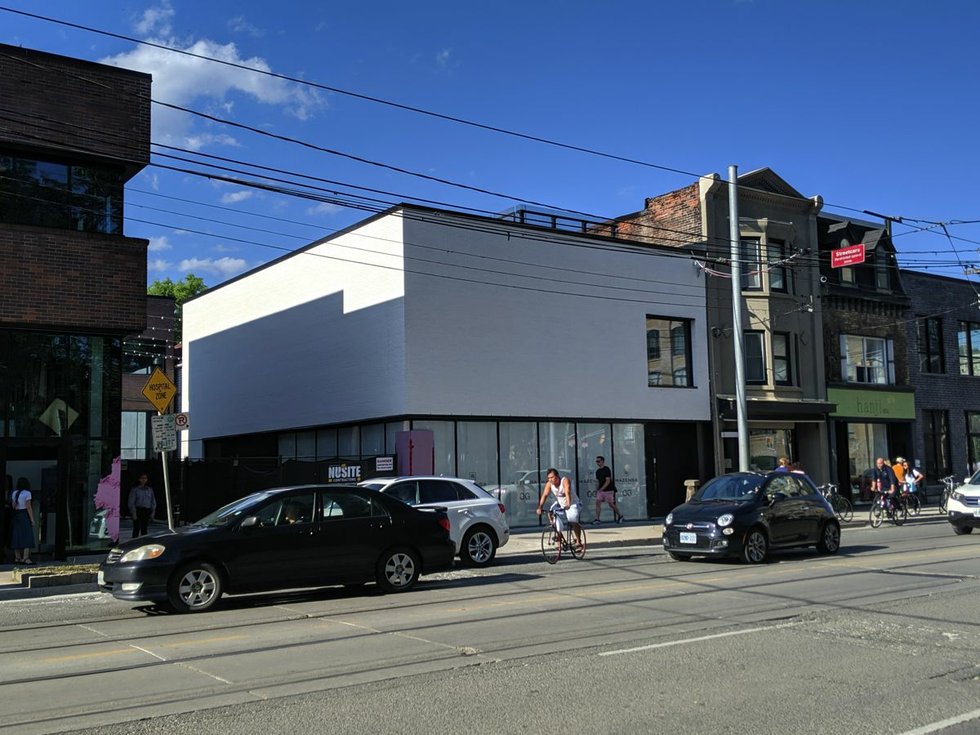 Matheson is about to open his first Toronto restaurant since Parts and Labour, an as-yet-unnamed project set to take over a freshly built white brick building in front of the former MOCA space at Queen and Shaw, a few steps from where his first restaurant, Oddfellows, used to be.

He reveals precious few details about this new project, though it’s been in the works for three years. That’s unusual for Matheson. “I’ll talk forever – especially about myself,” he deadpans. “I’m a humble narcissist.”

He’s candid about his struggles with addiction, constantly documents his travels and new projects on social media (complete with his signature all-caps captions Matheson is an all-caps kind of dude) and has posted so many naked toilet selfies, his followers could probably identify his belly tats on sight.

“I’m so about putting my entire life out there,” he says.

“So for this restaurant, I’m kind of doing the opposite. Like, I still don’t think I’m going to do an Instagram account for it until the day we open.”

Matheson is working with Omar Gandhi, the architect behind the overhaul of east-side brunch spot Lady Marmalade, on the new space, along with some unnamed partners, and the team has been taking time to agonize over every last detail.

“How many meetings have I had about the toilets?” Matheson asks. “A lot. More than I’d like to. But it’s because I want everything to be right. I’ve thought about the floorboards, the tile, the sconces, the light switches, the door knobs, the way the rooms are gonna smell, the temperature.”

He extols the virtues of the restaurant’s new lighting system: “They use it in, like, museums and churches, and it always has this magic-hour-type glow.”

His dream, he says, is to be able to bring his children up with a restaurant in their lives, to be able to bring them by and prop them up on the bar. “The world is so trashed and, like, everything is so wild, that I just want to create a place that is very welcoming.”

This Matty Matheson, a guy who’s patient and detail-oriented, might seem like a marked departure from the guy you’ve seen screaming on TV. He’s certainly not the guy some local scenesters might remember as being the sloppiest dude in the room on any given night at Parts and Labour.

“It’s almost like I’m coming full circle,” he says. “I had a full career in Toronto, an amazing career – and then I had the opportunity to travel the world. And at the exact same time, I got clean and sober. And I’m a very different person than where I was five or six years ago.” 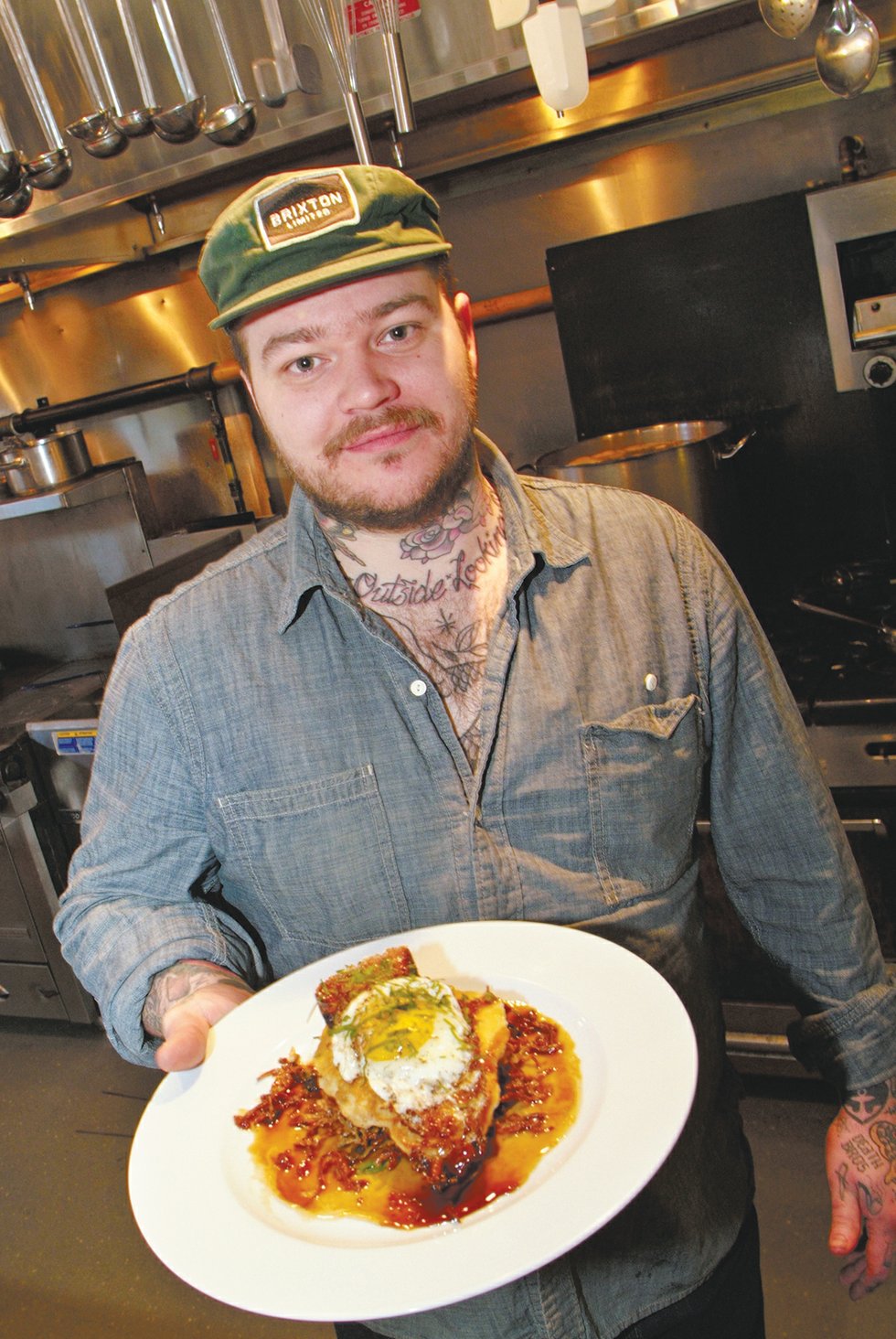 Matheson has described his earliest days as a cook, in the kitchens of Toronto staples Le Select and La Palette, as “Kitchen Confidential every day” – a haze of pre-service beers, mid-service brandy shots and heroic amounts of coke (and acid and mushrooms and MDMA).

When he moved up to head chef status at Oddfellows and P&L, he was no longer confined to the kitchen, and the parties got more intense. A heart attack at 29 served as a wake-up call, though he didn’t fully heed it right away it took him another year to properly get sober.

Among the more debauched evenings of the P&L era was Mattyfest, a birthday bash that featured a lineup of Matty’s musician friends, specially made merch and an industrial-strength quantity of substances.

“I’ve never remembered any Mattyfests before, literally,” Matheson says. “They were all so mental.”

But not long ago, he started thinking about reviving it as a real-deal event, one with bands he loved on the bill and his favourite restaurants serving top-shelf food.

“My manager was in a meeting with Live Nation, and literally he was like, ‘Live Nation is in!’” Matheson says. “We’re like, ‘Okay! Now we have to make Mattyfest!’”

The result, a one-day affair with the Wu-Tang Clan and Descendents headlining, takes over Echo Beach on September 7.

The lineup came together organically, he says, though Matheson was originally pulling for Neil Young to co-headline. Most of the artists are friends, like Jennifer Castle, a former La Palette coworker whom Matheson calls “the greatest singer/songwriter in our country.” A few even played the original Mattyfest back in the day, including METZ.

“I was part of the same crew of 15 to 20 chefs that are at every festival, and I was like, I just want to get people from the restaurants that I love going to in the city.”

This evolution from the basement-bender Mattyfest to a multi-stage music festival is emblematic of his new approach. “It’s a good representation, even, of what I’m gonna be doing with my restaurant how I kind of move now how I want to, I guess, take care of myself,” he says. 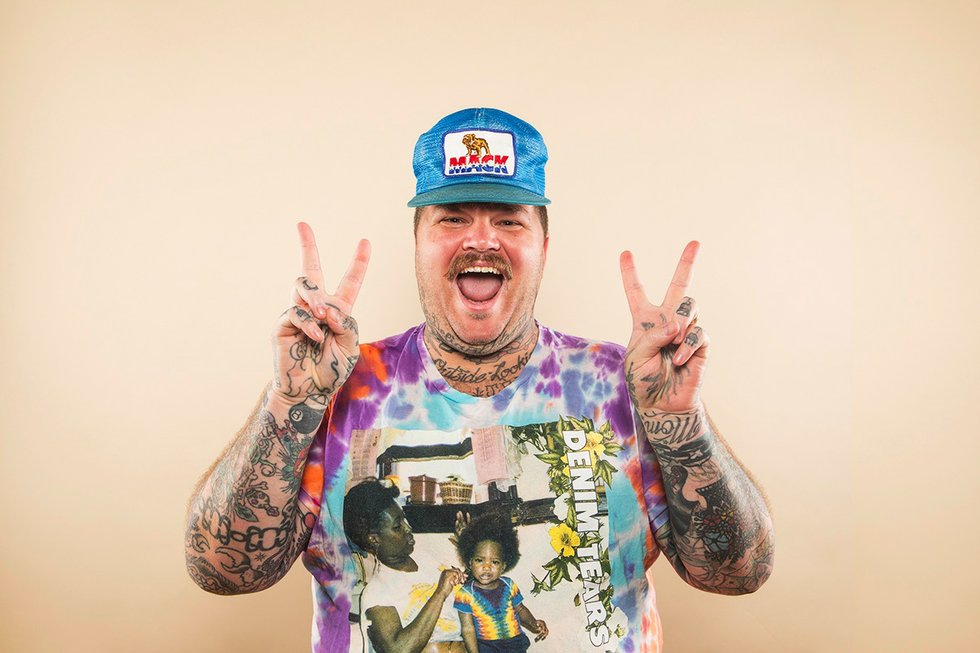 What he’s not doing is slowing down. On top of the restaurant and the festival launch, Matheson is also working on a clothing line, a podcast launch, a new cooking series on YouTube and a second cookbook. His reasoning: “If I have 20 balls up in the air, I’m gonna be able to land, like, three or four of them.”

The clothing line is in the sample-making stage. Matheson describes it as practical, unisex basics, to be produced in a Toronto factory.

The YouTube show was shot locally on Matheson’s own dime, with no networks or outside support involved (“Fuck everybody”). Though he’s grateful for the time he got to spend working with bigger companies, he realized he could make the stuff he wants to make faster on his own.

The podcast is a similarly DIY affair. It’s a series of conversations between Matheson and his pal Alex Erdmann of the California-based clothing company Born x Raised. (They’re calling it Powerful Truth Angels.)

Those last two, he says, might not even make money. They’re trying to find a sponsor for the podcast, but he might just put it online regardless, and the YouTube demonetization filter isn’t kind to those who cuss as much as Matheson does. “The way I talk is the reason people like me,” he says. “I’m not going to change who I am.”

Then there’s the book, which is going to be a practical, back-to-basics guide with over 200 recipes spanning bread to soups to vegetarian dishes. He’s aiming to appeal to a broad range of diners and readers, which came from the fan reaction to his first book: “It was really crazy to see how many people not only told me, ‘This is my first cookbook’, but also, ‘This was my first book’ – which is such a wild thing,” he says.

“As chefs, we’re like, ‘Do we really need a book with another chicken stock and aioli recipe?’ I’m like, maybe, because the people who are gonna buy my book don’t own every cookbook.”

The Matty Matheson fan demographic, he says, “is weird and wide-ranging”. Though it skews decidedly bro, he gets everyone from kids to grannies showing up at his events.

With so many fingers in different pies, Matheson says he doesn’t necessarily see himself as a chef anymore. “Restaurants are just one cog in my wheel. I’m in a position where I truly do not care if anyone calls me a chef again. I want to only do things that make me happy.

“I always say that I’m just dumb enough to do it. I’m not fearless, but I’m definitely more afraid of not doing something. Like, if I do Mattyfest: What if it doesn’t sell out and I look like a chump? But like – why not? Who else gets an opportunity to have their own festival? Drake. One guy.

“I’m nothing compared to that. But someone thought we could do it, and that’s good enough for me. If you give me a crack, I’m gonna open it wide up.”