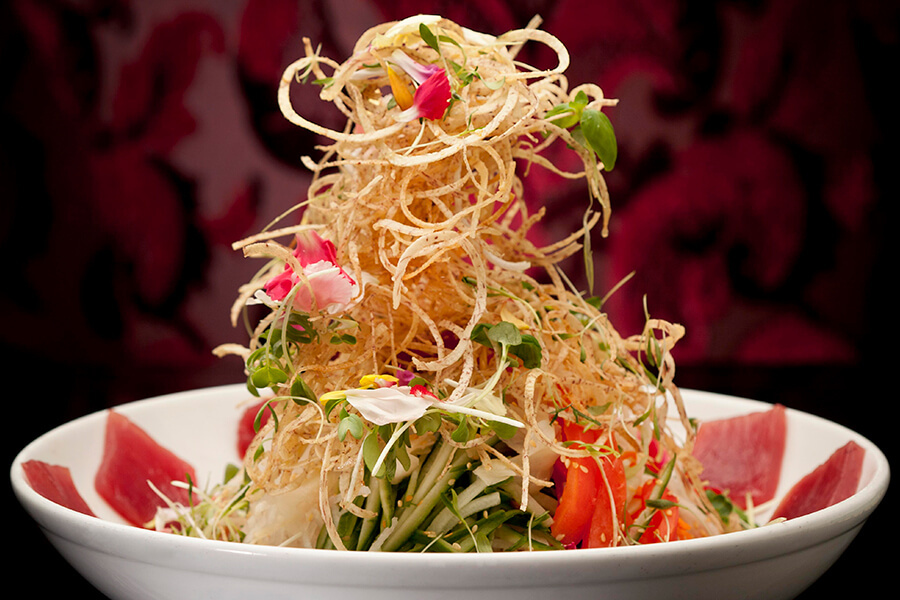 The Singapore slaw at Lee

Despite the lockdown, many Toronto restaurants opened this week.

Other new Toronto restaurants include a Thai restaurant on the Danforth, a specialty coffee spot in Liberty Village and a pizza conglomo super-collab with multiple Distillery restaurants like Cluny Bistro and El Catrin.

Here’s what opened and closed the week of November 25-December 2.

The Mediterranean restaurant in the heart of Liberty Village closed permanently this week, posting on Instagram that: “This devastating pandemic has forced our hand financially.”

Offering coffee, wine and brunch to go, this Distillery District coffee shop opened a location in Liberty Village. They serve specialty roasts from all over the world and fresh baked goods and treats.

Pastry chef Jill Barber, formerly of Blackbird Baking Co and the Paradise Theatre has opened a bake shop on College near Ossington. The shop is in the old location of The Bake Shoppe. It’s currently a one-woman show: She’s baking lemon meringue cakes, flakey French pastries and serving Propeller coffee.

Another Distillery transplant branching out, Boku opened another location near Yonge and Wellesley. They have a stocked menu for any Japanese food craving, from sashimi to ramen to fried chicken.

This Chinatown favourite has opened a location in midtown on Yonge, south of Eglinton. Steamed and pan-fried dumplings are the specialty but they also serve cumin-fried chicken, pan-fried green onion pancakes and wonton soup.

This classic Thai spot is now available on delivery apps like Skip The Dishes. They serve everything from lemongrass soup to massaman curry.

This new brewery near Danforth Village is family-run, Indigenous-owned and creates small-batch, custom beers. The first batch, a pale ale called That Was Easy, has already sold out.

The Abibinam Project is popping up inside of The Tempered Room in Parkdale. It’s a non-profit highlighting social injustice as well as foods from Africa. This weekend they’re selling condiments, spice mixes and featured dishes to raise money for African Food Basket’s food insecurity initiative.

Budapest Restaurant moved from Gerrard and Woodbine to a new home at 2183-2185 Danforth.

Fresh now is available on Ultimate Kitchens through Door Dash, which allows people to order delivery from multiple restaurants at once.

The Junction Italian restaurant Vesuvio, which closed earlier this year, is having a liquidation sale.