Roundup of restaurant, bar and bakery openings and closings for the week of September 29 to October 6 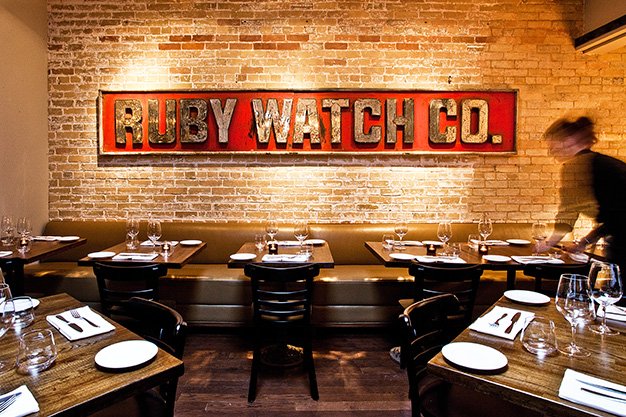 It’s difficult to keep up with all the Toronto restaurants that we’ve lost over the past six months.

The restaurant and hospitality industries continue to bear the brunt of COVID restrictions and health and safety precautions. And many restaurants and bars haven’t been able to weather the storm.

Optimistically, many restaurants are still opening their doors in the midst of the pandemic. Some have closed indoor dining and offer takeout, delivery and patio service only.

To keep on top of all the rapid changes, we are starting a weekly roundup of what’s opening, closing for good and temporarily closing due to COVID.

Toronto’s culture is lacklustre without its restaurant and bar scenes; those that have been lost will be sorely missed.

Here is what opened and closed between September 29 and October 6.

The beloved traditional Chinese bakery, a fixture in Chinatown for over 30 years, closed last Tuesday. Community members have put together a GoFundMe to help out-of-work employees.

Ten years in and this Riverside farm-to-table restaurant from award-winning chefs, Lynn Crawford and Lora Kirk is calling it quits.

This Yorkville sushi institution opened in 1978. The laid-back, cozy setting and dependable menu made it a neighbourhood go-to.

Featured on our list of best hidden patios in the city, the Walton was a sophisticated and charming cafe and cocktail bar in Little Italy. They had their last hurrah on Saturday.

The Blue Jays Way restaurant was a go-to for pre- or post-game drinks for Toronto sports fans for 27 years. However, the building has been sold to a condo development.

*Includes restaurants that are open but without indoor dining

Last Tuesday, the neighbourhood spot announced on their Instagram that they would no longer be seating guests indoors. They are still open for dining on the patio (with heaters).

This new concept kitchen in Moss Park is trying to appeal to everyone, with four menus to choose from: Middle Eastern, poke and smoothie bowls, pub food and seafood.

The name makes it pretty straightforward, get fresh Congolese coffee and sweet beignets at this new Gerrard Street East cafe.

This pop–up at Bathurst and Richmond launched October 1 and runs until Thanksgiving. Go for the wood-fired pizza and pasta, soups served in pumpkins, the wine bar and paint nights.

This spot with the self-declared “best comfort food in Toronto” moved from their Parkdale digs closer to Trinity Bellwoods last week.

The restaurant that took over Shogun is serving upscale omakase from the people behind the Kibo sushi chain.

A new addition for lunch on Dundas West. This sandwich joint offers decadent Italian classics like prosciutto and dry-cured capicola with mozzarella cheese.

Parkdale gets another local watering hole with Larry’s Folly, a cafe and bar serving the owner’s family recipes.

Another Sam James Coffee Bar outpost. This one, on Brock in Parkdale, is a joint venture with Robinson Bread, known for their sourdough and pastries.