How one Toronto neighbourhood banded together to reduce food waste 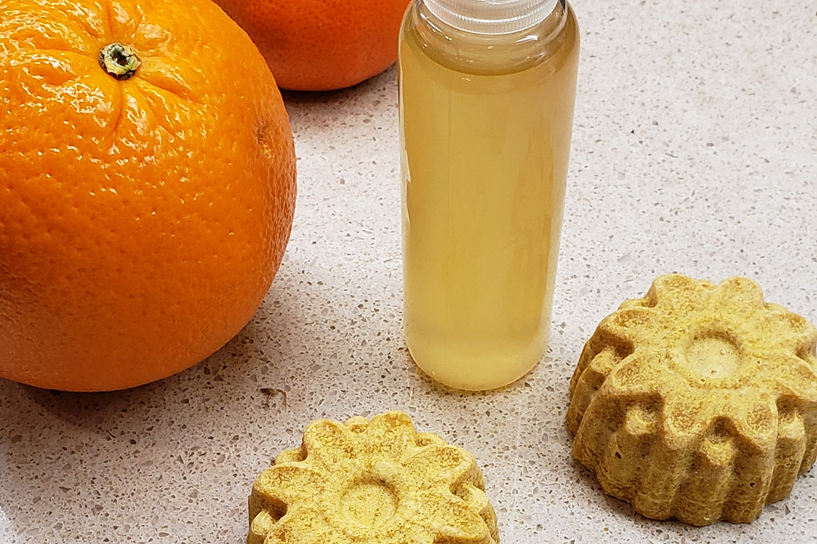 Friends of Parkway Forest Park made soap from food waste

(This story is sponsored by Live Green Toronto.)

Over the holidays, a community of residents in Don Mills and Sheppard vowed to reduce their food waste. Now, their efforts are really bearing fruit – in more ways than one.

It’s helped the residents cut down on what they throw out, but it’s also built something up: the community.

“Most of us are immigrants and newcomers here,” says Tahereh Mirbabaie, who led one of the workshops. “So it is good for us to understand the problem of climate change and what it is to be in the future. Now we are aware. And we should tell the children. Because what is tomorrow’s life if we don’t take action now?”

“It was about food waste, which was a really eye-opening topic for a lot of our members,” she says. “But it was also a reason to meet online with our neighbours and see how they’re doing during COVID. It was great to have a set of workshops that talk about something other than mental health, but that are actually also a way to work on mental health.”

Each led by a different resident volunteer, the four virtual workshops taught the community about their home food waste, their personal energy and water consumption, food waste in retail and in the supply chain, and taught them to make new use of food products they’d otherwise throw away. The FPFP members tracked what they were throwing away, what they were consuming and made holiday gifts from food waste.

They sent each other photos over WhatsApp and turned each into a friendly challenge. Courtesy of a Climate Action Fund from the City of Toronto’s TransformTO climate action strategy, they won prizes. Then they had an online party to celebrate. As much as they learned, the workshops were as much about FPFP rallying around something as a group and checking in each other as neighbours.

FPFP’s members are multi-generational and from a variety of different backgrounds. There are teenagers, working mothers and seniors, and everything in between. So rather than design one-way workshops, they tapped into everyone’s individual experience and their connections in the neighbourhood.

“It’s been such a valuable experience,” says Cuciureanu. “I love to see everyone’s messages on WhatsApp. They’re still coming in all the time.”

One of the final projects was to create soap out of food waste. Over the week, the 20 participants collected four kg of orange and citrus peels. The peels took two months to cure, and after running several different recipes and experiments they came up with a liquid soap to wash surfaces and dishes without the use of chemicals.

A restaurant in the neighbourhood donated five litres of used cooking oil, which they mixed with sodium hydroxide to make traditional Egyptian soap (suggested by community volunteer Ali Abdel Ali, whose family has been making soap for generations). The soaps are drying now, then they’ll put them through trials to narrow down the best recipe.

If the liquid and solid soap recipes work, they plan to expand their production to get at least 2,021 residents and 21 restaurants to participate. (The number was part of a New Year’s resolution).

The residents who donate the material can get the soap for free, while the rest will be sold to cover expenses. It’s a small-scale example of a circular economy, designing waste and pollution out of the production process. It brings the neighbourhood closer together, too, and advertises local businesses, while reducing food waste and CO2 emissions.

Now that they’ve piloted the Fun Food Waste program, FPFP is hoping to establish a permanent program and train more members on how to lead workshops. If all goes well, they’ll do it again next fall.

“We’re really grateful for the learning experience,” says Cuciureanu. “And for what we can learn from each other.”