Ask a local bartender to name a few of their preferred haunts and there’s a 90 per cent chance that Civil Liberties will be one of them.

Freestyle cocktails might be the house specialty, but foremost it’s just a bar – a warm, buzzy nucleus for everyone. Despite a back bar overflowing with nice things to drink, Civil’s reputation is built on good vibes, and the attentive service here lives up to the giant thatched pineapple (a symbol of hospitality) on the facade.

Hanging out all night is an even shinier proposition now that tasty Vietnamese dishes from sister spot, Vit Beo, can be delivered direct to your bar stool. 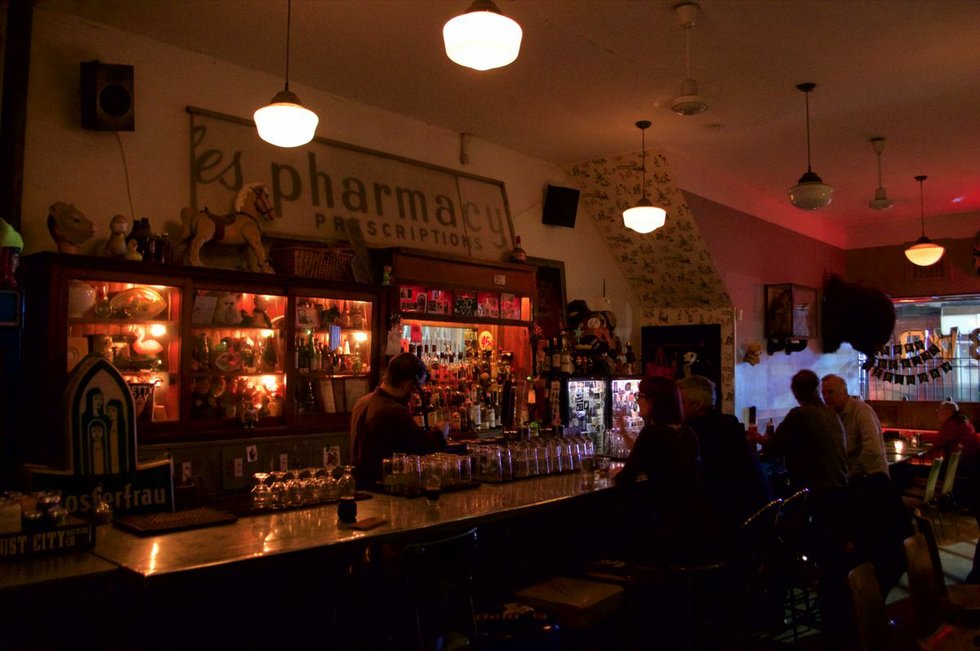 In deep Parkdale, there’s a particular paradise that’s so dark inside you could walk by without realizing it’s a bar open seven nights a week.

Regulars congregate around it and its inimitable proprietor, Chris Harper, to request something special from the fridge, packed with a hand-picked selection of sours and delectable tall cans. There are great things on tap, too – super-fresh local IPAs and usually a killer cider from Revel.

Order a whisky, sure, but don’t dare utter the word “cocktail.” 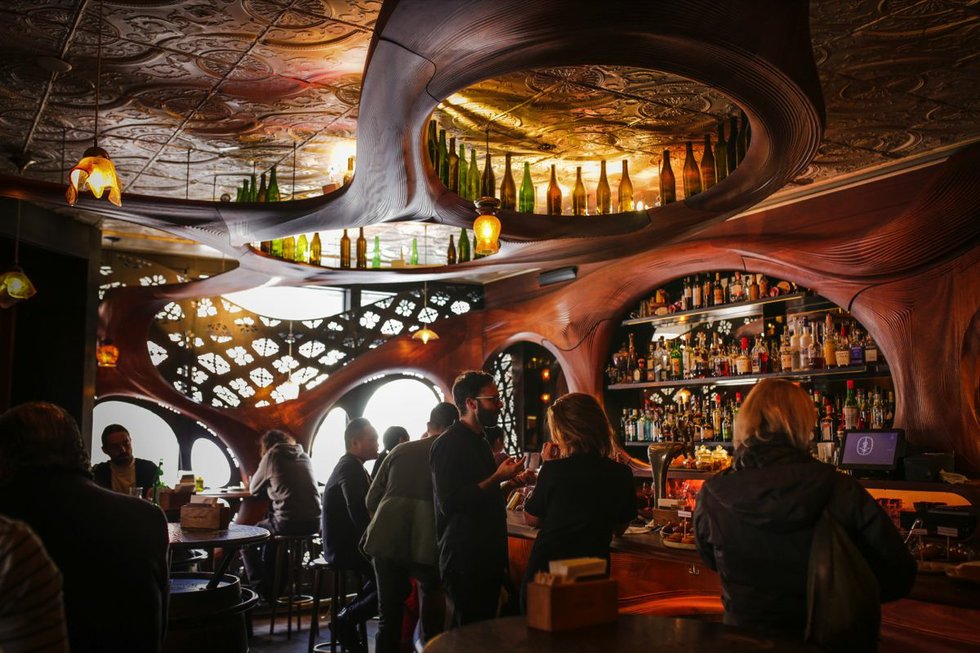 Raval is the sole Canadian entry on the illustrious World’s Best Bars list, so I’d be remiss not to include it on this one.

Any Torontonian knows that the drinks (coffee included), service, snacks and architectural dynamism at this four-year-old bar are all on point – this is probably the country’s most unique watering hole.

Cocktails are light and layered, with extra attention paid to low ABV drinks – try the Business Lunch with house amaro, plum wine, yuzu and verbena, $13 – and non-alcoholic Placebo cocktails that complement the punchy pintxos and especially suit the daytime vibe. In keeping with the Spanish theme, there’s sherry and vermouth for days, and tins of imported conservas if splurging is the game plan. 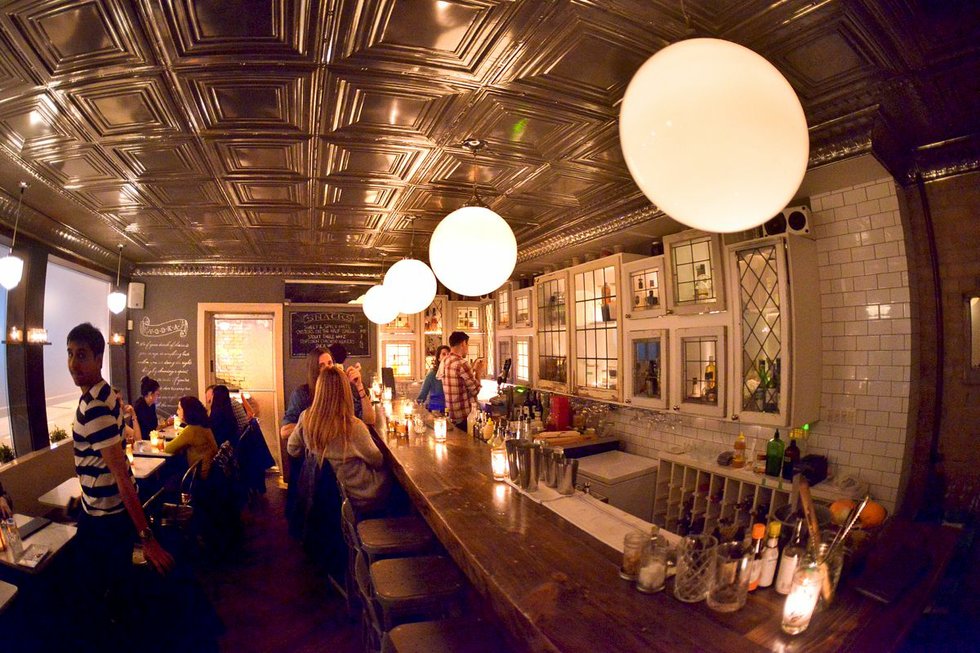 Once a handy holding bay for the Black Hoof, which famously took no reservations, Cocktail Bar maintains one of the smartest lists in the city.

The slight space, its back bar knit together from vintage windows, is as unmistakable as its cocktails, which get top points for flavour and bonus props for originality.

The Kaffeina (coffee-infused vermouth, amontillado, Bruto Americano, banana, $12) jolts the humble Americano to a higher plane, while the Absinthe Whip (absinthe, orange, pistachio, coconut $14) is the love child of a frappé and a piña colada – hold the piña, up the decadence.

But deliciousness is never stood up for creativity, so trust the staff to mix anything par excellence. 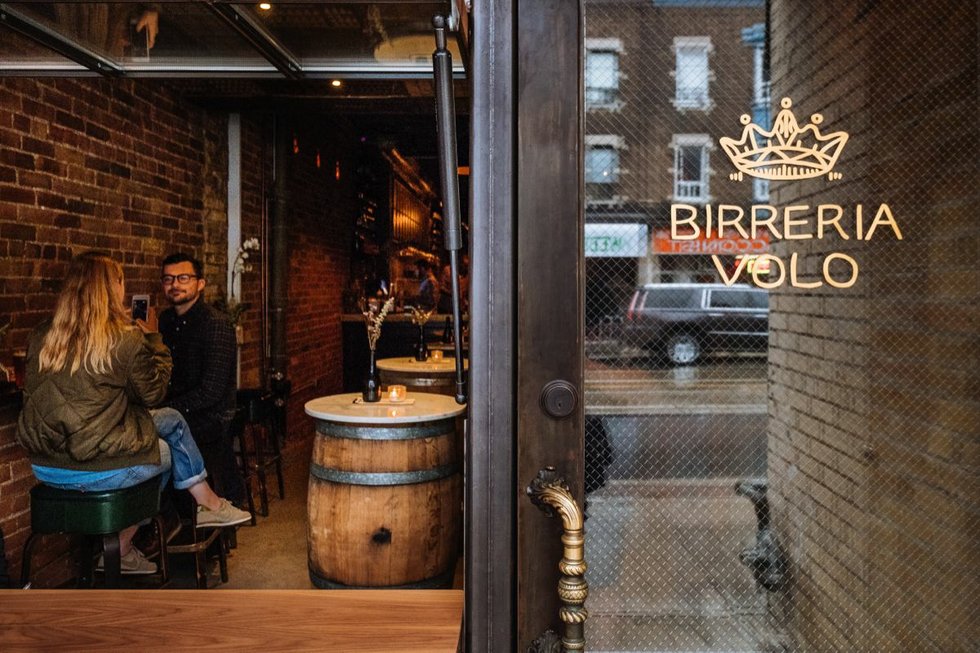 Until Bar Volo is reborn (which we hope and hear is soon), this brick-lined, family-run alcove in Little Italy has everything to cure the funkiest, sourest, most braggadocious beer cravings.

The draft list, which pours less by the pint than alla spina, in a wineglass, is a who’s who of cool-kid breweries, with a few limited-release, collaboratively brewed delights always on offer.

Tap takeovers are a semi-regular thing here, and lovers of silky, midnight ales should mark their iCals for March 23, aka Péché Mortel Day, when seven variations of Dieu du Ciel’s cult coffee stout will pour while supplies last (hint: not long). 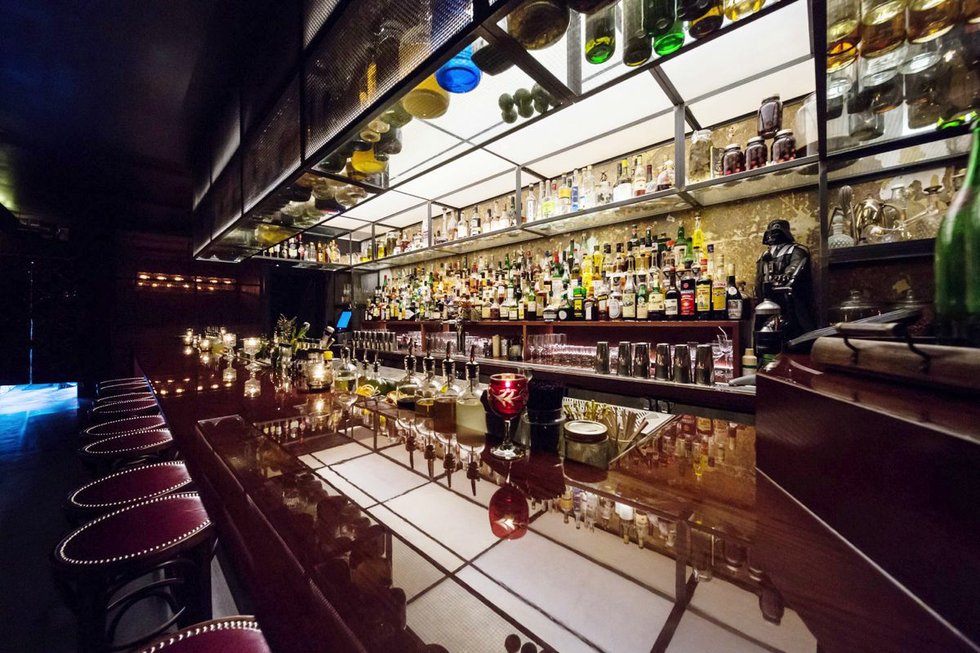 Parkdale’s finest cocktail joint is also one of the country’s best, full stop. PrettyUgly is home to intense and imaginative drinks that incorporate preserves, infusions and other house-made goodness like tepache (a pineapple ferment) and amari (including a non-alcoholic version aptly called Nomaro). Ingredients are used to full potential with an eye to sustainability. 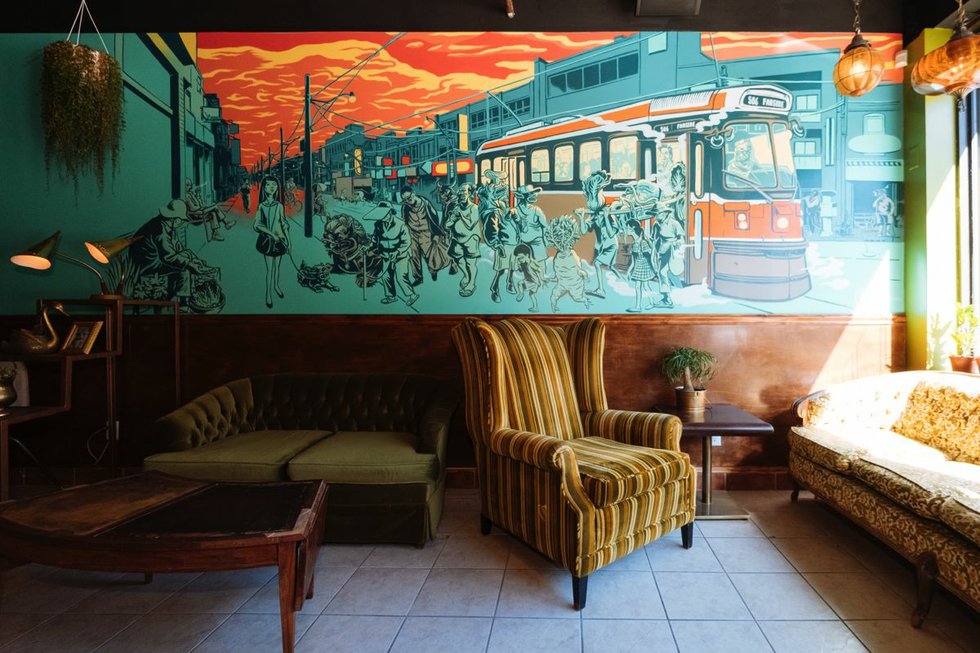 This Chinatown East bar is allergic to taking anything too seriously, and its blithe vibe is the wellspring of its awesomeness.

Curated evenings include Extreme Casual Magic, where patrons are invited to BYO decks to throw down beer-fuelled rounds of Magic: The Gathering and themed VHS-exclusive movie nights pulled from the impressive collection of tapes above the bar. Like some of the most excellent locals, Farside feels like a funky lived-in rec room, but don’t mistake laid-back for dumbed-down.

The cocktails, batched or otherwise, are great, as is the craft beer and spirits selection. It’s the supremely communal vibe, though, that makes this spot a cut above. 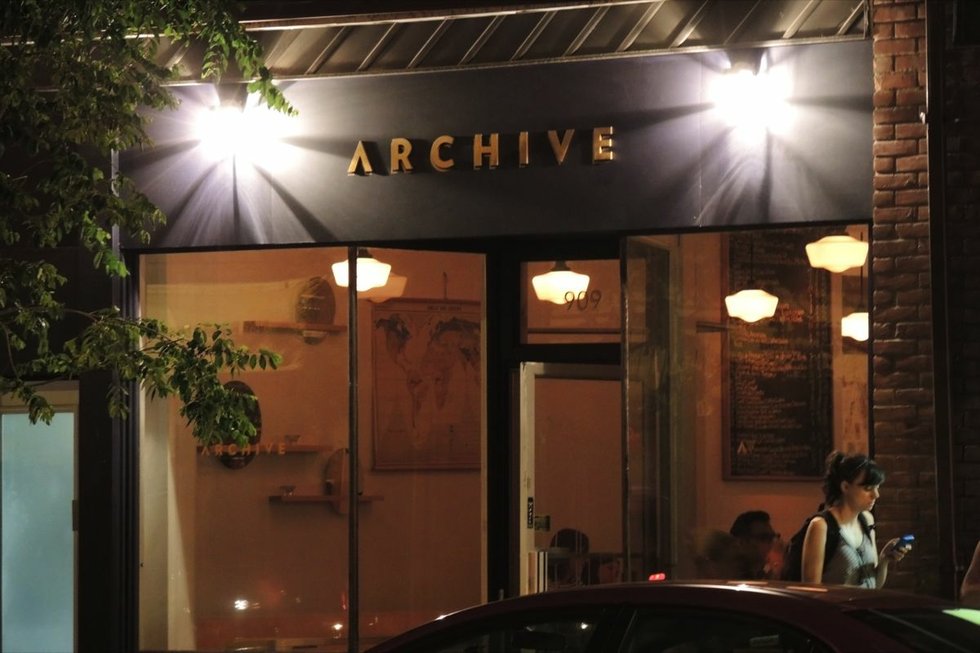 Natural wine lists might be the city’s beverage trend du jour, but not so long ago, casual and curated wine bars were but grape-scented whispers wafting over from Paris and New York.

When we finally caught up it was thanks to the understatedly excellent Archive, which still sits on one of the city’s most beguiling wine troves.

Dog-eared duotangs are filled with hundreds of bottles from around the world – from laser-cut Mosel Rieslings to the dankest Beaujolais. The vibe is allergic to pretense, so feel free to order pinot gris without ending up on the receiving end of a hard eye roll. If you’re up for a wilder ride, do let the knowledgeable staff choose your wine adventure. 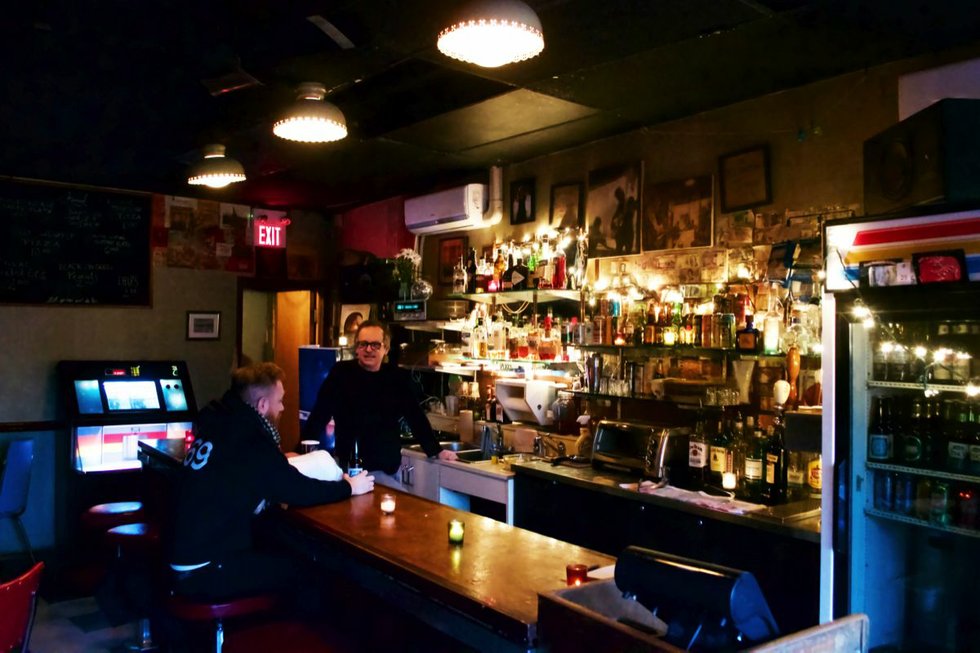 On hectic Saturdays at Dundas and Ossington, diving inside this quirky pocket for a cold, cheap cider is like a secret salve for the Torontonian soul.

Affectionately known as the Commie, this snug, twinkling bar outfitted with a jukebox and all of the Formica has been a neighbourhood stalwart for close to two decades – no small feat in a city with a notoriously stunted attention span.

The blessedly unchanging Commie is a quintessential Toronto bar – the kind of joint where a humble tumbler of Jameson can be the tastiest treat you’ve had all week. 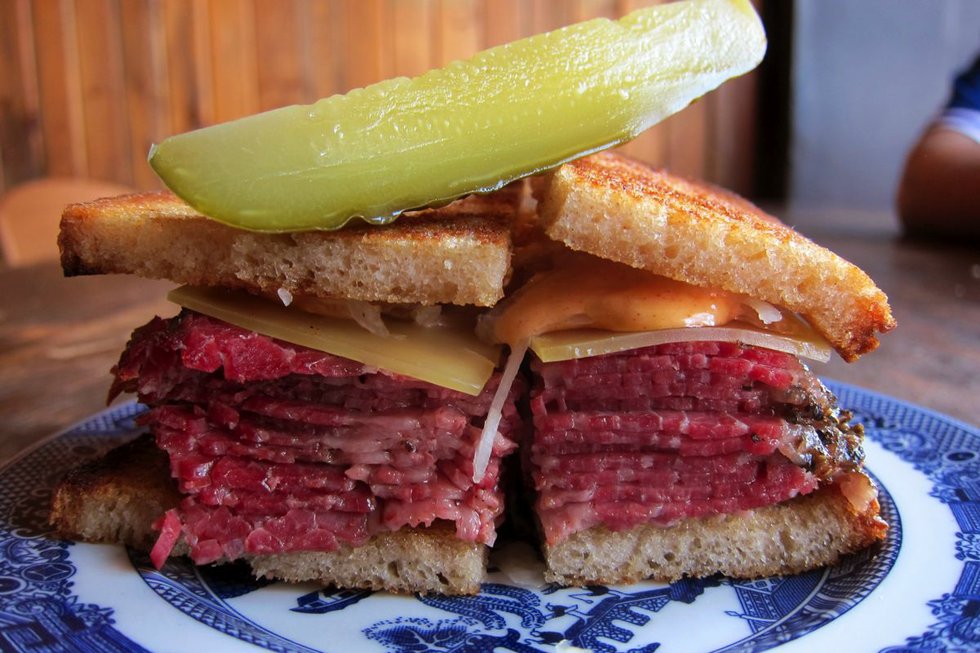 There was a time when strolling into Snacks was like showing up to a dope house party filled with pals new and old, and Toronto’s original late-night snack joint has never really lost that familial juju.

There’s no poor vantage point at this compact, buzzy bar that deals in good wine, stiff cocktails, loud tunes and legendary handheld few-bite delicacies (don’t bother asking for cutlery – there’s none in the house). 416 is Toronto distilled into one flavourful and fun little room.

The concept has been so influential, it’s spawned a dozen copycats. But when the craving hits for a tuna hand roll washed down with Muscadet by candlelight, nowhere will scratch that itch quite like the OG.