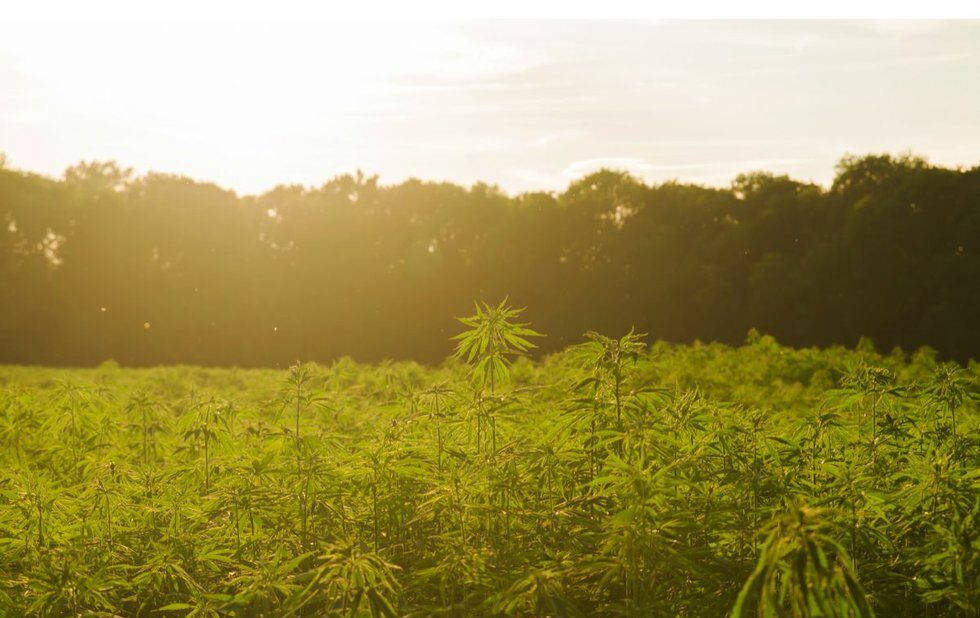 The advantages of growing weed outside include higher yields and lower overhead costs.

Despite the sustained protestations of Canada’s largest corporate cannabis growers, outdoor growing is coming to the country’s cannabis industry.

Before the Cannabis Act came into force on October 17, all Canadian weed needed be grown either indoors or in a greenhouse. But in October, Good & Green filed an application for a commercial-scale outdoor grow op with Health Canada for a cannabis farm just outside of Brantford, Ontario, promising a big shift in the industry’s business model.

Good & Green’s application is believed to be the first, but more for outdoor cultivation are in the works.

Mark Spear, founder of Burnstown Farms Cannabis Company, has plans to start cultivating weed outdoors at a farm in Beckwith Township, southwest of Ottawa. He says he plans to submit an application this week.

“Indoor [grows] are going to become dinosaurs in the next five to 10 years,” Spear predicts. “There’s going to be a handful of them that produce exceptionally high-quality flower – top shelf – and people will pay for it, but that might be 10 per cent of the market. The rest will be greenhouse or outdoor.”

Especially, he says, when edibles and concentrates (which use up a lot of flower) are legalized next year. Spear says that most of Burnstown’s harvests will be sold wholesale to oil processors, at least at first.

According to the consulting firm Cannabis Compliance Inc., “production costs for a very efficient, large-scale indoor operation range from $1 per gram to $3 per gram, whereas outdoor farming in theory could bring commercial production costs below 20 cents per gram.” To say nothing of the potential boon to quality. The government’s indoor-grown weed has not been getting great reviews since legalized recreational sales started last month.

So far, the biggest opponents of would-be outdoor farmers have been big Licensed Producers (LPs).

Earlier this year, Bruce Linton, the quasi-philosopher king and CEO of Canopy Growth, and one of the industry’s most influential voices in Ottawa, took a bunch of senators on a tour of the company’s Smiths Falls growing facility.

While they were there, he took the opportunity to raise security fears over outdoor grow ops, suggesting that tech-savvy teenagers would be using drones to steal weed. The idea was widely mocked.

Allan Rewak, executive director of the Cannabis Council of Canada, an industry lobbying group of which Canopy is a member, says that the industry’s big players are not opposed to outdoor cultivation, “but just because of the regulatory rollout, we wanted to give it more time.”

Skeptics see this caution as self-serving, saying the industry wanted the feds to hold off on outdoor growing just long enough to get in on the ground themselves.

“It totally destroys their business model,” says Kelly Coulter, a sustainable cannabis advocate with NORML in Victoria, BC, who was part of the lobbying effort that ultimately helped preserve outdoor growing in the federal government’s legal weed legislation.

She says that people realize the advantages of growing outdoors – not just the lower costs, but the increased volumes and more holistic nature of cannabis cultivated in natural air and sunlight. She equates current indoor facilities are “processing factories.”

Coulter says it’s not what cannabis ought to look like, with many of the big LPs viewing it essentially as a pharmaceutical product that can be replicated.

Growers like Spear see cannabis as a living thing for which perfect consistency is neither possible nor the end goal. The ultra-scientific, climate-controlled and quasi-quarantined conditions under which nearly the entirety of Canadian cannabis is grown attempt to impose control over nature and serve only to mute one of the more wonderful features of the cannabis plant, which is that each has its own unique contours, and its own natural tendency toward being itself.

Spear says, “Producers try and produce a consistent crop, but I don’t know of any that have successfully done it with a minimum amount of variation like a pharmaceutical. It’s never the exact same growing environment.”

If we’re being honest, outdoor growing could come as welcome news to consumers. On Leafly, the online source for all things cannabis, the Ontario Cannabis Store’s (OCS) product rates a 1.8 out of 5 by users. And on forums like Reddit, many users have posted pictures of government weed that is dried out, crumbly, and generally poor quality.

Online polls are an imprecise metric. It’s unclear whether it’s the fact that the product being sold by the OCS is being rushed through the curing process or being irradiated to stop mould that is messing with the quality. The industry has been beset by supply issues.

These variables, however, illustrate the fact that even with billions of dollars of investment, Canada’s indoor-only LPs are still trying to figure out the key to growing great pot. Some, like RedeCan, which was forced to issue a recall over mould in a whole batch of product last month, are finding it difficult to perfect the process of growing safe, smokable pot.

And while the idea of outdoor growing is slowly taking root, Coulter is betting on it overgrowing the industry.  “There’s not a lot of people who are big on outdoor [right now],” she says. “But there will be.”