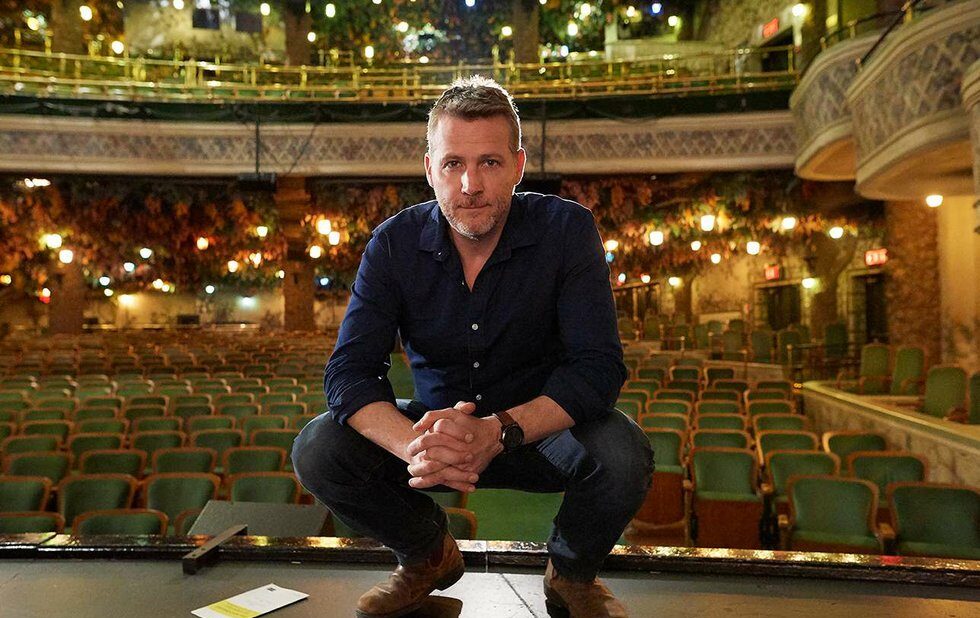 Graham Abbey, on the stage of Toronto's Winter Garden Theatre.

In the month-and-a-half since we’ve all been in quarantine and self-isolation, actor and director Graham Abbey hasn’t taken up bread-making or decided to watch all of Netflix.

Instead, he’s helped create what may turn out to be one of the most important education and training tools for theatre artists, outside of traditional theatre companies and schools.

Shortly after the closing of theatres in mid-March, he and director/actor Dylan Trowbridge co-founded GhostLight, a site devoted to the teaching and learning of theatre skills. Think Masterclass.com meets Inside The Actors Studio.

“The idea of a ghost light is that it keeps a theatre space energized and enlightened when theatres are dark,” says Abbey, GhostLight’s creative director as well as a Stratford star and the artistic director of the Festival Players of Prince Edward County. “And that’s what we’re trying to do here, virtually.”

The site, which launches later this week with its inaugural Friday Night at the Ghostlight interview and performance series, featuring Margaret Atwood and Adrienne Clarkson as well as Colin Mochrie and Torquil Campbell, includes Zoom classes taught by leaders in their fields.

In the couple of weeks since the site went up, classes by Governor General’s Award-winning playwright Erin Shields and Stratford leading lady Seana McKenna have already sold out, but many more are to come, including several that can be audited.

Other artists involved in either teaching or the interview series include Dion Johnstone, Atom Egoyan, Michael Healey, Tom Rooney, Chilina Kennedy, EB Smith, Bruce Dow, Kat Sandler and Jeanette Lambermont-Morey. There will also be a series of informal chats – called Studio Sessions – of interest to a wide theatre-loving audience. (Update: the first, a conversation between curator Charlotte Gowdy and musical theatre star Chilina Kennedy, happens May 21, 11 am EST.)

“I didn’t go to theatre school – I learned mostly through other actors,” says Abbey. “When I came to Stratford as a young actor, I sat at the feet of artists like William Hutt, Douglas Campbell, Martha Henry and Brian Bedford. I learned the craft through them. I strongly believe in mentorship and passing on knowledge, and this platform is about a two-way conversation between established artists and new or mid-career artists.”

Trowbridge, the associate creative director of GhostLight, says even experienced theatre artists might want to try something new while they’ve got time on their hands.

“Here’s a chance for you to either reinvent yourself or go into territory where you wouldn’t go normally,” he says. “That’s the silver lining of this very strange and difficult moment. There’s this time to refocus and reinvent ourselves as theatre makers.”

Abbey says he gets at least one email a day from someone pitching an amazing idea.

“Jillian Keiley [artistic director for English Theatre at the National Arts Centre] wrote to me about a course about directing big productions, since she’s worked on large-scale shows like Alice [at Stratford] and companies like Old Trout Puppet Workshop. Personally, I’d pay thousands of dollars to take that course.”

Speaking of money, all courses and events like the Friday night series are free, but the company directs users to its GoFundMe page, with 50 per cent of all funds raised during the COVID-19 crisis going to the Actors’ Fund of Canada and the rest going to operating costs.

“Everyone has donated their time, and it would be nice to pay the instructors a modest stipend.”

They’re also looking for sponsorship and funding, especially in compiling a catalogue or library of the courses so artists can consult them later on, after the pandemic.

“Years ago I interviewed Douglas Campbell – one of my mentors – and we chatted for an hour. I dug up a copy of that, and listening again to that conversation was so instructive and cathartic. For me, having a library of conversations with our great artistic minds would be great.”

In the next few weeks GhostLight will announce details of their summer youth program for theatre artists aged 10 through 17, with an emphasis on accessibility and affordability. And down the road, Abbey says he would like to have some sort of performance component to the site, again to be archived for future use.

While some industry insiders say large-scale theatre could be one of the last things to return to normal, Abbey is confident the art form will bounce back.

“Theatre people are creative and hard-working and adaptive,” he says. “You’ll see innovations in terms of how we can reimagine that live connection. And we love to learn, we love to hone our craft. After this is all over, we’ll come back bigger than ever, with more tools in our baskets.”