"Everyone is unique and should be admired for that. As I’ve aged, I definitely have developed more self-confidence and I don’t give a shit anymore." 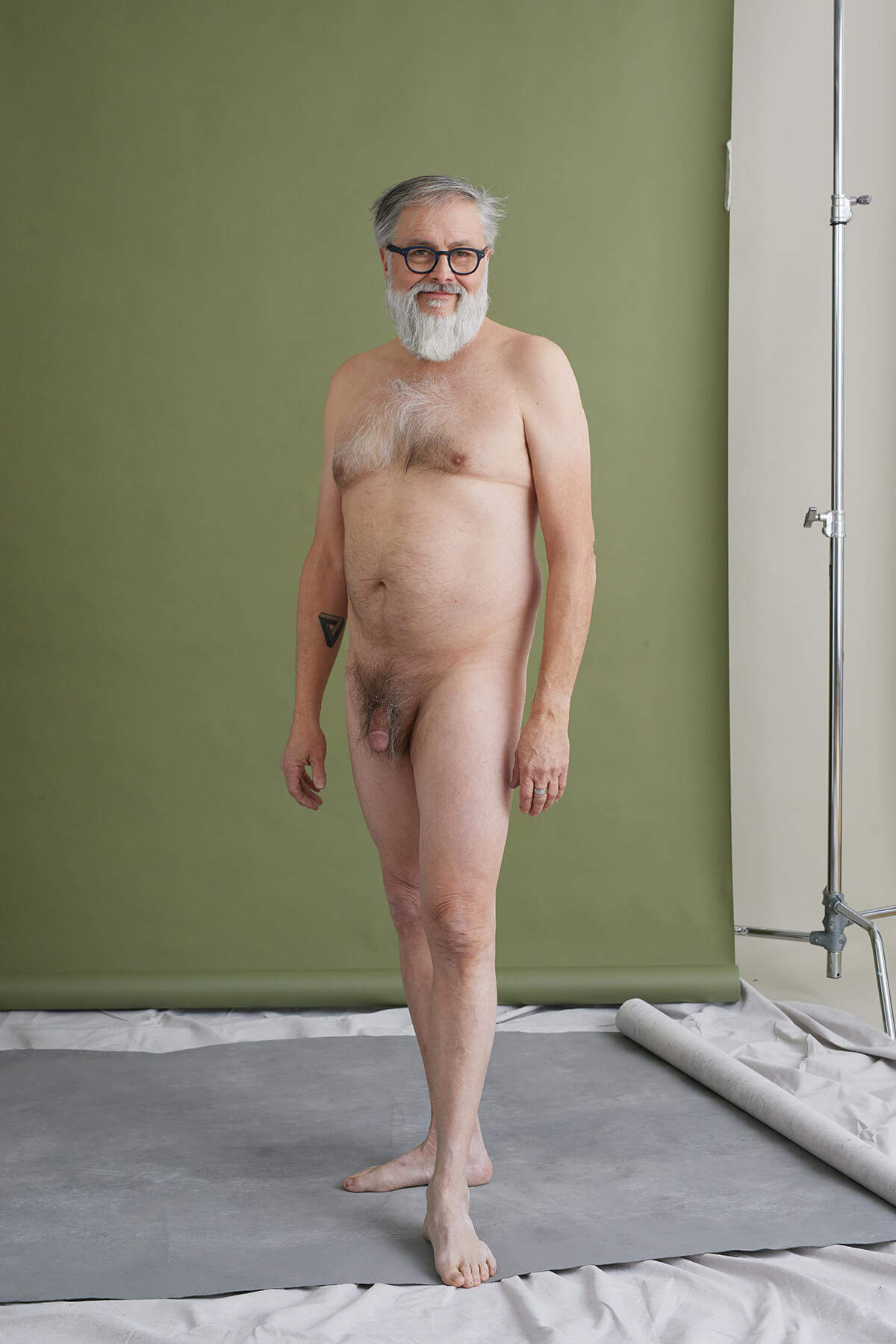 I have had some exposure, for lack of a better word, to body positivity in that I have been to nudist resorts and participated in the World Naked Bike Ride. I’ve always been happy to run around naked, but when I went to Bare Oaks nature resort and experienced social nudity, it really did click that everybody’s body has a story. Everyone is unique and should be admired for that.

As I’ve aged, I definitely have developed more self-confidence and I don’t give a shit anymore. I’ve accepted my flaws – and I use that term loosely. I used to take a lot of criticism from well-meaning family members, but eventually you begin to accept who you are. Back then, there certainly was a desire to have a more muscular body, and I felt that.

You don’t think about age when you’re younger or even in middle age. But when you get into having a senior’s discount, you’re reminded that you’re getting up there. My body has been very good to me. I’m still kicking. Many years ago, you would have been dead at 61. When you’re 30 and somebody says they’re 60 you think that’s really old; but when you turn 61, it doesn’t feel that old.

I’ve probably regressed in the last five or six years. I got a tattoo, I got my ear pierced, things I always wanted to do. Maybe I don’t want to get old? [laughs] But I feel the freedom to be more self-expressive than I have in the past. I don’t think of somebody being elderly until they’re in their 80s. I think attitudes are changing ever so slowly. 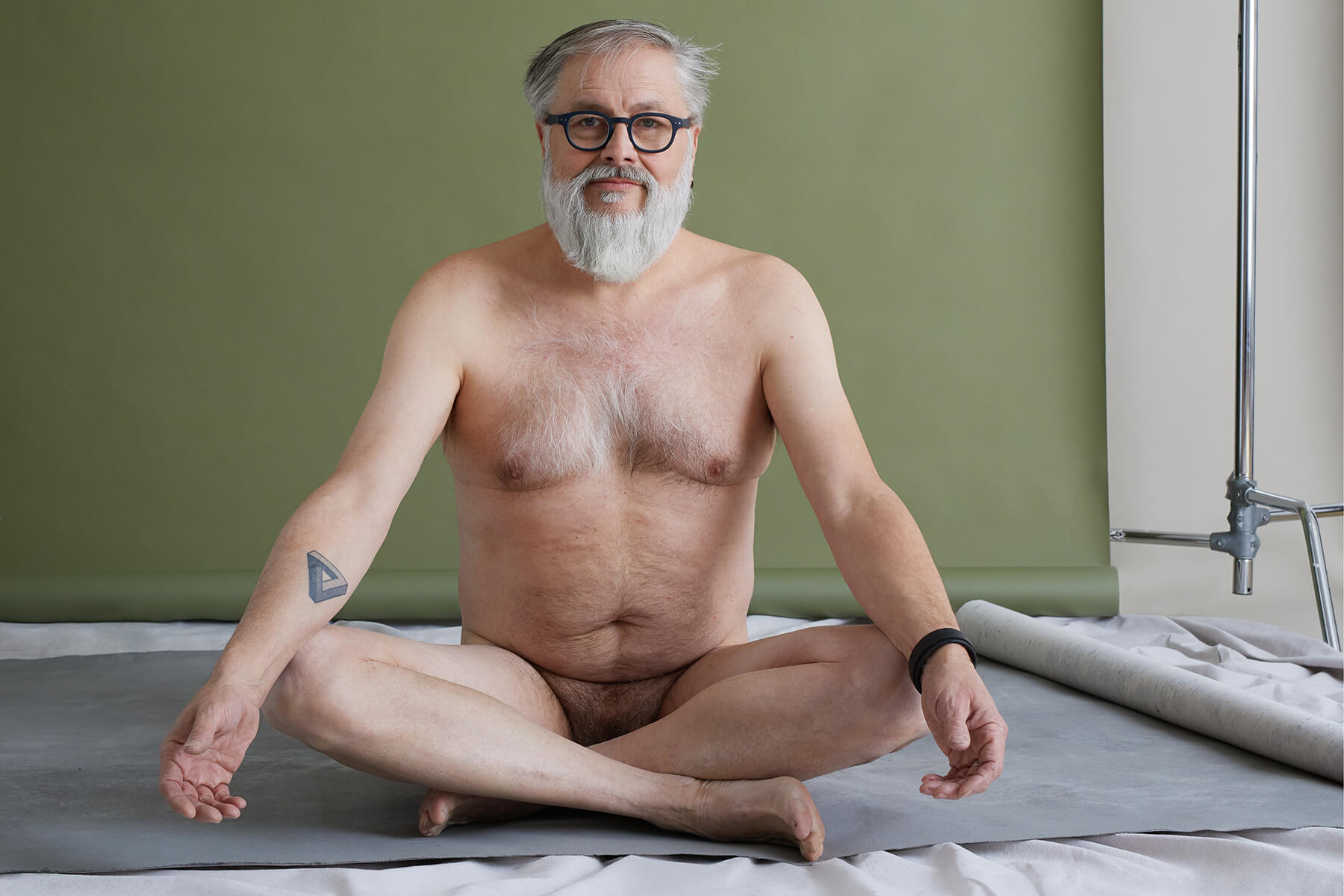 During the pandemic, I feel even more comfortable being naked. Given our body is so affected by the pandemic, it really does represent the importance of our presence of health. Never mind whether you’ve got that scar or a few extra pounds or you’re too skinny – whatever your hang-up.

Being outside naked in nice weather is just so liberating. The impact of the pandemic on our mental health has been huge. You don’t have to be out there interacting socially in a nudist resort – you can just be in nature. I hope everybody goes skinny dipping at least once.

I certainly hope that younger people can look at an older body and recognize that if all things go well, they’ll still be here, too. I really like how the Indigenous culture uses the word elders – it’s a better descriptor than a senior. It denotes wisdom and so much more. I don’t know if you can look at someone’s picture and say he has wisdom but I hope people see my photo and say he has courage.