This is what $1 million gets you in GTA real estate 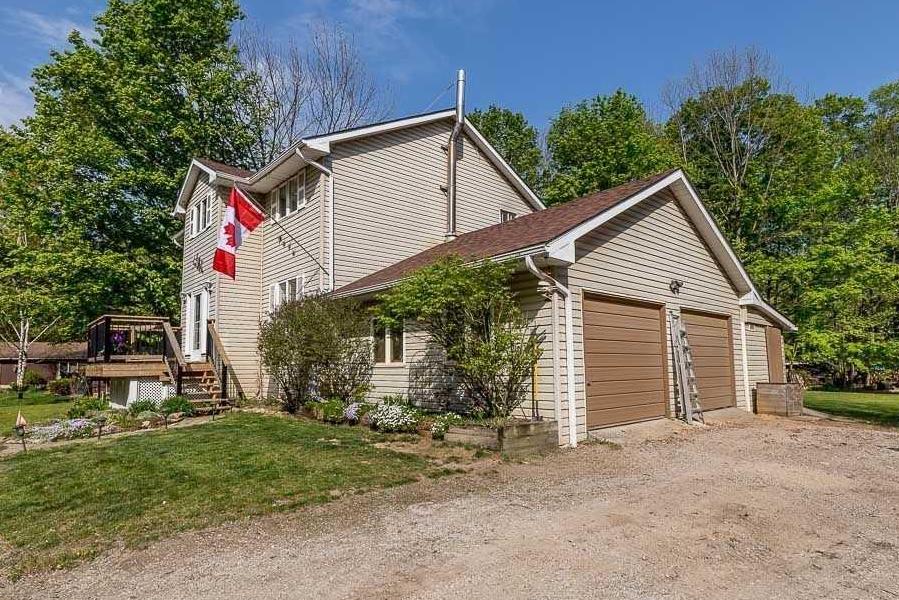 The average selling price for a home in the Greater Toronto Area (GTA) real estate market is $1,090,992, according to the most recent numbers from April. What that could get you ranges from a two-bedroom downtown condo to a three-bedroom executive home in Innisfill.

According to an Ipsos survey commissioned by the Ontario real estate association (OREA), nearly one-in-five (19 per cent) of us plans to buy a home in the next year. Sixty-three per cent of prospective buyers plan to purchase a detached house and 28 per are looking for a home that is larger than 2,500 square feet, which, if your budget is closer to the steep average selling price in the GTA, will most certainly mean you’ll be part of the urban exodus looking for new digs in Pickering, Brampton or Innisfil.

The same survey found that 18 per cent of people are ready to sell their homes, with 62 per cent unloading detached properties. Though the difference is only a single per cent, the statement by the OREA emphasizes that gap as well as the desire for detached properties to argue a need to build more supply.

“In the last year, the desire among buyers for detached homes has grown stronger, but unfortunately, seller intentions for such properties have receded, so inventory is not keeping up with demand, making it tougher for buyers to find a great place to call home,” OREA president David Oikle says in a statement. “The current situation we’re facing in Ontario – increasing prices, demand for more space and larger homes – all during a once-in-a-century pandemic, points to a much larger systemic issue facing Ontario’s home buyers: a serious lack of housing supply.”

For further discussion on environmental solutions to dealing with out-of-control Toronto home prices, listen to our roundtable with real estate experts here.

In the meantime, here’s a roundup of what the average million-dollar budget for a home in the Greater Toronto real estate market can get you.

For just under the average home price, you could cop a two-bedroom, two-bath corner suite condo just steps from the TIFF Bell Lightbox. This unit is much higher than the average price for a condo in Toronto, which is $727,137. That figure would get you a one-bedroom downtown or a two-bedroom in North York, Scarborough or Etobicoke.

A short walk from Greenwood subway station, this well-appointed semi-detached looks slim (the lot is under 17 feet wide) but cozy, which are common adjectives for the options in this area as well as the nearby Leslieville and Upper Beach neighbourhoods. It’s situated in a lively area with plenty of new restaurants popping up along that stretch of the Danforth and family activity options in the nearby parks. There are absolutely no options like this in the west side of the city (from Parkdale to High Park) south of Dupont. We’re not including the highly appealing detached gut job on Ossington listed for $1,099,000 since a buyer will have to spend an extra $150,000 to $500,000 to renovate and add a laneway suite. And that’s if the property actually sells for the listing price, which, given the area, is doubtful.

Detached home seekers looking to stay in Toronto will inevitably end up with a post-war bungalow, some sold by the original owners. Similar properties to this Kipling area home can be found in North York and Scarborough. The latter has the best food though.

The pandemic drove many city dwellers to ditch their condos and head to Durham, Peel or beyond for spacious bedrooms and green space. In Pickering or Brampton, the average home price would land you a renovated four-bedroom home on a corner lot. But remember, you also have to a budget for a car that you will need for pretty much everything from grabbing milk to picking up the mail.

Home prices in Innisfil jumped 48 per cent over the course of the pandemic. The growing Simcoe County town just south of Barrie with an incoming GO station has plans for smart, environmentally friendly neighbourhood development with multi-unit properties circling community hubs. That should be a template for all emerging areas going forward. For the average price of a home in the Greater Toronto area you can score a four-bedroom home in a half-acre property steps away from the beach on Kempenfelt Bay.