Toronto’s glass condos are burning thermal holes in the sky

Greenhouse-gas-leaking towers setting us up for climate change fail 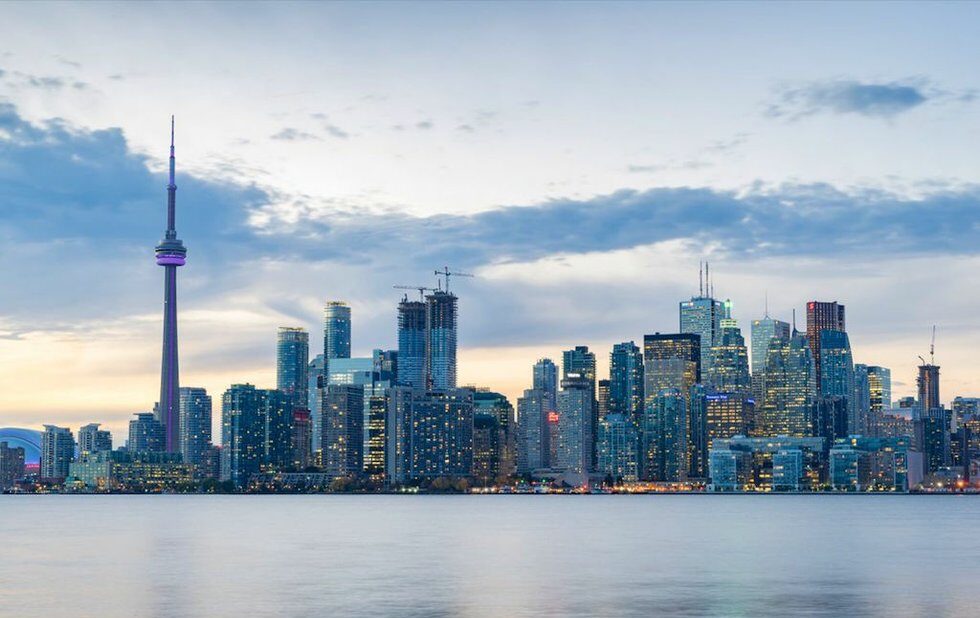 During a week of torrential rain that put Toronto Islands on evacuation alert, the city’s Parks and Environment Committee was mulling over ambitious new blueprints for meeting Toronto’s 2050 climate targets.

If all goes according to city staff’s new TransformTO plan, which the committee approved May 4, we’ll all be living near accessible fossil-fuel-free transit, tossing our waste into tiny garbage bins and getting 75 per cent of our energy from renewable sources, and all our homes, condos and apartments will be retrofitted to become lean, clean greenhouse-gas–saving machines. The city-led TransformTO road map, which goes to council May 24, calls for all new builds to put out near net-zero emissions by 2030.

But in a city where half our greenhouse gas emissions now come from leaky buildings, the glass condo boom may be setting us up for failure.

Since most of the floor space that will exist in 2030 has already been built, retrofitting our existing building stock is critical to meeting our climate change goals. Hence why the blueprint calls for 100 per cent of existing buildings to be “retrofitted to the highest emission reduction technically feasible”– roughly 40 per cent below where they are today.

It’s a lofty goal, especially when one in three Toronto households call high-rises home, according to the latest data from StatsCan. The city’s 1,200 postwar towers (which house about half a million people) are clearly in need of some retrofit love.

They’re also greenhouse-gas-emitting giant thermal holes. Anyone living in a glass box knows that all those windows have them cranking the thermostat in the winter  to keep warm and blasting the AC in summer to keep from getting heat stroke.

It’s one thing for owners to pad brick-and-mortar houses with extra insulation and to clad old concrete tower exteriors with foam insulation boards, à la Toronto’s Tower Renewal Project. But how the hell do we deal with all the floor-to-ceiling-glass -condo towers already crowding the skyline?

“I don’t really have a solid answer for that,” says Jim Baxter, director of the city’s Environment and Energy Division and one of the authors of the TransformTO report. “The new condos are basically floor-to-ceiling windows, and windows are large thermal holes. So you have entire sides of buildings that are open to the outside.”

Upgrading things like furnaces and lights and adding insulated blinds and smart thermostats that detect when occupants are home all chip away at carbon footprints, but energy is still pouring out of those thermal holes – a problem that will only get worse as insulating argon gas between the panels leaks out.

U of T civil engineering professor Marianne Touchie notes that high-density high-rises are an asset for getting public services to people efficiently, but their enormous energy use also makes them an environmental burden.

Touchie, whose research focuses on retrofitting buildings to make them healthier and more sustainable, says high-rises really should be built with “passive survivability” in mind. In other words, they should be designed so they can maintain critical life-support conditions in the event of power outage or loss of water, especially in the face of increasingly extreme weather to come.

Even the newest condos can leave residents high and dry, without water, cooling or heating when they need it most. It’s an issue, says Touchie, that we have to consider since tens of thousands of families have moved into these units over the last 15 years.

“Imagine all the people in those condos without power for three days in August. They would be uninhabitable. As we increase the design standard for buildings, we’re going to have to address it.”

So how do building codes continue to allow for shoddy glass towers that perform so poorly in Toronto’s volatile climate?

The city talks up its green building standard (GBS), brought in under former mayor David Miller in 2010 and mandating some 25 per cent more efficiency than what’s required under Ontario’s building code. Those standards were beefed up again in 2014, but developers are still allowed to build floor-to-ceiling glass walls if they do things like outfit units with high-efficiency heating/ventilation systems.

So are we stranding residents with enormous energy bills in leaky hot boxes that perhaps shouldn’t have been built in the first place?

“Unfortunately, we may be,” says Councillor Mike Layton. Toronto is further ahead than other municipalities in Ontario since it’s the only jurisdiction with the power to raise its own building code standards.

“We have made up a little bit of ground and used our powers that the City Of Toronto Act gave us,” says Layton. “But a bold jump isn’t being made.”

Although homeowners can upgrade their homes through the city’s low-interest Home Energy Loan Retrofit program, these loans are not available to owners of condo units. High-rise landlords, property managers and condo boards can access retrofit funding through the Atmospheric Fund’s TowerWise program. And the city is, thankfully, prioritizing funding to retrofit social housing towers desperately in need of repairs.

“We have one net-zero building in the GTA, and it’s in Stouffville,” says Cartwright. “In France, every region [can point] to a net-zero-carbon school, community centre, seniors housing. [They] have an entire net-zero community up and running.”

While the TransformTO blueprint is undeniably ambitious, it’s hard to disagree with Julia Langer, CEO of the Atmospheric Fund, that waiting until 2030 to get to net-zero is wasting precious time.

“That’s too late – we could do it now,” says Langer, and not just to get in line with climate goals, but to kick-start the creation of green jobs.

As for new builds, Langer says, “you can’t meet high-efficiency, performance and comfort requirements without addressing the wall-to-window ratio.” If we’re truly going to transform T.O., building code updates will have to do just that.

Savage Love: Why do I need penetrative sex for “closure”?

Sex meets our physical need for touch, for pleasure and for release, but it also meets emotional needs