If you have access to a car, it's still possible to go to the movies this summer. Here's a guide to the drive-ins in and around the GTA 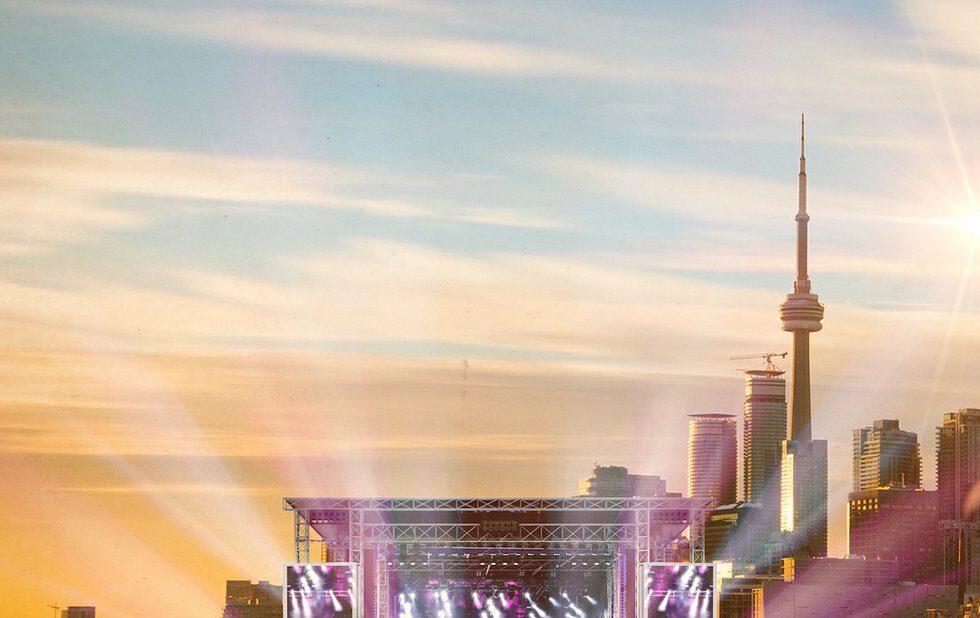 A rendering of CityView Drive-In, which will open in the parking lot across from Rebel nightclub in July.

Cineplex may be enthusiastically reopening its screens out west, but it feels like the conventional movie theatre experience is still a ways off for Toronto cinemagoers… and even when once it arrives, it’s likely to be a stressful proposition for those of us who worry about other people’s mask-wearing skills.

But all is not lost: the good old drive-in is here to offer a relatively low-risk environment in which to lose yourself in a movie. The latest science suggests coronavirus doesn’t spread as easily outdoors, parking lots have built-in physical distancing, and if someone sneezes three vehicles away you can always roll up your window. This obviously presumes you own a car, or have access to one… but if you do, these are the drive-in venues operating within an hour’s drive of the GTA.

Courtesy of Rebel nightclub, and with parking spaces a minimum of seven feet apart to suit social-distancing protocols, this new venue on Polson Pier is intended to host live music – including shows by Monster Truck (July 16), Allan Rayman (July 18) and A Tribe Called Red (August 6) – and the occasional movie screening. With concessions and merch available for online ordering directly to your spot, CityView promises “an entirely contactless experience”… unless you need to use the bathroom, of course.

In partnership with Toronto’s DriveIn TO initiative, Cadillac Fairview is turning the parking lot of its Sherway Gardens shopping centre into a drive-in theatre for 100 vehicles, Thursday through Saturday nights for three weekends starting July 30. There will be two shows a night, at 6 pm and 9 pm, and admission is a flat $10 per car per movie, with the proceeds to benefit St. Joseph’s Hospital. The July 30 weekend will feature The Nut Job 2 at 6 pm and the Anne Hathaway/Melissa McCarthy Dirty Rotten Scoundrels remake The Hustle at 9 pm; the August 6 program pairs The Wild Life at 6 pm and Long Shot at 9 pm, and the August 13 weekend will feature a selection of National Film Board documentaries including True North: Inside The Rise Of Toronto Basketball, Mighty Jerome and   nîpawistamâsowin: We Will Stand Up. (Check the website for the full schedule.) No concessions, so bring your own snacks … but leave the alcohol at home.

Downsview Park has reconfigured its Friday Night Lights summer screening series for vehicular audiences. This year’s season, part of a national screening series presented by MADE, focuses on blockbusters from “Canadian creators” – meaning if it was shot in Canada, completed post-production here or features Canadian talent in front of or behind the camera, it counts. It all kicks off on Friday (July 3) with Denis Villeneuve’s Arrival, which has already sold out. The July 24 feature will be revealed about two weeks in advance of show day.

Co-presented by the Italian Contemporary Film Festival – which, like every other spring film festival, saw its 2020 edition derailed by the pandemic – this outdoor series of international cinema runs from July 20 to 31 at Ontario Place, with Sergio Navarretta’s The Cuban as the opening night feature.

Premier Theatres’s triple-screen Oakville venue, just off the QEW, offers a mixture of new releases, family-friendly classics and the occasional concert special. It’s also the one in closest proximity to a Farm Boy, which makes the prohibition on outside food almost cruel. (Those milk chocolate double-roasted almonds are the perfect accompaniment to Bloodshot.)

Head north on the 404 towards Newmarket, and you’ll find the Stardust – another of Premier’s three-screen outdoor theatres. Like the 5 and the Starlite, it screens a mixture of new releases and older favourites, and the occasional concert special. It’s also the location of the Together At The Drive-In music and film series happening July 25 and 26, a benefit event for Second Harvest scheduled to include performances from Kardinal Offishall, Karl Wolf, 4Korners and many more, along with film screenings to be announced.

It’s closer to Hamilton than Toronto, but we’re feeling generous. The three-screen Premier venue runs nightly double features of recent studio releases (The Invisible Man, Irresistible) and beloved blockbusters (Jaws, Jurassic Park). As of this week, the concession stand is back up and running… but you’ll have to use the takeout window.

Editor’s note: This story has been updated with new dates for the Together At The Drive-In Festival, and to include the Toronto Shines events. And it’s been updated again to include CF Movie Night at CF Sherway Gardens.