NOW MagazineMovies & TVReviewsJustice League is a loud, frenetic, overstuffed mess but its not a total disaster

Justice League is a loud, frenetic, overstuffed mess but its not a total disaster 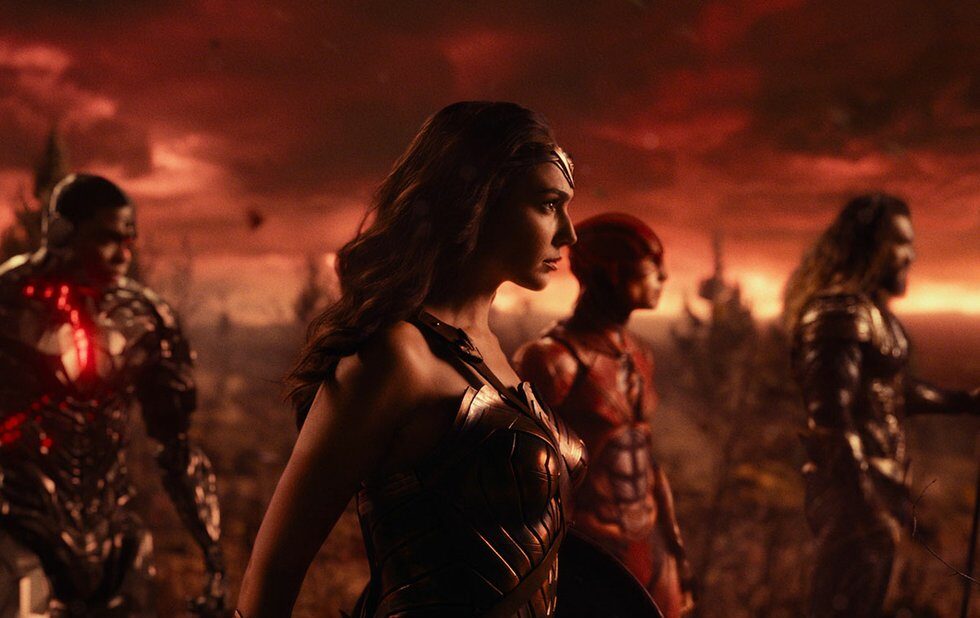 Justice League is a mess but not a disaster, making it an improvement on the shrieking void of Batman V Superman: Dawn Of Justice.

Picking up more or less where that one left off with Superman (Henry Cavill) dead and the world out of hope this new chapter finds Batman (Ben Affleck) and Wonder Woman (Gal Gadot) recruiting new faces Aquaman (Jason Momoa), The Flash (Ezra Miller) and Cyborg (Ray Fisher) to battle an extra-dimensional menace who goes around destroying worlds and remaking them in his evil image.

The bad guy, Steppenwolf, is a sort of giant goblin played in motion-capture by Ciaran Hinds. Hes been pulled in from DCs New Gods mythology, and hes awfully one-note as villains go, but at least his presence explains Bruce Waynes bizarre dream in Batman V Superman even if nothing from that sequence actually happens here.

Steppenwolf shows up and runs around the planet assembling the three Mother Boxes that will trigger Armageddon, which serves to bring our heroes together and hatch a plan to bring Superman back from the dead. (Its not a spoiler: Henry Cavill gets second billing in the opening credits and appears in the films first shot.)

That stuffs dumb and loud and pointless, and entirely in line with producer/director Zack Snyders earlier DC films. Whats different this time around is the sense that Justice League actually understands who its heroes are and how they relate to each other when theyre not punching space monsters. Although its the shortest of the five DC features, its the only one of the present-day movies that seems to breathe, letting moments hang and allowing for the possibility of comic relief.

I suspect this is mostly the work of co-writer and uncredited co-director Joss Whedon, who replaced Snyder when a family tragedy took him off the picture earlier this year. Whedon clearly wrote every line that comes out of The Flashs mouth, as well as a few other scenes, and Id lay odds that he set up Wonder Womans first action scene as well it understands her powers and her personality in a way that Batman V Superman didnt.

I am not at all sure who wrote Bruce Waynes scenes, or why Ben Affleck seems to be trying to undercut his own performance in them. Maybe he really doesnt want to keep playing the character, or maybe he just thought hed try a gruffer, angrier version of Bruce Wayne. But its at odds with the one we saw last year, and a lot less interesting.

At least Jeremy Irons gets a little more to do as Alfred this time.

Look, at this point you know what youre getting. Its a DC movie its loud and frenetic when it doesnt need to be, overstuffed with peripheral characters who dont matter and action sequences that barely register.

But when it remembers to be quiet and let its characters actually talk, Justice League hints at better movies that might still come out of this franchise.

Also it has Wonder Woman, and shes great. Go see it for her.