NOW MagazineMovies & TVReviewsReview: My Spy is this generation’s Kindergarten Cop

Review: My Spy is this generation’s Kindergarten Cop 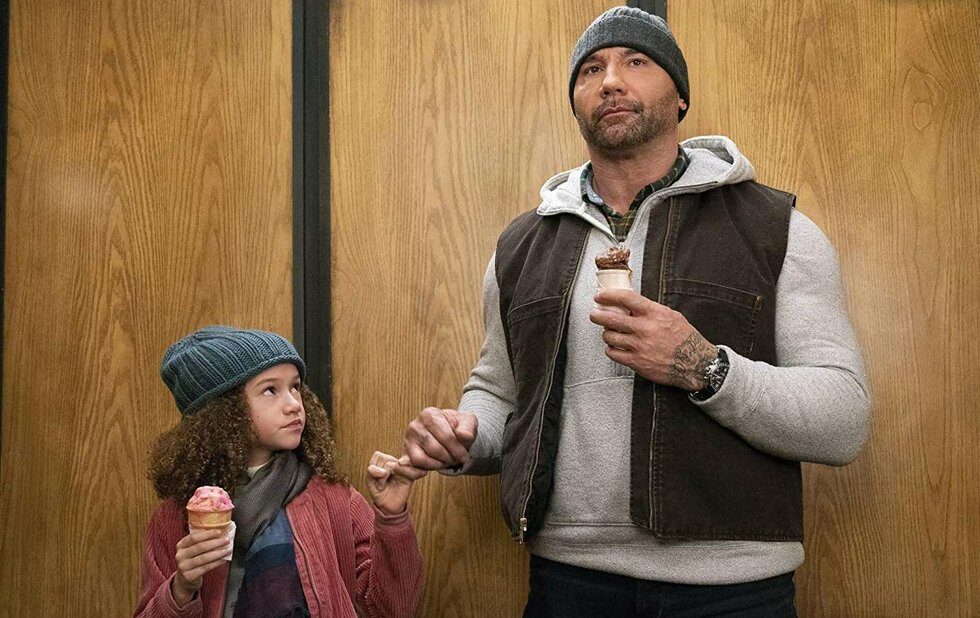 We’ve all seen Kindergarten Cop and The Pacifier, right? Or at least we’ve seen their posters, in which a muscle-bound action hero is paired up with adorable little kids in the name of PG-level wackiness?

Well, every generation gets the family-friendly, fish-out-of-water action comedy it deserves, so here is My Spy, an especially frustrating exercise in creating a movie that small children will watch on repeat forever. And they probably will, but no one will have any fun at all.

Dave Bautista is appropriately intimidating as JJ, as a CIA operative whose cavalier attitude towards undercover work has just jeopardized an operation to secure some high-grade plutonium out of the hands of a European weapons dealer (Greg Bryk). As punishment, JJ’s reassigned to Chicago to watch the bad guy’s former sister-in-law (Parisa Fitz-Henley) and her precocious daughter (Chloe Coleman) in case he tries to contact them.

But again, JJ’s not the best at spy stuff, and he’s found out almost immediately by the little girl, who blackmails him into being her BFF – and dating her mom, because why not.

It really shouldn’t be difficult to make a decent action comedy out of this premise, and I’m honour-bound to remind you all that neither Kindergarten Cop nor The Pacifier is as good as you remember. (You just watched them when you were young and undiscerning.) Still, My Spy somehow feels like the least enjoyable of all of them, a haphazard combination of espionage clichés and dopey parenthood comedy that keeps setting up decent ideas and failing to make them land.

The cast is certainly capable: Bautista has proven himself a deft comic action player in more than just those Marvel movies, and pairing him with Kristen Schaal’s eager-beaver tech whiz should yield at least a few laughs. Ken Jeong is appropriately cranky as their boss, and Bryk puts an interesting spin on his rote evildoer: he’s less a ruthless zealot than a guy who’d really, really like to close this deal and be done with it.

But director Peter Segal (Get Smart, Grudge Match) isn’t interested in showcasing offbeat performances or finding new ways to deliver the exposition his audience might need. He just moves through a series of indifferently staged dialogue scenes, throwing in the occasional chase to break up the boredom of watching Bautista and Coleman wander around a dozen Toronto locations pretending not to like each other. It’s like he isn’t even aware his two leads play well together, which is increasingly frustrating. (Also frustrating: the way individual scenes keep building comic momentum, only to stop short of actually being funny.)

At least a whole host of Toronto actors – including Blood & Treasure’s Ali Hassan, Coroner’s Nicola Correia-Damude, The Beaverton’s Laura Cilevitz and Don’t Talk To Irene’s Michelle McLeod – showed up and got paid.

It’s not much, but it’s something.