What to watch on Crave in August 2021

Including In The Same Breath, Anne Boleyn, Street Gang: How We Got To Sesame Street and Star Trek: Lower Decks 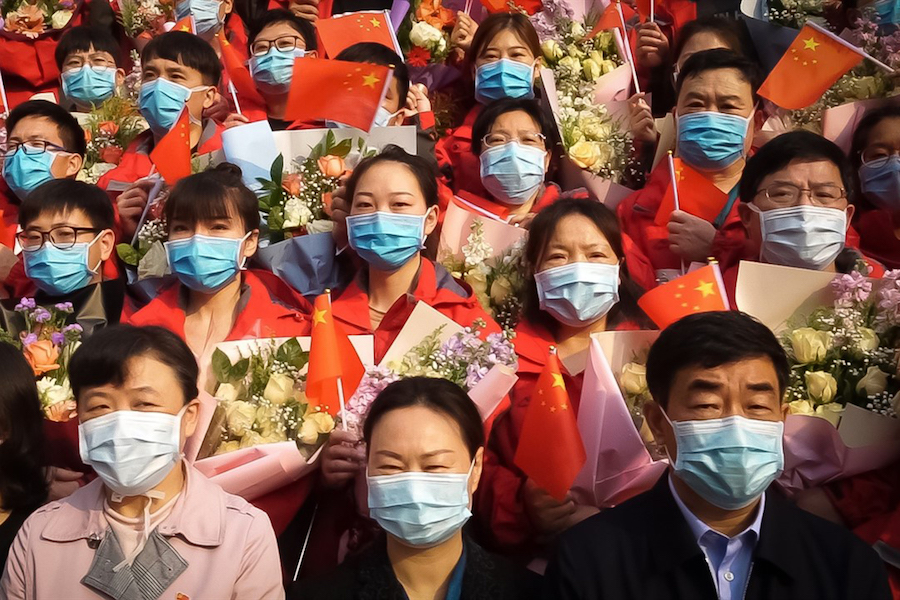 In The Same Breath

One Child Nation filmmaker Nanfu Wang once again explores the personal and far-reaching impacts of state propaganda through a seamless blend of several documentary styles. In The Same Breath ingeniously takes viewers inside off-limits Wuhan hospitals, ambulances and crematoriums during the city’s coronavirus outbreak and the subsequent lockdown that stunned the world in January 2020. Working remotely with a group of local cinematographers, Wang calls into question China’s official death toll and shows how propaganda spreads like a kind of virus to undermine public health. It’s a visual stunner that also draws sadly ironic parallels to the early U.S. response. August 18

Street Gang: How We Got To Sesame Street

Based on Michael Davis’s book, this HBO documentary from Marilyn Agrelo (Mad Hot Ballroom) charts the history and evolution of the landmark children’s television show, mixing priceless behind-the-scenes footage with contemporary interviews with the surviving cast and creators – and their children. Did you know Sesame Street was funded by the U.S. government as a project to make educational television diverse, inclusive and engaging? Did you know they hated it in the South? Did you know that the Stevie Wonder counting song that’s been bouncing around your head for most of your life came from the show? All of this is true, and in telling the story, Agrelo fulfills the most important mission of Sesame Street: she makes learning fun. August 2

Most European historical dramas have been lily white. Now this three-part series about the beautiful, doomed second wife of Henry VIII takes its cue from the recent hit Bridgerton and offers up an ethnically diverse cast. Queen & Slim’s Jodie Turner-Smith plays the lead role in this story of the final months of Boleyn’s life as she tries to secure a solid future for her daughter, who will, of course, go on to become Queen Elizabeth I. August 6

Created by Rick And Morty veteran Mike McMahan, this animated comedy – set in the Next Generation era, and focusing on a quartet of ensigns aboard “one of Starfleet’s least important ships,” the U.S.S. Cerritos – got off to a wobbly start, taking most of its first season to develop the characters into the best versions of themselves. But that just means season 2 is set to hit the ground running, as Beckett Mariner (voiced by Tawny Newsome) commits to taking Starfleet seriously, which will make her even more annoying to Brad Boimler (Jack Quaid), who’s built his entire personality on being the guy who does that. But fellow ensigns Rutherford (Loki’s Eugene Cordero) and Tendi (Master Of None’s Noël Wells) will be there to get overenthusiastic about science and stuff on their behalf, there’ll be voice cameos from any number of Trek players, and one of those aliens who speaks exclusively in metaphors joins the crew. So that’ll be fun. August 12

Will the final couple be Kyra and Will, Cinco and Trina, Shannon and Josh or… some new sexy duo? The third American season of the addictive reality TV dating series is shaping up to be one of its juiciest yet. And unlike last year’s edition, which was set in Las Vegas, this one takes place on an actual island. (Does it always rain so much in Hawaii?) The fact that American and Canadian viewers can affect the islanders’ outcomes, via the app, adds excitement. So too does the fact that Crave viewers can now watch Uncensored episodes featuring language and imagery too spicy for network TV. August 2-16

In a perfect world, this true-life tale of romance, tragedy and crowdfunding would have been a huge Christmas hit. Instead, Marc Meyers’s unabashed studio weepie never had a chance to build the word of mouth that would have attracted audiences, and it sank into VOD oblivion. But now, the true story of Toronto couple Jenn Carter and Sol Chau – whose friends launched an online campaign to pay for their 2015 dream wedding when Sol was diagnosed with aggressive liver cancer – has another chance to catch your eye as you scroll through the new releases. Jessica Rothe (the Happy Death Day movies) and Harry Shum Jr. (Crazy Rich Asians) are charming as hell as instant soulmates whose connection sustains them through an unimaginable challenge, and the movie becomes a celebration of the life they could have made… if they’d only had more time. It’s been a rough year. Have a good cry. August 27

Street Gang: How We Got To Seasame Street

Death Of A Ladies Man+
The Journals Of Knud Rasmussen+

Like A House On Fire+
Master And Commander: The Far Side Of The World*
Percy+
Raising Arizona*
The Short History Of A Long Road+
What To Expect When You’re Expecting*

In The Same Breath+
Remember*

The following titles are leaving Crave in August 2021.

Once Upon A Time In Hollywood

Casino Royale (2006)
Diamonds Are Forever
Die Another Day
Dr. No
For Your Eyes Only
From Russia With Love
Goldeneye
License To Kill
Live And Let Die
The Living Daylights
The Man With The Golden Gun
Moonraker
Never Say Never Again
Octopussy
On Her Majesty’s Secret Service
Quantum Of Solace
Skyfall
Spectre
The Spy Who Loved Me
Thunderball
Tomorrow Never Dies
A View To A Kill
The World Is Not Enough
You Only Live Twice

Gloria: In Her Own Words

Captivated: The Trials Of Pamela Smart

The Death And Life Of John F. Donovan

Back In The Hood: Gang War 2

Cross: Rise Of The Villains
Lucy In The Sky