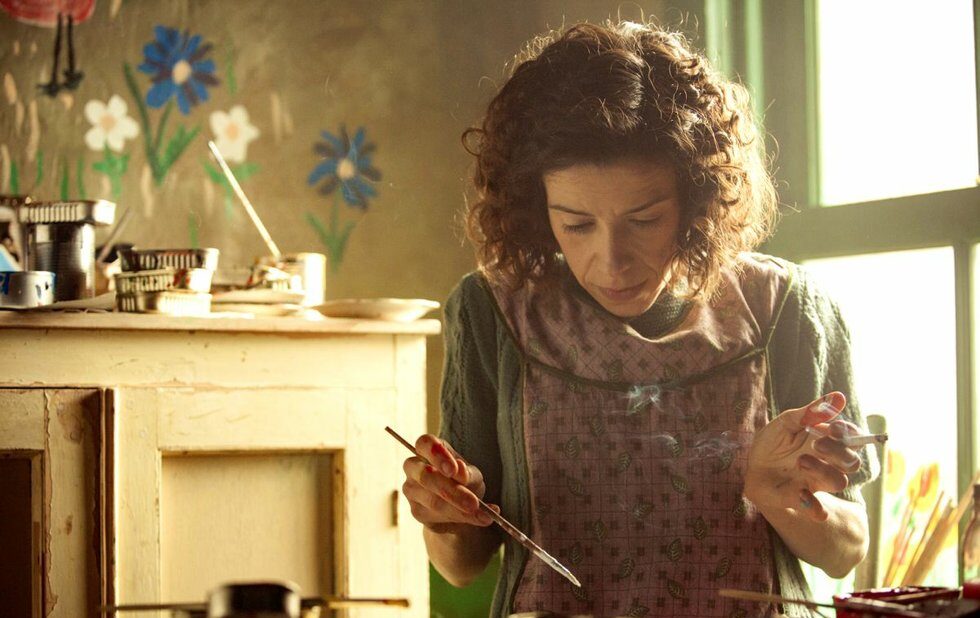 Severely affected by juvenile rheumatoid arthritis, Nova Scotian Maud Lewis (Sally Hawkins) was a self-taught painter who went on to become a pioneer in the folk art movement. Walsh’s film follows her as she leaves her constrictive family to work as a live-in housekeeper for a gruff, antisocial fish seller named Everett Lewis (Ethan Hawke).

Gradually, Maud begins painting images of nature in and on Lewis’s tiny shack of a home her work draws the attention of a touring New York art dealer and misfits Maud and Lewis become an unlikely, eccentric couple.

There are no cheap epiphanies or false lyrical moments, but the film’s humour and unadorned, unprettified setting ring true. Even though there’s a lack of momentum, the performances are excellent.