Review: A Quiet Place Part II offers another round of creepy creature peril 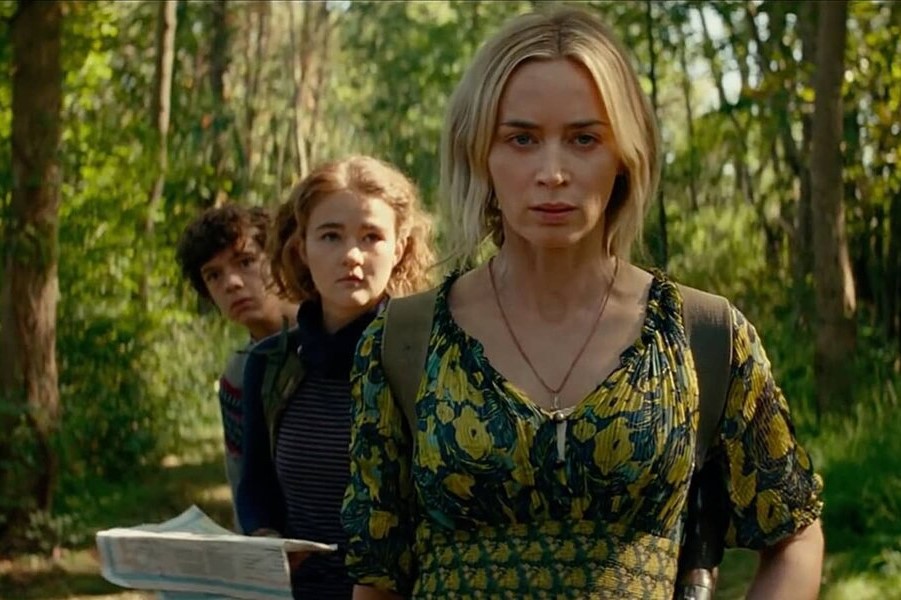 Technically, A Quiet Place Part II has been playing in Ontario since the end of May, screening at drive-in theatres in the GTA and elsewhere. But most of us are only just getting the chance to see John Krasinski’s sequel to his 2018 horror smash, which was originally scheduled to open in the spring of 2020 but… well, you know.

A number of new movies play differently after the year we’ve all just had, but A Quiet Place Part II is the only one I’ve seen so far where the COVID disconnect works: like its predecessor, the film is set in a world that’s almost entirely empty of life, with a handful of characters making their way carefully through depopulated environments with great caution.

Here, of course, they’re trying not to attract the marauding alien smash-beasts that kill anything that makes a noise, so the comparison pretty much ends there. But after a year of having to be very conscious about the way we move through the world, A Quiet Place Part II can’t help but land a little more intimately than its predecessor.

That said, Part II is very much in step with the first film; in fact, after a prologue that flashes back to the day the monsters arrived, the action picks up just seconds after the first film’s climax, with the surviving Abbotts – mother Evelyn (Emily Blunt), daughter Regan (Millicent Simmonds) and son Marcus (Noah Jupe) – regrouping after a devastating loss and finally venturing out of their home into the larger world, where they’ll discover they aren’t the only people left on Earth… but they might be the only ones who’ve hung onto their humanity.

As a writer/director, Krasinski remains great at set pieces, creating coherent visual spaces and generating considerable tension out of long, deliberate takes. Blunt and Simmonds are incredibly watchable performers, whether with dialogue or without; it’s particularly great to see Simmonds add new layers to Regan this time around, as she channels the trauma of recent events into a reason to strike out on a dangerous new quest. And the decision to open the story up beyond the Abbotts is a smart move, even though it risks getting the audience hung up on certain story points.

While Krasinski has a solid sense of character and a decent feel for structure, he’s not so hot at world-building. The Quiet Place franchise operates on minimal exposition, which is fine, but it’s also possible for movies to convey information to the audience that might address obvious concerns. And I found myself wishing Krasinski had spent just a little more time explaining the whys of his menace rather than the hows. Two movies in, all we know about the aliens is that they’re very hard to kill and they don’t like noise; it’d be nice to have some sense of why they’re around and what they want, beyond silence. They’re not eating the people they kill, so what does sustain them? Intensely felt political opinions? (Wait, is that why they’re always screaming?)

Anyway, I digress. Krasinski’s clearly conceived A Quiet Place Part II as a delivery mechanism for elaborate suspense sequences rather than a metaphor for social media, so if all you want from a Quiet Place sequel is another round of creature peril, near-misses, and last-minute rescues from brave, resourceful heroes, this is definitely that. And now you can watch it in a big, dark theatre, if you’re so inclined, to immerse yourself properly in its world. Or stream it at home, if you prefer. But turn the lights off either way.