Review: Mike Wallace Is Here delivers an editorial collage of the veteran journalist 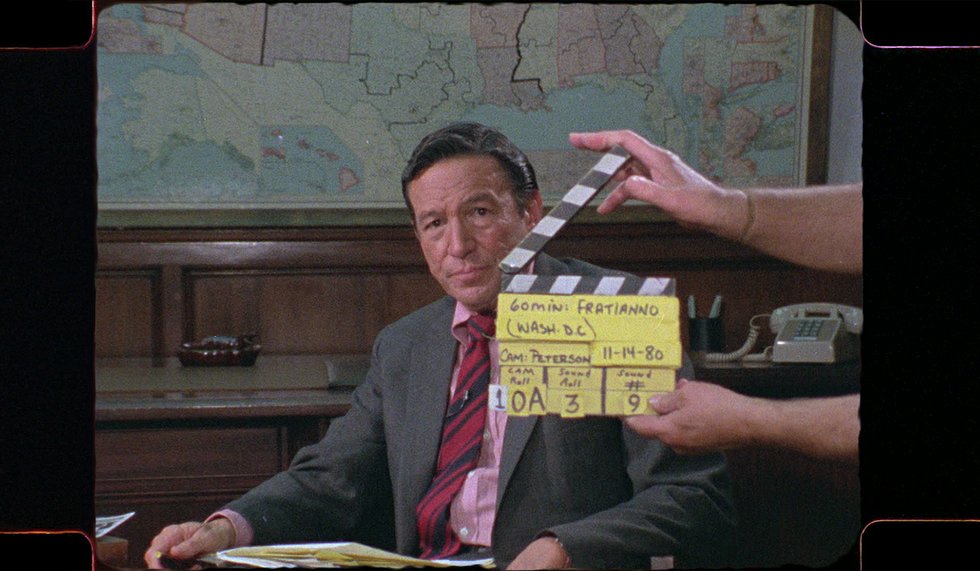 Mike Wallace Is Here is less a biographical documentary than an editorial collage of its subject’s life, as director Avi Belkin shuttles through Wallace’s life and career.

Working exclusively with archival material (much of it provided by CBS News, which gave the filmmaker access to decades of interviews), Belkin organizes a chronological sprint through Wallace’s seven decades in media. We start with kinescopes from his time as a radio and TV announcer, commercial pitchman and occasional actor, move to his pivot into news in 1955 and his eventual ascension to stardom-slash-notoriety as the point man on 60 Minutes, which launched in 1968 and dominated TV news for decades.

Wallace, whose pugilistic approach to both investigative reporting and celebrity conversations helped make 60 Minutes must-see television, died in 2012 after several years of failing health. His reputation has faded in the ensuing years, and this film is clearly designed to put him back into the conversation, reminding us of the historic personalities he confronted – among them Martin Luther King Jr., Malcolm X, Richard Nixon, Ayatollah Khomeni, Barbra Streisand, Larry King and Bill O’Reilly.

To be absolutely accurate, the film jumps back and forth in time so that the veteran CBS journalist can reflect on a given incident or period as the subject of someone else’s interview. Wallace sat down for plenty of them over the decades, both with his 60 Minutes colleagues and with more disinterested parties like Merv Griffin, David Letterman and Jon Stewart. What’s fascinating is the way he behaves when he’s asked a question he doesn’t want to answer: he’s dismissive, deflective, disapproving and evasive, exactly like every one of the people he cornered over the years.

We also see Wallace talking to some puffy New York real estate tycoon who runs his mouth about how he’d do a better job of negotiating international treaties than those bozos in the White House, which I read as Belkin’s suggestion that the world was a better place when Wallace was around to call bullshit on self-embiggening idiots bent on bringing everyone else down to their level. Or maybe it’s just a good clip.

That’s a problem with Belkin’s rapid-fire editorial approach. Mike Wallace Is Here has the effect of turning every story into an anecdote, keeping the film from spending more than five minutes inside any one event.

The Vietnam War, Watergate, the Iranian revolution, the explosive 1995 interview with tobacco-industry whistleblower Jeffrey Wigand that inspired Michael Mann’s The Insider, the death of Wallace’s son Peter in 1962 and Wallace’s own experiences with crippling depression, which led to a suicide attempt he denied for decades – they’re all reduced to summaries, rather than treated as the deeper investigations on which Wallace made his name.

Maybe that’s Belkin’s point: that contemporary journalism has settled for easily digestible, context-light sound bites rather than discourse or dialogue that’s intended to find the inarguable truth of a thing. But what I wouldn’t give to see the entire, unedited footage of an interview by, and with, Mike Wallace. Or even just a film that finds a better way to explore all of the contradictions of the man we see, rather than just note them in passing.