Review: Shaft is a waste of Samuel L. Jackson and straight-up awful

Nearly two full decades after the star and John Singleton reinvented the Blaxploitation icon for the 21st century, this inept sequel undoes everything they accomplished 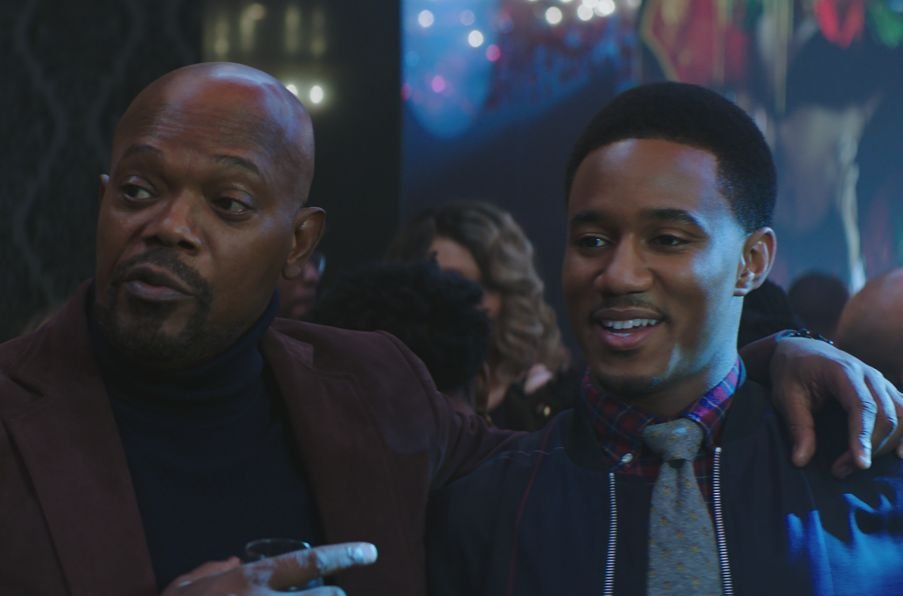 You kinda have to feel for Samuel L. Jackson. Of course he’d sign up for another Shaft movie why wouldn’t he? He had a lot of fun in the last one, the iconic Blaxploitation hero had been shaped around his persona, and he looks awfully good in a leather trenchcoat.

But then you see the results, and you wonder how anyone could have thought this specific Shaft would work. It’s straight-up awful: not just indifferent to its own themes, but aggressively lazy in almost every aspect. The director’s going through the motions, the actors don’t care, even the stunt performers feel checked out. I know it’s a movie, because I sat through all 111 minutes of it, but this Shaft doesn’t feel like anything at all.

Say what you will about the pulpy swagger of John Singleton’s 2000 Shaft, which introduced Jackson in the role as the nephew of Richard Roundtree’s 70s Harlem hero, but that movie was actually about something. Singleton found a modern idiom for the mechanics of Blaxploitation movies, reframing Jackson’s PI as a moral avenger out to bring down a smug, murderous racist played by Christian Bale in full American Psycho mode. Shaft vs White Privilege wasn’t exactly a new idea for the series, but it was a great excuse for an update.

This Shaft, scripted by sitcom writers Kenya Barris and Alex Barnow, has no such ambitions. Jackson’s John Shaft is a macho joke, an unreconstructed asshole stomping around New York complaining about computers, millennials and coconut water – all of whom are represented by his son John Junior (Jesse T. Usher, who played Will Smith’s son in that awful Independence Day sequel), an FBI analyst who enlists the father he’s never known to solve a friend’s murder.

Shaft The Elder is disgusted to learn that J.J. is working for The Man, but he’s even more disgusted by his clean living, his distaste for guns and his respect for women. J.J., in return, is repelled by his father’s old-school aggression, his sexism and free use of the N-word. But wouldn’t you know it, over the course of the case the two men learn they’re not so very different after all.

There’s a version of this Shaft that could play as a broader, almost surreal culture-clash comedy. (It’d certainly provide a context for Regina Hall’s high-energy performance as Shaft’s ex and J.J.’s mother.) At multiple points in Shaft I found myself wondering whether Barris and Barnow were riffing on Edgar Wright’s buddy-cop blowout Hot Fuzz, with buttoned-down J.J. slowly drawn into his father’s stylized world of pimps, dope fiends and pistol-packing gangsters and discovering he has a flair for it. I’d watch that movie. It might even engage with the problematic legacy of Blaxploitation cinema in a way this film can’t even imagine.

But if that was the original idea, it’s been smothered by years of rewrites – you can tell how old a given scene is by the amount of time Shaft and J.J. have been apart, which is established as 30 years in the prologue but is also said to be 20 or 25 years at different points in the action. (It’s like figuring out the age of a tree by looking at its rings.)

The script is so flabby that no one gives a shit about anything that happens. Director Tim Story, who’s given the world two Fantastic Fours, two Think Like A Mans and three Ride Alongs of equal bland competence, rushes the setup, ignores the actors’ attempts to develop their characters and never even figures out how to relay the exposition about the conspiracy at the film’s centre, to the point where one of our heroes is surprised by information we’ve already seen him discover. He’s more interested in needle-dropping The Ronettes’ Be My Baby into a restaurant shootout than he is in structuring that shootout to be interesting or suspenseful.

He’s not terribly interested in the geography of New York, either, bouncing all over the city and insisting that Harlem is still a run-down hellscape instead of a rapidly gentrifying neighourhood. That’s a conflict worth exploring in a modern Shaft movie: what happens when John Shaft’s entire environment reshapes itself around him? Is there a point to fighting a decades-old fight in a world that’s moved on?

I’d say I hope the next Shaft movie deals with that, but I’d be kidding myself: there won’t be another Shaft movie. This one kills the franchise. It’s a low-down, dirty shame.