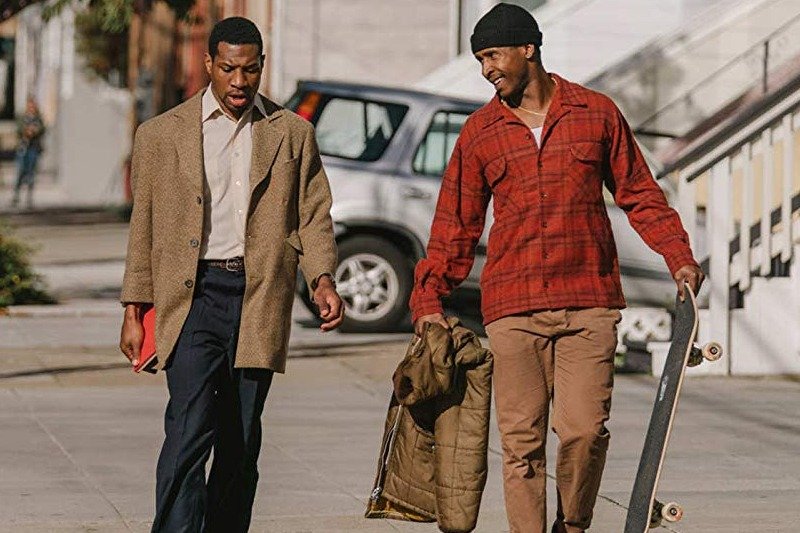 The Last Black Man In San Francisco aims to turn the slow creep of gentrification into the stuff of epic tragedy – or at least a prize-winning indie drama that sometimes mistakes self-importance for profundity.

The film is a calling card for director Joe Talbot and star Jimmie Fails, who based the characters on themselves and shot much of it in Talbot’s family home. They’re out to make great art out of their long friendship, and they come pretty close.

The film is a paean to the dignity of San Francisco’s Black population, which has been displaced by rising property values and an influx of wealthier white folks. It’s evocatively shot (by Adam Newport-Berra, cinematographer of the young-Obama biopic Barry) and scored (by Emile Mossari, using a palette of woodwinds that recall 60s studio dramas), the better to radiate quality and integrity. But there’s also hollowness – a sense of calculation, if not outright manipulation – that gets harder to ignore as the movie goes on.

Fails plays Jimmie, a directionless young man who lives with his best friend Mont (Jonathan Majors) and Mont’s grandfather (Danny Glover) in a ramshackle house in a decaying part of town. (San Francisco’s a pretty small city, but they’re still a good distance from anything.)

Actually, Jimmie wants something. His sole desire is to reclaim the house in which he grew up – which, he tells anyone who’ll listen, was built by his grandfather after the Second World War and thus occupies a sacred space in the Fillmore district. He stops by on a regular basis to keep the paint fresh and weed the garden, cheerfully ignoring the current owners’ requests to get the hell off their property.

When those owners (who are middle-aged and white) are forced out in an estate dispute, Jimmie moves in, inviting Mont along. Jimmie fixes up the place while Mont looks on soulfully, aware that this can’t last forever. Mont looks on soulfully at a lot of things, being the sort of person who carries a notebook around all the time, forever sketching people and writing down ideas the film occasionally pauses so we can stand in awe of his talent, which feels more than a little like Talbot stopping to appreciate his own genius. The director is also white, while his avatar is Black, which is… problematic.

Talbot and Fails do their best to stretch this slim narrative over two hours, letting Jimmie and Mont wander the city as unlikely seers: Jimmie is a holy fool, while Mont can perceive the truth of a person’s soul. The filmmakers based the characters on themselves, and maybe should have taken a step back at some point.

There’s an artistry and an empathy to The Last Black Man In San Francisco that’s undeniable, but there’s narcissism as well: when Jimmie tells two (young, white, female) strangers that they can’t hate his city unless they love it as well, you can feel the hipster’s sneer underneath.

They loved it at Sundance, but then of course they did.