NOW MagazineMovies & TVReviewsReview: Live-action The Lion King is a soulless film that works against its material

Review: Live-action The Lion King is a soulless film that works against its material 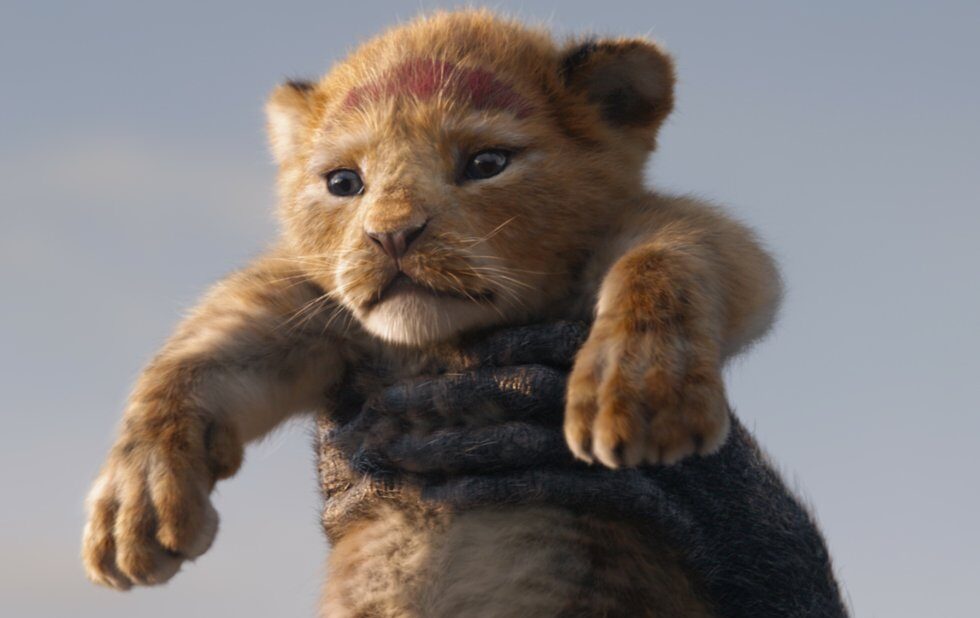 Jon Favreau’s all-star, all-digital remake of The Lion King is both the apex and nadir of Disney’s endless campaign to harvest its animated classics for name recognition and additional revenue.

No expense has been spared to bring us this photorealistic re-creation of the 25-year-old animated classic, which last graced theatres in a 3D edition back in 2011. It will make a million billion dollars. It is an abomination.

For those of you who’ve never encountered either Roger Allers and Rob Minkoff’s Oscar-winning smash or Julie Taymor’s brilliant 1997 stage adaptation (a remount of which just so happens to be playing right now at the Princess of Wales Theatre), The Lion King is the story of Simba, a bright-eyed young cub tricked into fleeing his home – and his rightful place on Pride Rock – after his scheming uncle Scar orchestrates the death of Simba’s father, Mufasa.

In exile, young Simba is befriended by slap-happy pals Timon and Pumbaa, a meerkat and warthog who teach him the value of putting his traumatic past behind him and living for the present. But their idyll is short-lived when Simba’s old friend Nala arrives with the news that Scar’s regime has all but destroyed the pridelands, forcing Simba to return and confront the usurper.

It’s Hamlet with hairballs, basically, but a good story is a good story, especially as expressed in the height of Disney’s animation renaissance – and precisely at the point when hand-drawn and digital techniques were working to support, rather than replace, one another. The original Lion King is a very good movie, and rightly beloved. But it’s a Disney property, and that means it’s grist for the mill.

Favreau, who’d previously experimented with digital characters and environments in his 2016 reworking of The Jungle Book, has clearly made the movie he wanted to make. My question is why he wanted so badly to make a version of The Lion King that actively, even aggressively works against the material. Playing the story out with realistic animals rather than the moderately anthropomorphized characters of the original film means taking away the expressions that let us connect to those characters.

Simba’s vulnerability, Mufasa’s tenderness, Nala’s resolve, Timon and Pumbaa’s goofy charm (and comic terror), Scar’s purring deception, Rafiki’s wild-eyed glee… it’s all just gone. It’s up to the voice cast to find the emotion or gravity in a moment, and even then, we’re still confronted with the reality that these gifted performers’ voices are coming out of the mouths of dead-eyed animal avatars.

What remains looks like nature documentary footage that’s been repurposed into a new Lion King: yes, it looks like real animals are having conversations and confrontations, and even singing a few familiar songs. But it’s not documentary footage, because its setups and compositions are too neat: Favreau has enlisted the brilliant Caleb Deschanel as his cinematographer, but neither artist remembered that CG animals are still an illusion that needs to be sold in-camera – the way Dean Cundey and Steven Spielberg ingeniously kept the camera a few frames “behind” the dinosaur action in the first Jurassic Park, to suggest the operator was trying to predict the movements of untrained animal performers. This Lion King replicates the stately, prestigious look of the animated original, but that just renders everything inert.

Or maybe that’s a side effect of Jeff Nathanson’s screenplay, which replicates large chunks of the animated script in their entirety while still adding another half-hour to its running time. This also has the effect of reminding us how efficient – or how slender – the original movie was when it takes almost a full hour to get to Mufasa’s death and Simba’s exile, something is seriously wrong with your pacing.

Desperate to find something nice to say about this movie, I’ll throw to the voice cast. Billy Eichner and Seth Rogen do some very good work as Timon and Pumbaa encouraged to riff on the characters, they’ve come up with some fun new bits that suit their own established personae. (Eichner’s great at the songs, too.)

I liked Donald Glover’s understated, hesitant take on the adult Simba, the guilt of what he thinks is his part in his father’s death gradually sharpening into anger at Scar’s betrayal. And Chiwetel Ejiofor does his best to separate his scheming Scar from Jeremy Irons’s more gleeful take on the character maybe Ejiofor knew his digital avatar wouldn’t be able to handle the demands of a sneer, or maybe the constant dismay in his voice is his way of signalling to the audience that he did the best he could.

The women in the cast are still sidelined by the story, but Beyoncé, Alfre Woodard and Florence Kasumba do their best to give Nala, Sarabi and Shenzi some personality.

As with The Jungle Book – and Aladdin and Dumbo and Cinderella and Beauty And The Beast and every other damn one of these unnecessary Disney remakes – it’s clear that everybody made an effort. Ground was broken, time was put in, credit was given. But, at least artistically speaking, it was all for nothing.

If anybody believed this venture was about art, that might be meaningful.