James Franco’s bizarre adaptation of Steve Erickson’s novel has lots of intriguing parts, but they don’t come together 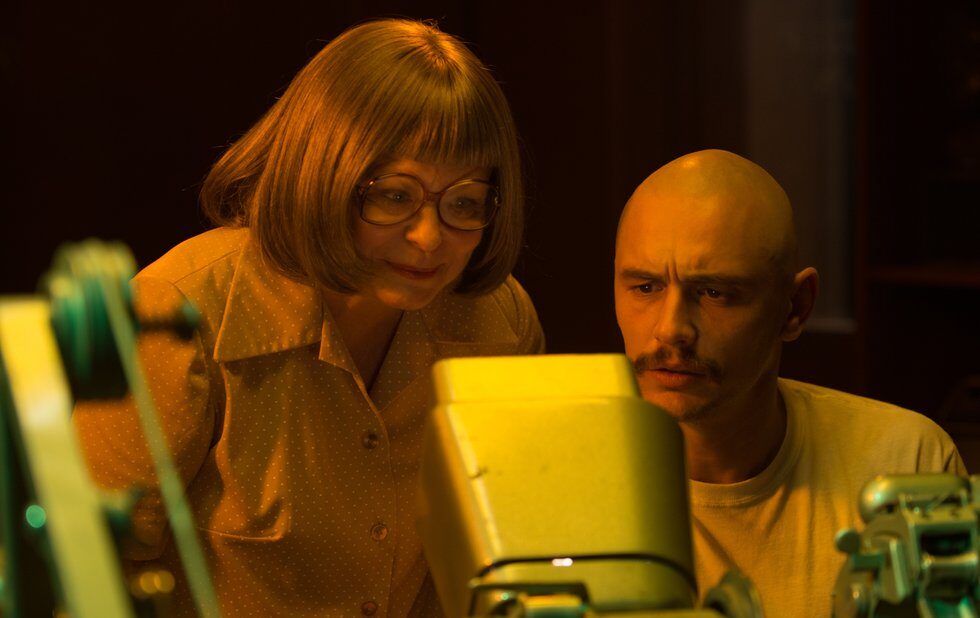 Shot in 2015 but mired in legal issues following its distributor’s collapse, James Franco’s Zeroville is a very weird beast, caught somewhere between wild comedy, incomprehensible cinephilia and shameless directorial excess. Someday it might be a cult movie, but I think that day may be a long time coming.

Franco’s bizarre adaptation of Steve Erickson’s 2007 novel is a hall of mirrors that tries to mix New Hollywood cool with the outré psychodramas of cult Spanish filmmaker Jess Franco. It’s also an accidental companion piece to Quentin Tarantino’s Once Upon A Time In Hollywood, opening the day after Sharon Tate’s murder and being just as free with history.

Franco (James, that is Jess died in 2013) stars as Ike, a movie-worshipping drifter who shows up in Los Angeles in the summer of 1969 with no apparent past and not much of a personality the only interesting thing about him is the massive tattoo of Montgomery Clift and Elizabeth Taylor in A Place In The Sun that decorates the back of his bald head.

Ike gets a gig as a set painter at Paramount Pictures, where his tattoo becomes a totem for people who recognize the reference before too long, he’s taken under the wing of bloviating, gun-toting Viking Man (Seth Rogen, as a version of Apocalypse Now screenwriter John Milius), who rechristens him Vikar and introduces him to his pals, a bunch of bearded wannabe filmmakers who want to make movies about robots, great white sharks and Vietnam.

Vikar discovers a love for film editing, falls for a melancholy starlet (Megan Fox, as a version of Jess Franco’s muse Soledad Miranda), gets a gig cutting her latest picture, and… well, after that it gets really complicated, with Vikar jetting to Venice, New York City and L.A. like some sort of cinematic Forrest Gump.

Franco is clearly having a great time playing with visual textures and remixing pop-culture history – the movie stretches over a decade, incorporating the making of Love Story and Apocalypse Now, the arrival of punk rock and the release of Eraserhead. (“Fuck continuity” is a recurring motto, which I think is intended as a cheeky explanation for Zeroville’s tweaks to history.) And he’s a generous collaborator, letting Craig Robinson, Will Ferrell, Joey King and Gus Van Sant (!) turn up to steal a scene or two.

But a story needs to go somewhere, in the end, and Zeroville never finds a way to stitch all of its disparate parts together. It’s just an assemblage of influences and notions – though it’s kind of retroactively fascinating as a stepping stone to Franco’s much more impressive meditation on cinematic obsessives, The Disaster Artist. That one had a point.