NOW MagazineMovies & TVNews & FeaturesWhat to watch on Crave in June 2020

Including Michaela Coel's I May Destroy You, the new Perry Mason, RuPaul's Drag Race All Stars season 5 and the documentary Welcome To Chechyna 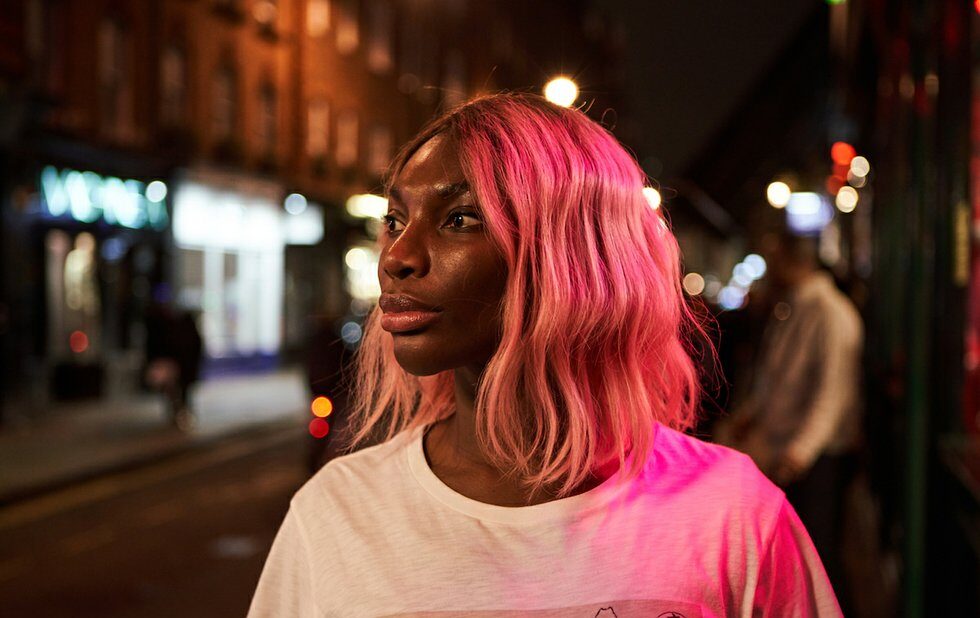 British TV creator and actor Michaela Coel's I May Destroy You is inspired by autobiographical events.

I May Destroy You

British writer/director/actor Michaela Coel’s latest series tackles sexual boundaries, consent, sexual assault, trauma and race. But if her great comedy series Chewing Gum is any indication, we’re expecting I May Destroy to be more cinematic than algorithmic. Coel stars as Araballa, a writer-turned-social media influencer who is drugged and sexually assaulted during a night on the town. The experience sends her careening both inwards and outwards, reassessing close relationships while amplifying her social media presence. Similar to Chewing Gum, I May Destroy You is inspired by autobiographical events. Chewing Gum introduced us to as a wonderfully expressive actor and astute social commentator. It’ll be interesting to see how this ambitious TV creator’s instincts play out in more classically dramatic material. June 7

The popular reality series just wrapped season 12 by cleverly adapting its familiar format beats for quarantine times. Even through Drag Race has become much-needed comfort viewing during the pandemic, our self-isolation times inspired an ingenious finale. It felt like a shake-up this long-running watercooler show needed. Now, get ready for another one: season 5 of All Stars – filmed last June – is giving us another twist. The 10 returning fan favourites competing for the All Star crown will now have to square off against a roster of “lip-sync assassins.” Here’s hoping the the format change-up means the show won’t have to fall back on over-produced reality-TV drama to get us through the next two months of quarantine. June 5

If you thought the world’s greatest criminal lawyer had died with Raymond Burr, think again: a new HBO miniseries is reviving Erle Stanley Gardner’s creation, and it’s got an awful lot of talent behind it – starting with producer Robert Downey Jr., who’d originally considered playing the role himself but wound up casting Matthew Rhys, fresh off The Americans, to play a younger, greener Perry in an origin story set in 1932 Los Angeles. And Rhys isn’t the only heavy hitter: the ensemble cast also features Tatiana Maslany, John Lithgow, Stephen Root, Lili Taylor, Juliet Rylance and Gayle Rankin, any one of whom could be anchoring a show of their own. June 21

I’ll Be Gone In The Dark

One of the sad things about Michelle McNamara’s riveting 2018 true crime book was the fact that the author didn’t live to see it published. Even more tragic? Just two months after it came out, the subject of the book – known as the Golden State Killer, a masked man who had invaded dozens of homes and raped and murdered 12 people in the 70s and 80s – was caught, in a way that McNamara had outlined in the book. Now Liz Garbus’s six-part doc covers the fascinating story, and no doubt will include footage from the arrest and imprisonment of the culprit. June 28

It’s Pride Month and a few buzzy documentaries with queer subject matter that debuted at Sundance are now landing on streaming. One of them is How To Survive A Plague director David France’s look at the network of activists rescuing LGBTQ people from state-sanctioned violence in the reclusive Russian republic. The film picked up awards at Sundance and the Berlinale and uses face-swapping technology called “Deep Fake” to protect the identities of subjects. Toronto-based Rainbow Railroad is a major focus of the film. June 30 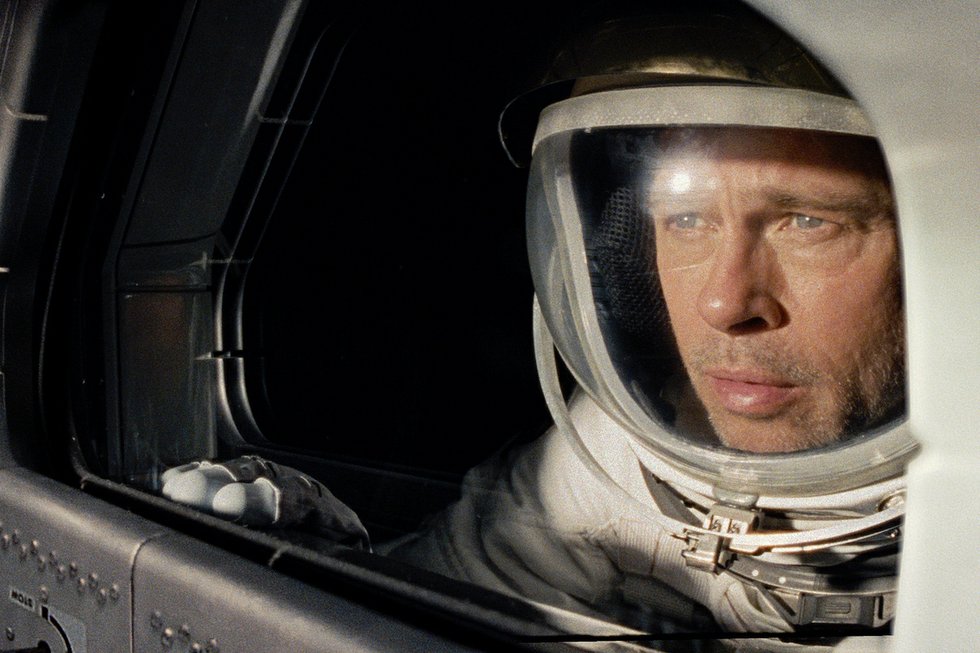 Space is a lonely place for Brad Pitt in Ad Astra.

Last year’s other great Brad Pitt performance is hiding in James Gray’s artful interplanetary riff on Apocalypse Now, which casts the erstwhile Cliff Booth as an astronaut traversing the solar system to find his missing father and (not incidentally) save all life on Earth. Gray’s gorgeous, sombre sci-fi drama rivals Alfonso Cuarón’s Gravity for speculative realism and near-constant peril, but Pitt’s understated work turns a massive space epic into the tiny, vital story of a son travelling out into the infinite depths, searching for answers to questions he doesn’t even know he’s been asking. June 12

It’s hard to believe Alfre Woodard has spent much of her 40-year career being called underrated. In Clemency, she proves why she’s a talent that deserves leading roles, with a performance that doesn’t require many words but manages to be incredibly moving. Woodard stars as Bernadine, a cold prison warden whose numbness to the daily executions she oversees suddenly begins to dissipate, leaving her to confront just what her job has taken from her – emotionally and psychologically. Aldis Hodge memorably co-stars as the latest prisoner who has the misfortune of meeting her, and somehow manages to break her steely resolve. June 26

Lucy In The Sky

Here’s another movie about a lost astronaut – though almost all of the voyaging in Noah Hawley’s first feature is of the internal variety. Starring Natalie Portman as a character loosely inspired by Lisa Nowak, the NASA mission specialist who drove from Houston to Florida in 2007 to confront a colleague she believed to be her romantic rival, Lucy In The Sky is a study of a woman in crisis, and how her inability to fit back into life on Earth after two weeks in orbit puts her on a path to disaster. Hawley’s auterist flourishes can be a bit much, but Portman delivers one of her finest performances as the troubled hero with the right breaks, this could have been an Oscar contender. Instead, audiences fixated on Hawley leaving out the more tabloidy aspects of the story… which was, of course, his entire point. June 5

If you don’t already consider Sandra Oh one of the greatest actors to hail from Toronto, it’s not too late to start into Killing Eve. Created by the great Phoebe Waller-Bridge (Fleabag, Run), Oh stars as the eponymous Eve Polastri, an intelligence operative hot on the hunt for Villanelle (the equally charming Jodie Comer), a potentially psychopathic assassin in a cat-and-mouse game with Eve. By the second season, there was a certain heat between the two, and it became unclear whether Eve was hoping to catch Villanelle to put her away or to keep her for herself. The third season feels a little less emotionally poignant (Waller-Bridge took a backseat in the writer’s room),but it still delivers on sufficiently savage drama. June 5

The Big Interview With Dan Rather (seasons 6-7)

Yvonne Orji: Mamma I Made It!+

Oggy And The Cockroaches (season 4)

The Kindness of Strangers+

Babe: Pig In The City*

Lucy In The Sky+

Mia And The White Lion+

Scott Pilgrim Vs The World*

Who The Fuck Is Arthur Fogel?*

Teen Titans Go! To The Movies

Your Kids, Their Questions: A Your Morning Coronavirus Special

Sicario 2: Day Of The Soldado

The Bridges Of Madison County

Citizen Jane: Battle For The City

Close Encounters Of The Third Kind: The Director’s Cut

The Colossal Failure Of The Modern Relationship

The Girl With The Dragon Tattoo

Ride With The Devil

Rise of The Guardians

Snakes On A Plane