The band's swelling, emotionally vibrant new Let's Try The After Vol. 2 EP will be packaged with the first EP for an exclusive Record Store Day vinyl release 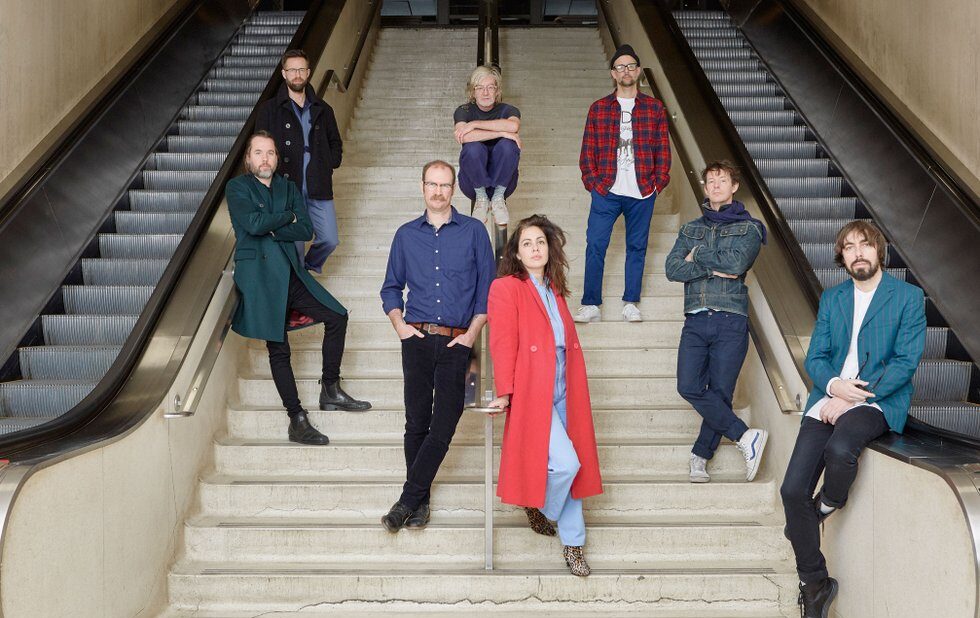 I am often overcome with sadness while listening to Broken Social Scene records. Even ones that are supposed to be joyous, like 2017’s Hug Of Thunder. The Toronto collective’s swells of clanking guitars, gregarious horns and delicate vocals are devastating to me, even when they aren’t meant to be. Contained within every song is inescapable raw emotion. Buoyancy in the dark. Hope for the hopeless.

This is especially true on their latest EP, Let’s Try The After Vol. 2. The band released volume one in February (which I also reviewed), and now both are being packaged together on vinyl as an exclusive Record Store Day release, out April 13. Vol. 2 begins similarly to the last, with a too-brief instrumental track, Memory Lover.

Big Couches is more meditative initially, building to its repeated “Where did you go?” lyric. BSS have always been good at building scenes within their songs, or soundtracks for you to create your own. On the dreamy title track, Kevin Drew sings “Everyone has mountains in their shoes / but who the fuck can climb this?”

Can’t Find My Heart is the jewel of the EP, perhaps of this two-fold project. It’s vivid and assured, even amidst a story told by an uncertain narrator. It sounds like classic Broken Social Scene: big questions about life and ego (with big horns).

There’s a cohesive theme and sound shared by the EPs, especially if you listen to them back to back, but there’s a depth that keeps the experience from feeling easily digestible. They mirror life that way,  cycling through markers of growth or pain or happiness, periods of questioning and uncertainty. This world sucks, as BSS tell us all over the two-part project, but maybe it’s better if you feel something, anything, rather than nothing.

Drew says these EPs represent continuity, a momentum forward through devastation or happiness. But what is after? As concerned as they’ve been with the balance of memory and the future, their strength, particularly here, is establishing the ambiguity in that conversation, not providing concrete answers.

Perhaps that’s why these EPs elicit such an emotional response. Their lush and vivid sounds feel like a reaction to change – and the self-reckoning required to move forward.