Phoenix’s Ti Amo will get you ready for summer 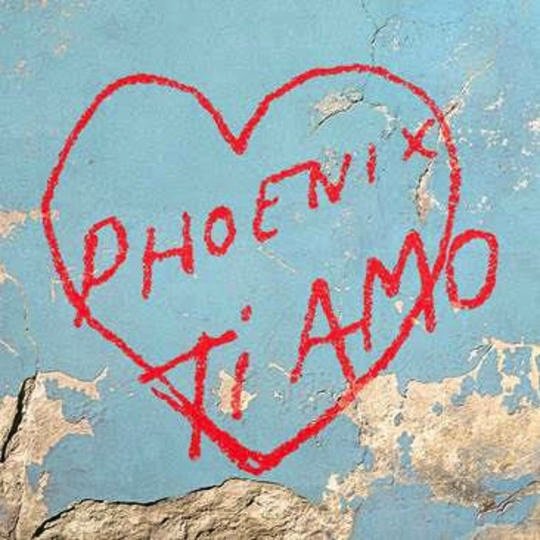 It’s hard to say if it’s a calculated move, but Phoenix always have their albums ready and available for the summer. With their flashy soft rock radiating idyllic, breezy vibes, they’re the quintessential summer-fun band.

Ti Amo (“I love you” in Italian) follows up 2013’s Bankrupt!, an album so disappointingly decent that most people tend to forget it was even released, one that came after 2009’s massive breakthrough, Wolfgang Amadeus Phoenix. Does Ti Amo attain that hit effort’s same glory?

Not quite. The French band’s sixth isn’t stocked with bangers, nor does it have the dynamic pulse of Wolfgang. But that might work to its advantage for people looking to relax this summer.

Like most of their catalogue, Ti Amo kicks off with a couple of singles: J-Boy is a classic mid-tempo tune bathed in twinkling synths and with a whimsically falsetto chorus. The title track flirts heavily with a vibe guitarist Laurent Brancowitz has described as “summer and Italian discos.” The disco influence extends into Tuttifrutti – so dance-rock you’ll be flashing back to 2004 – and the gorgeously Balearic Fior Di Latte.

Phoenix often top-load their albums with the strongest cuts, but the second half of Ti Amo keeps apace and sets the course for, dare I say, a block of material that could be deemed “nu-yacht rock.” Goodbye Soleil is pure deck-shoegaze, with its undulating, quixotic textures, and Telefono could pass for something by a French Hall & Oates cover band partially singing in Italian.

Ti Amo feels like the kind of escapism Phoenix and their compatriots could use right about now. And the fact that it’s the most summery music they’ve ever made is like a big, red cherry on top.