NOW MagazineMusicConcert reviewsA Tribe Called Red have lost a member, but they haven’t missed a step

A Tribe Called Red have lost a member, but they haven’t missed a step

In their first of three nights at the Danforth Music Hall, the Indigenous electronic duo put on a powerful and uplifting dance party 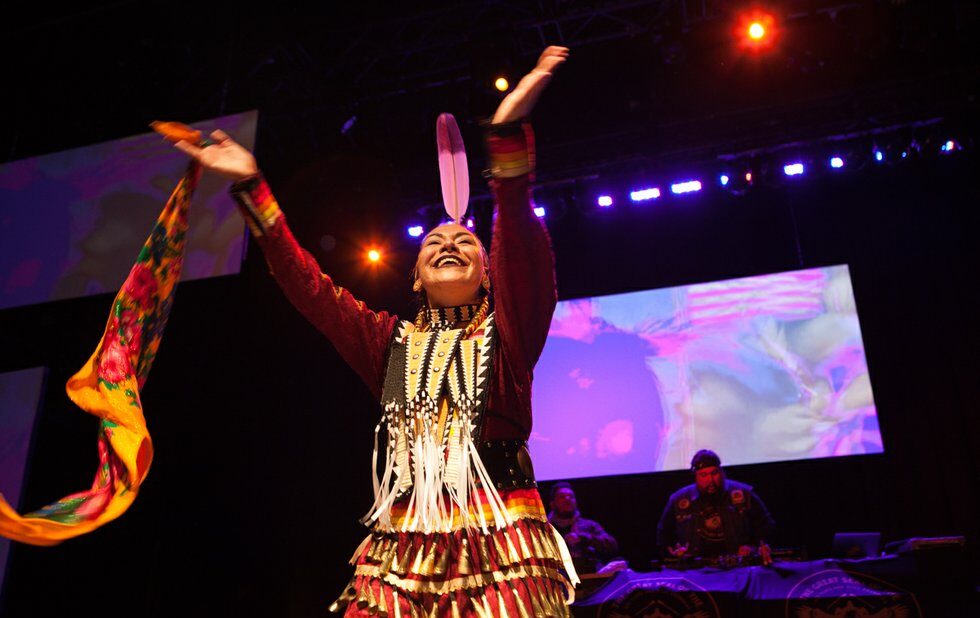 If you’re seeing A Tribe Called Red at the Danforth Music Hall, be prepared to sweat.

The Indigenous electronic crew played the first of three sold out nights there on January 19, their first Toronto show since DJ NDN (aka Ian Campeau) left the group to focus on activism, and they were greeted with explosive cheers before they even took the stage. They haven’t been playing as a duo for long, but 2oolman and Bear Witness never missed a step.

They effortlessly moved between the electric pow wow style they’ve made iconic and a variety of international music flavours like reggaeton, soca, calypso, hip-hop, dancehall and dubstep. However, throughout, it was A Tribe Called Red’s original music, especially tracks off their Polaris Prize-shortlisted 2017 album We Are The Halluci Nation, that received the biggest reaction.

Barely 10 minutes in, I found myself smack dab in the middle of a dance pit – an electric-pow-wow-meets-dancehall-meets-Coachella corner where everyone got free. Even a few security guards briefly danced their way in before slipping back out. 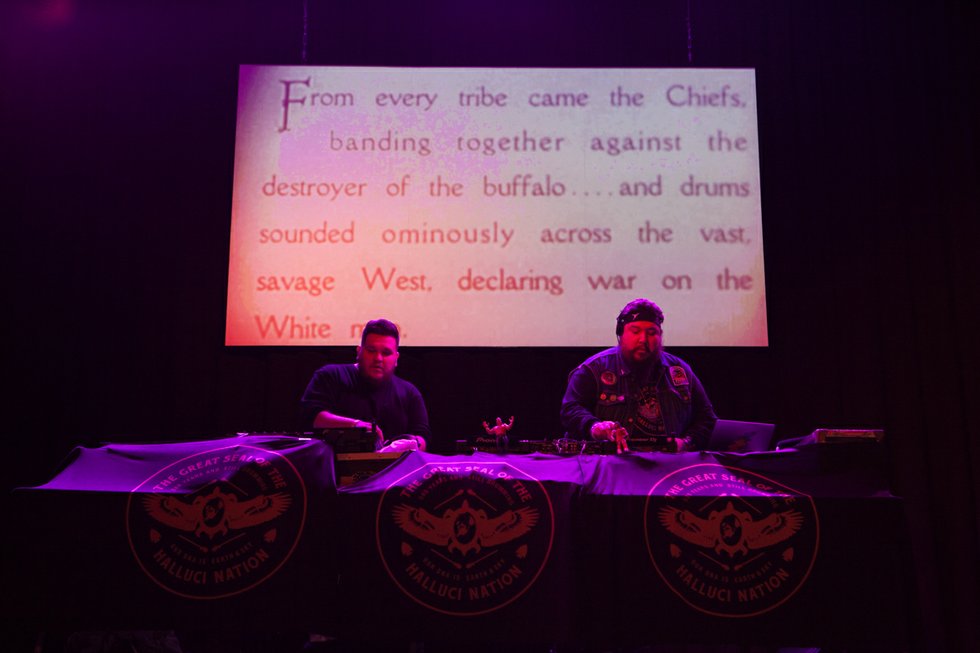 Five screens surrounded the duo projecting images during the show. Starting with photographs of Indigenous men and women from various nations, they then looped and recontextualized depictions of Indigenous people in pop culture and sport, from animation to wrestling to New Zealand’s national rugby union team, the All Blacks, performing their pre-game haka. Most strange and hypnotic was the looped image of Michael Jackson joyously dancing with traditionally garbed dancers in his 1991 Black Or White Video.

Like Bob Marley, whose celebration of his own culture and political activism was unflinchingly honest yet uplifting in its inclusivity, a Tribe Called Red has the rare ability to bridge communities in their music. Their generous mingling of songs like Bunji’s We Ready For De Road with their own explosive beats felt transmutative, like nightclubbing around the world in 90 intensely spellbinding minutes. The powerful music, talented dancers and thought-provoking images all felt meaningful and integral, never leaving room for the energy to drop. Whatever ecstatic feeling you desired, you could experience at some point during the show. 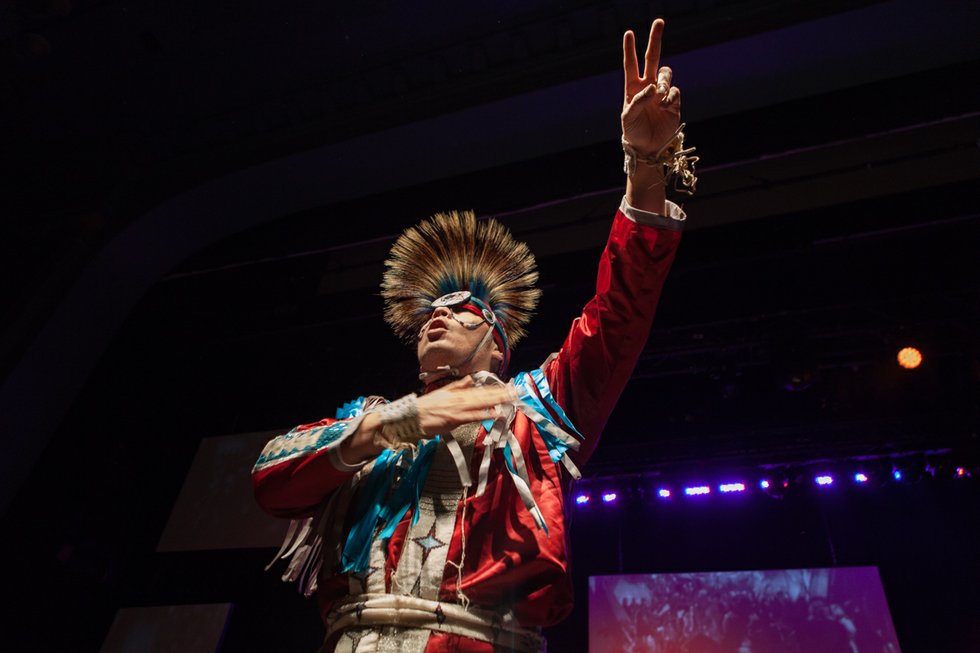 Ultimately, there’s no easy way to wind down a party like that, but at least at the Danforth Music Hall there’s two more to go. 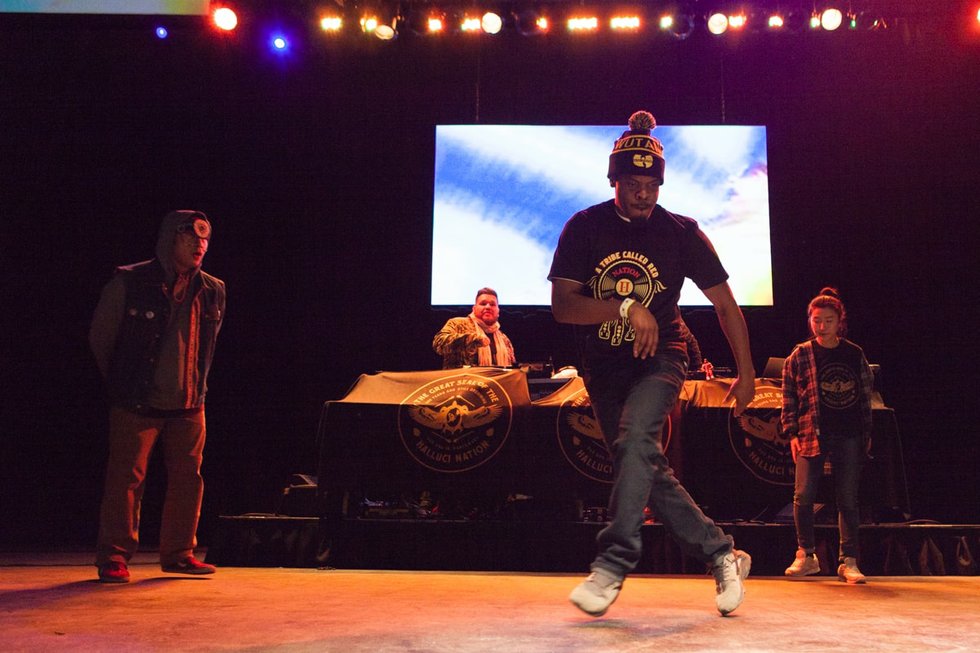 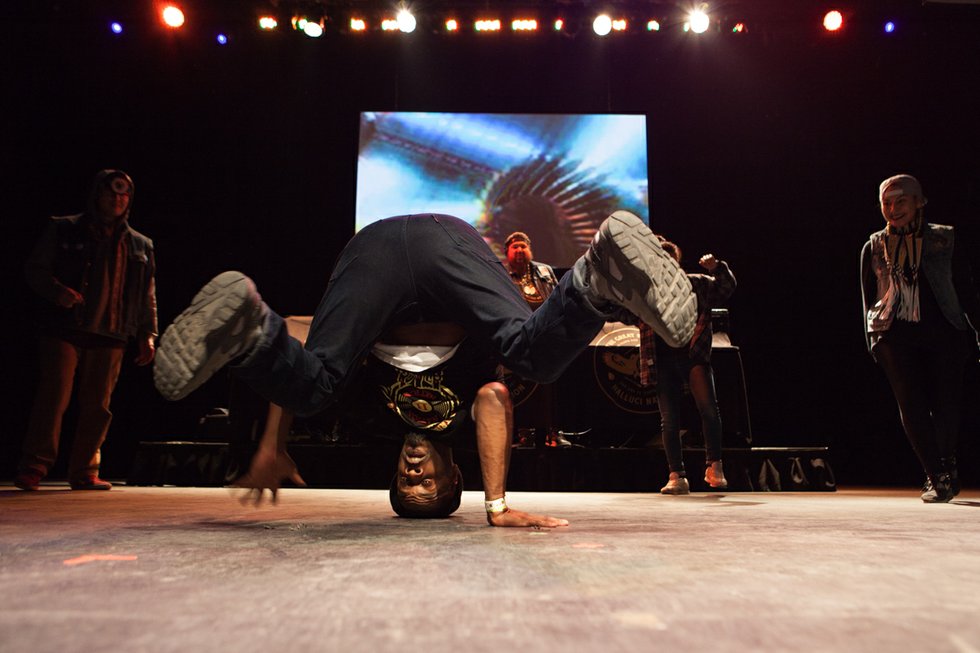