All 10 of our critics’ picks this year came from solo artists. From experimental R&B to heartbreaking indie rock, all were singular visions and complete statements. 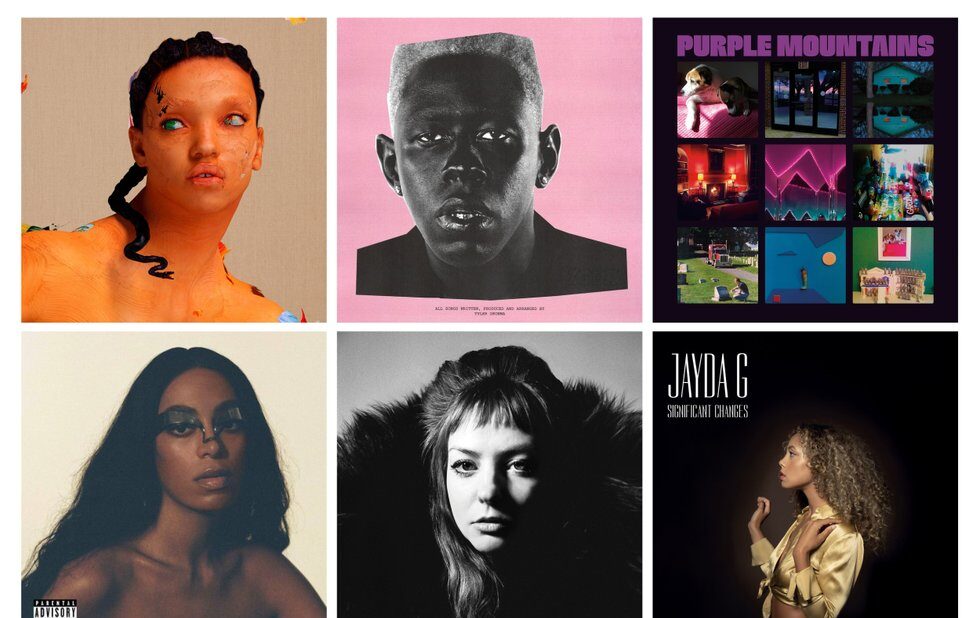 The British experimental R&B artist born Tahliah Barnett proves she’s one of this generation’s most exciting artists with her long-awaited follow-up to 2014’s LP1. Focused on narratives of vilified women, including its namesake, Mary Magdalene, the album is unsparing in its pursuit of mining the artist’s personal trauma and heartbreak, particularly on the near-operatic Home With You and the painfully subdued closer Cellophane. FKA Twigs’s soprano vocals float over vast beats with a fragility that draws us in and cloaks us in equal parts warmth and despair. MICHELLE DA SILVA

An album about both intense feelings and emotional disconnection, Igor is the rapper/producer’s most personal, cohesive and heartfelt album. Building on the genre-averse mixtape style of 2017’s Flower Boy, Tyler delves deeper into synthy psychedelia in songs heavy on daydreamy textures and details that add high drama to pretty typical subject matter: pining after someone who’s emotionally unavailable. Igor takes the spiral and turns it into a symphony.  KEVIN RITCHIE

David Berman was back, and then he was gone. It’s impossible to overstate the profound impact of the Silver Jews frontman’s return in 2019, with a masterful album followed by his sudden passing. Purple Mountains’ self-titled debut arrived like a long-lost family member on fans’ doorsteps, as Berman’s hangdog voice joined some of the lushest musical backdrops of his career. Reflecting on divorce, the death of his mother and tears drowned in margaritas at the mall, he sounded as sharply sardonic as ever before. A heartbreaking triumph. JESSE LOCKE

4. Solange: When I Get Home (Columbia)

Three years after coming into her own on her Grammy-winning album A Seat At The Table, Solange returned to her southern roots. In nearly 40 minutes, Solange explores the concept of home as both abstract and concrete – a setting and a feeling. It’s a multi-dimensional tribute to Solange’s upbringing in Houston’s Third Ward, with party-ready bops like Almeda and slower, more meditative tracks like I’m A Witness. It really does feel like home. SUMIKO WILSON

Self-destruction sounds almost too good on Angel Olsen’s All Mirrors. On her fourth full-length, she dramatically smashes everything she has ever known in pursuit of change. Sombre lyrics are bolstered by grand strings, foreboding synths and, of course, Olsen’s singular voice – twangy and lusty and strong. It’s difficult but refreshing and bold because that’s what change is. What emerges from the drama is the universal clarity that whatever hurt then won’t hurt anymore. SARAH MACDONALD

The Vancouver-raised, Berlin-based musician’s full-length took familiar elements of disco and house – heavenly harmonies, handclaps and spoken word – and reconfigured them into blissed-out songs that exalt the communal energy and voices powering those genres while adding personal touches. Full of samples that nod to her environmental sciences background, Significant Changes’ gorgeous productions go from instantly accessible to left field and back again. A sublime debut. KR

One of hip-hop’s most singular voices does it again. He’s looking a lot more normcore these days and his beats have gotten less anxious than the unrelenting post-punk of his last album, Atrocity Exhibition, but Danny Brown continues to wave his freak flag. Legendary A Tribe Called Quest rapper Q-Tip is the executive producer, and he oversees some of the Detroit MC’s trippiest, most psychedelic beats. You’re never quite sure how he’s going to rap over them, but his unmistakable flow is totally elastic, still making room for the occasional laugh-out-loud punchline. Just the way Brown pronounces “LinkedIn” is worth the price of admission.  RT

Underground icon Kim Gordon waited until 38 years into her music career to make her first official solo album, but it was worth the wait. While her other former Sonic Youth bandmates have mostly been staying in their comfort zones, this is totally fresh (while still bursting with her long-established artistic sensibility). It’s a combination of electronic percussion, glorious noise and her perfectly raspy vocals, all draped in the self-destroying excess of late-capitalism: Airbnb, online identities and monetized wellness (Get Yr Life Back yoga, anyone?). Indie albums don’t sound like this anymore, but they should. RT

“Doesn’t it feel much warmer, just knowing the sun will be out?” That last line from Power On guided me all year. Through a rough winter and doubt-filled days, it was the reassuring promise of a sunrise over the horizon. It’s evocative of the entire album, one that saw Blake’s lyricism veer away from his melancholia into restorative healing and love. His trademark distorted, jarring electronic production was parsed down. With features from heavyweights and wunderkinds (André 3000, Rosalia, Travis Scott), he entered a new space where joy feels possible.  KELSEY ADAMS

Note: this list does not include albums from Toronto artists. Find those on our 10 best Toronto albums of 2019 list here.

Check out more best and worst of 2019 stories here.