The best Toronto albums of 2019

From confidence-oozing hip-hop to anonymous country, record collector psych to morbid pop-punk, it was an eclectic year for local music – and a very good one 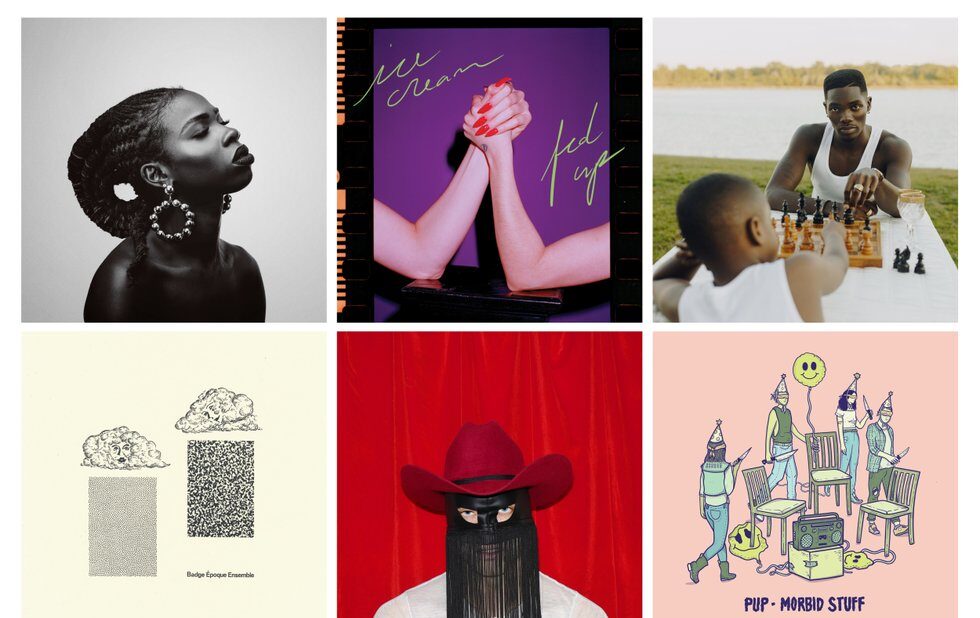 If you heard this self-released album, you paid attention. You had to. The Brampton MC lays out all the things that might marginalize her or hold her back from a successful hip-hop career, the stuff you’re not supposed to talk about (race, skin tone, even height), and then completely owns them with passion, energy, confidence and surgical steel. She drops mile-a-minute boasts and sings infectious dancehall bops. She does everything to make you listen, and people did – she won the Polaris Prize (full disclosure: I was part of the grand jury that made the decision) and now ends the year on a mural on Yonge Street.                      RICHARD TRAPUNSKI

On their sophomore album, Carlyn Bezic and Amanda Crist go bigger and bolder, trading in the lo-fi drum machines of their 2016 debut Love, Ice Cream for blistering synths, arena-worthy guitar solos and duelling powerhouse vocals. Songs explore heavy themes like trying to find freedom in capitalism, deconstructing the patriarchy, subverting the male gaze and succumbing to anger and nihilism. As we close out a decade defined by the rise of populism, climate anxiety and the housing crisis, the sentiments of Fed Up feel very apropos. SAMANTHA EDWARDS

Approaching soul music from a hip-hop perspective, TOBi’s debut album toys with convention by combining elements of R&B, country and pop. It’s an effortlessly malleable album filled with silky verses and simmering melodies. It’s tied together with a series of vignettes about the Nigerian-Canadian artist’s search for identity after emigrating from Lagos to Ottawa as a child and then to Toronto. There’s no telling how far TOBi’s talents will take him in 2020. CLAUDIA MCNEILLY

Badge Époque Ensemble is Maximilian Turnbull’s (FKA Slim Twig) new project, and his outfit’s self-titled debut album is instrumental music rooted in the dusty, psychedelic funk of 60s/70s-style stock or “library music.” The sextet make good on their commitment to the style through the quality and creativity of their flute-and-clavinet-led performances and the undeniable grooves that follow. The resulting half-hour of surreal sonic expanses leans into its own ephemerality, sounding unstuck in time in the most riveting way possible. MICHAEL RANCIC

Orville Peck’s signature look and dogged insistence on anonymity made it easy for some people to write him off as a gimmick, but this album is the real deal. Peck has the angelic voice of a young Roy Orbison, a peak Hank Williams yodel and a serious talent for setting a twangy post-punk mood. It’s a shame he missed the Twin Peaks revival – his atmospheric tunes would have sounded perfect in the roadhouse. Nevertheless, his country-queering millennial burnout ballads suited the yee-haw moment enough to make him one of the year’s biggest breakouts. RT

PUP use their scrappy boy-next-door guitar rock to tackle some pretty heavy topics on their third album: dark thoughts, the restlessness of city life, the walls we put up in relationships, existential love songs and songs about searching for purpose in vegan grocery stores. But they do it with a we’re-all-in-this-together, crowd-surfing punk spirit that somehow made this morbid album one of the feel-good hits of the year. RT

Like his debut Freudian, Daniel Caesar’s sophomore album arrives with a clinical title and song names like Entropy, Frontal Lobe Muzic and Superposition, yet despite its nods to psychology, the songs are unpretentious, searching and even blissful. It’s unpredictable and thoughtful, flowing freely – a musical meditation on life, self and love. Self-awareness, romantic honesty, intimacy and passionate love crash together like huge waves. CHAKA V. GRIER

The Somali-Canadian producer and beatmaker’s debut full-length blends hip-hop, house and techno elements into a politically charged, high-energy debut LP. Over 10 tracks, Muxubo Mohamed centres Black women’s issues and voices – from gender-based violence in Somalia in opener Ayeeyo’s Intro / Can You Feel My Rage?, to racial justice on the Viola Davis-sampled EQUITY!!! Fittingly, OBUXUM underscores these messages with shape-shifting rhythms and fluttering textures signifying restlessness and declaration that Re-Birth is just the beginning. MICHELLE DA SILVA

In nature, a dawn chorus refers to birdsong, but for Greene it’s the soundtrack of an early-morning comedown. He leaves the dance floor of 2017’s Feel Infinite as a new day breaks outside. His production is coated in shoegaze, toned-down vocals, hazy and expansive synths, muted drums. The focus is introspection. Night Service, featuring Toronto-based rapper Cadence Weapon – an ode to memories of bloghouse – creates a pacifying balance between acid house and whispered spoken word.  KELSEY ADAMS

The full-bodied voices of Toronto duo pHoenix Pagliacci and producer/songwriter Truss drip in hip-hop, soul, quiet-storm R&B and just enough gospel-tinged passion to make you sit up and take notice. Pair that with their celebrations of love and desire on tracks like MP4 Play and TRP.P’s sound feels fresh and relevant, suggesting a new Toronto sound primed and ready to take its place on the international mantel.  CVG

Clairmont The Second: Do You Drive?

MorMor: Some Place Else