Multi-day grassroots events like Not Dead Yet, TONE and Camp Wavelength have weathered the festival storm 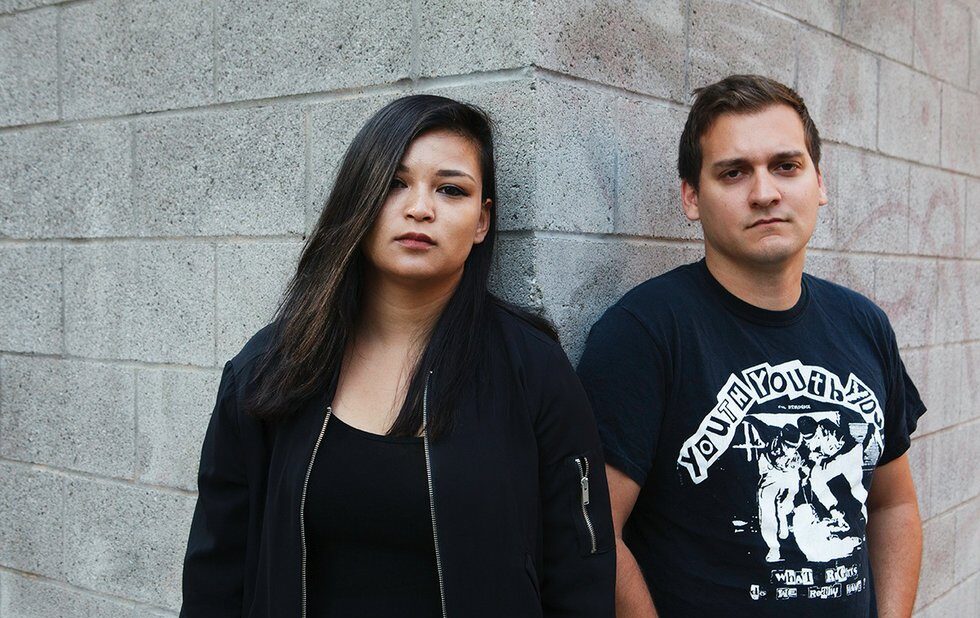 Last year, Hillside made a tough decision: for its 34th edition it would move from the fourth weekend in July to the second one. The reason was WayHome, a much younger and bigger music festival happening two hours away in Oro-Medonte that also took place on that fourth weekend.

WayHome outnumbers Hillside in both size and budget, accommodating 40,000 concertgoers compared to Hillside’s 5,000 maximum. Its existence had caused Hillside’s attendance to plummet by 15 per cent in 2015 and almost 30 per cent in 2016.

But just one year later, the tides have turned. In July, after a noticeable drop in attendance, the three-year-old WayHome announced it would be sitting out 2018. Meanwhile, Hillside marches on.

Festivals fairing better in 2017? Grassroots ventures. Festivals using indoor venues rather than little-used outdoor ones. Festivals with little to no corporate sponsorship. Festivals with acts you might not know yet but whose stages are programmed by folks whose taste you’ve come to trust. Festivals with year-round participation and investment in the local scene.

Take Camp Wavelength, whose last-minute relocation off the flooded Toronto Islands in August meant the loss of its most unique feature: camping. “Despite the location move, we actually saw a slight uptick in attendance this year,” says artistic director Jonny Dovercourt, who has run Toronto new music series Wavelength for 17 years. “About 10 to 15 per cent more than last year.”

“It’s cash only,” she says, “with all of the money going straight to the artists. [And the series is] a way to connect with the businesses and develop stronger ties to the neighbourhood.”

The small-venue approach has also been working for Greg Benedetto and Sarde Hardie, who run Not Dead Yet, “a DIY punk fest for the people” now in its seventh year. It’s almost entirely all-ages, filling a massive void in the city’s live music scene.

The two-person-plus-volunteers operation pared back this year – and might change radically in the coming year, according to Benedetto and Hardie’s musings – both to keep things manageable and as a result of losing the Silver Dollar and Soybomb, where their famed and low-priced after-parties usually took place. Still, 60 to 70 bands – many obscure and international – will play over four days in mid-October at a handful of low-capacity spaces.

“Shows have been pretty much sold out every year,” Hardie says. “But that’s partly because of us deciding not to move them to, say, the [much higher-capacity] Opera House.”

Vibe over revenue is a key element at play. At Hillside, workshops are as much the focus as mainstage sets, and Field Trip keeps families and children in mind.

Karen Ng helps run Toronto avant-garde and experimental music festival TONE and is a touring musician in Andy Shauf’s band. She recalls being at her first Hillside while her boyfriend at the time played WayHome.

“We checked in to see how things were going,” she remembers. “He said, ‘Everyone here is exactly 18 to 21, people keep trying to sell me things, there’s no shade and lots of lineups. How are you?’ And I was like, ‘I just learned how to juggle and a guy in a dress just ran by me. It’s pretty great.’” 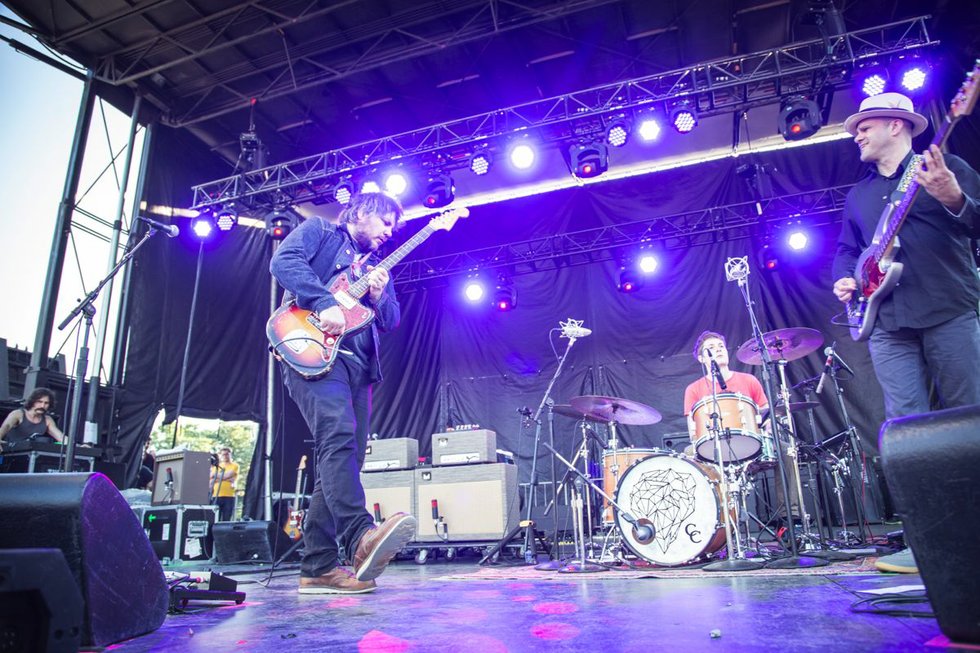 Of course the average large festival – even with all of its “experiential concert-going” branding – isn’t going to go small and sacrifice potential profits when it’s got rising overhead costs and myriad sponsors and funders to satisfy.

But that lack of sponsorship spells freedom to Benedetto and Hardie. “Once that money stops coming in, those festivals can’t do it any more,” says Hardie who, like Benedetto, also works a day job. “With grassroots, we’re not reliant on money coming from anywhere but ourselves.”

Do they make any money?

“If we don’t have to go to the ATM at the end of the festival to pay somebody, then it’s a break-even success,” says Hardie, with a laugh.

Collective Concerts’ Jeff Cohen admits that a decrease in government funding is why the outdoor TURF didn’t happen this year. The major grant they’d applied for, Celebrate Ontario, focused on a Canadian headliner for Canada 150, and TURF wasn’t able to secure one that made sense. Instead they’re focusing on the Horseshoe’s 70th anniversary celebrations.

“Lots of people came to our [past] events,” Cohen says, “but at the end of the day, it’s so expensive to produce when it’s not indoors bricks-and-mortar. It was just losing money. And the communal loss of doing it four years in a row once the government money went down, it was like, ‘Why are we hitting our heads against the wall?’”

Cohen says TURF didn’t have a corporation or sponsorship “writing a big fat cheque to help us sustain the losses.” He hasn’t ruled out future editions, but he says it’s harder to pull off festivals nowadays with so much competition for the same acts – something echoed by Benedetto and Transmit Presents talent booker Denholm Whale – and artists’ fees rising (many of which have to be paid in U.S. dollars). That, in turn, makes ticket prices higher.

“Artists making money is a great thing, but many look at festivals not as a partnership but as a huge payday.”

Partnership – with artists, promoters, venues, etc. – is pretty much what TONE is all about.

It threw its inaugural edition over two weeks in June, featuring German avant-jazz group Grünen, Ethiopian jazz legend Hailu Mergia and master percussionist/gong player Tatsuya Nakatani at the Tranzac, the Jam Factory and the now defunct Ratio. Many shows were team-ups with arts organizations like Electric Eclectics and the Music Gallery, and a chance for like-minded musicians to collaborate.

Run by long-time musicians and DIY event organizers Ng, Tad Michalak, Ron Gaskin and Daniel Pencer with the goal of presenting adventurous music and connecting people, it broke even.

“We were shocked that it did,” says Ng, “because it’s often hard to [make enough to] pay people playing music that’s a little bit difficult or on the fringe. Stuff that’s not widely publicized or known.”

TONE came together after the four co-founders found themselves collectively and independently booking acts that needed shows in Toronto while en route to other festivals. It made sense to promote shows together and pool their resources.

“We really depend on a community that’s already existing and supportive of it,” says Ng. “The DIY and experimental communities in Toronto are super-strong and we’re really supportive of each other. TONE taps into that mindset. We know that if you don’t do it, it won’t get done.”

Ng spent the year playing festivals with Shauf – everything from Vancouver Folk Music Festival to Osheaga to Best Kept Secret in the Netherlands. She noted what works – keeping things small and directed at a specific community, focusing less on headliners and more on making it a good time – and what doesn’t – watching even your favourite artist from inside a concrete box, prohibitive ticket prices.

“A festival should be whatever people need it to be,” she says. “If it needs to be a weekend, that’s what we’ll do. If everybody gets into a major festival and doesn’t need to play TONE, maybe it doesn’t need to happen.

“There should be flexibility from year to year. Having massive expectations and costs and overhead, I think that’s why a lot of major festivals have failed.”

“If you’re focused first on being the cool festival instead of, ‘How do we engage in the music community in a way that it wants and needs,’ then you end up with a Ferris wheel and no one at the festival.”

With files from Richard Trapunski.