We are witnessing Indigenous music’s next wave

The spotlight is shining on a new group of music-makers, but the struggle is far from over 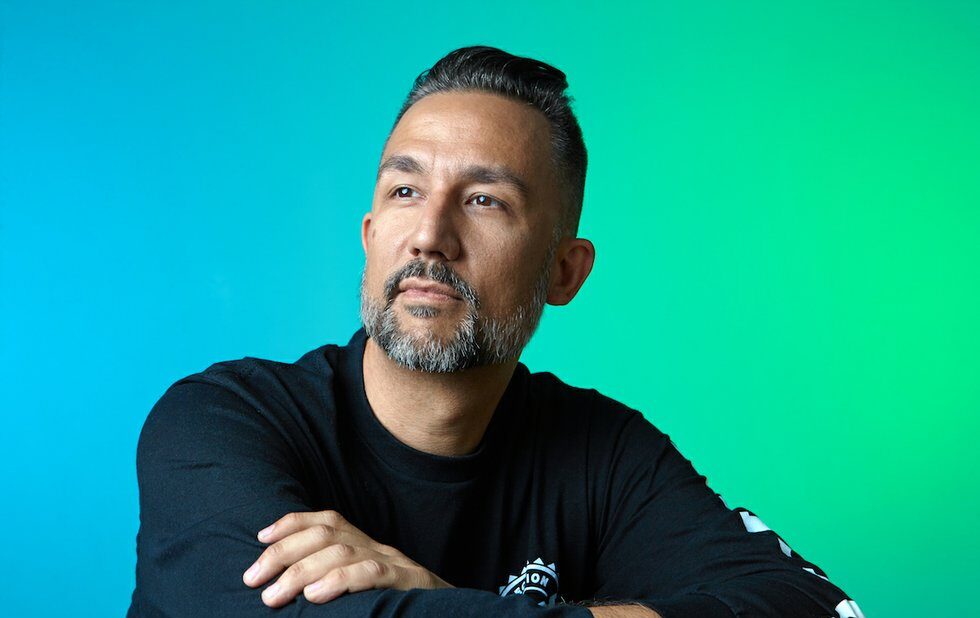 There’s something about the wild, improvised, often raw and ragged power of her artistry that doesn’t just connect with audiences, it comes flying through you like some primal wave of electricity.

Her music is about presence and connection. That she was able to make those things felt at something as seemingly “safe” as the 2014 Polaris Music Prize gala is a testament to the power of her music and her artistic brilliance.

Supported by her band and a murmuring choir of singers, and with the names of the more than 1,200 Indigenous women and girls who have been missing or murdered in Canada over the past several decades scrolling behind her, she took complete command as she performed Uja and Umingmak.

Her music is defiantly otherworldly, and her rhythmic, incantatory reimagining of the Inuit game of throat singing has transformed the form from its reductive reading as a “traditional” practice into its full realization as an expression of new possibilities in contemporary Indigenous music.

That night, she brought the stunned capacity crowd to its feet and also took home the Polaris Music Prize for her album Animism. It was the first time an Indigenous artist had ever won.

Another won in 2015: legendary Cree singer Buffy Sainte-Marie, for Power In The Blood.

And then, when the short list for the 2017 Polaris Music Prize was announced last month, it included an unprecedented three out of 10 Indigenous nominees: electronic/DJ crew A Tribe Called Red, Afro-Indigenous Colombian artist Lido Pimienta and again Tagaq for her latest album, Retribution.

We are witnessing the emergence of an Indigenous Next Wave. And it goes beyond Polaris Music Prize recognition.

A Tribe Called Red, Tagaq and Black Bear Singers opened this year’s Juno Awards with a performance that earned them rave reviews for its acknowledgment of the unsurrendered territory of the Algonquin and Anishinaabe Nations and their continuous and ongoing presence for, as Sainte-Marie put it in her intro, “thousands and thousands and thousands of years.” 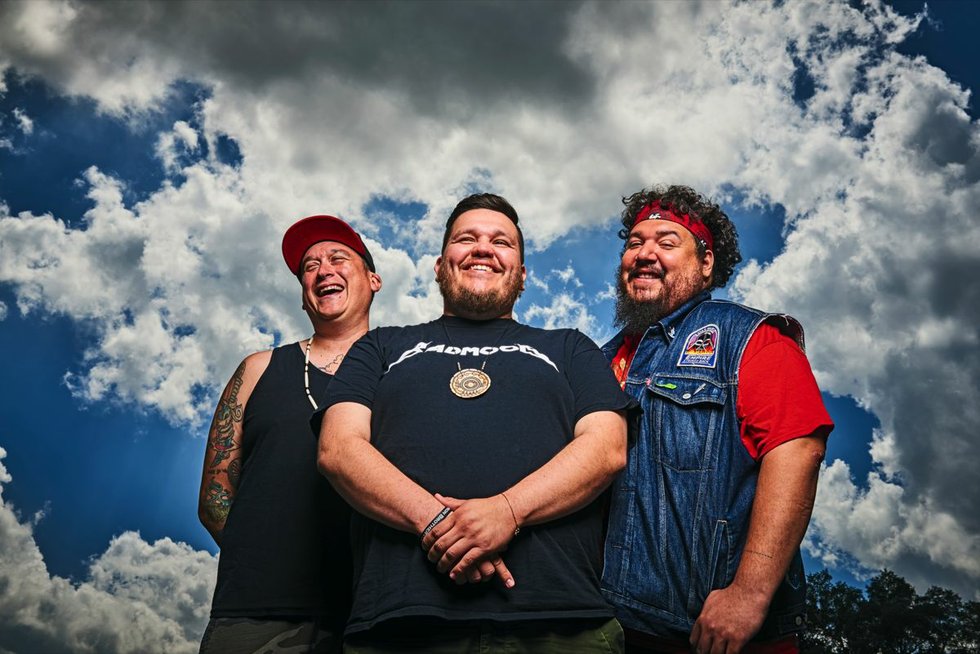 Then there’s the Canadian documentary film exploring the untold stories and indelible influence of Indigenous artists on every genre of popular music. Rumble: The Indians Who Rocked The World came crashing into theatres after an award-winning world premiere at Sundance and standing ovations at this year’s Hot Docs Festival, where it won the Rogers Audience Award for best Canadian documentary and the Hot Docs Audience Award. (It’s screening at Hot Docs Ted Rogers Cinema until August 17, and at 99 Sudbury as part of the Open Roof Festival on August 15. See review.)

Under the shifting shadow of Canada 150, and throughout this contested year of the country’s “sesquicentennial” colonial celebrations, Indigenous artists have been booked (and some have refused to be booked) to headline festival stages across the country and to perform at countless Indigenous-themed events, many flying the banners of reclamation and reconciliation.

So, yes, Indigenous music is having an incredible moment. But it hasn’t always been like this.

When Indigenous artists like Sainte-Marie and Willie Dunn started out more than 50 years ago, there was no Indigenous music scene. There was no wave.

Sainte-Marie had to imagine and build her own path through the racism, dismissal and disinterest of a music industry – and a colonial society – that did not consider the contributions of Indigenous people, let alone artists, worth acknowledging or celebrating.

Over a remarkable half-century of songwriting and performing that shows no signs of slowing down, she has fought being blacklisted and marginalized to claim her rightful place as the matriarch of contemporary Indigenous music. She is one of the community’s longest-standing and most passionate advocates. She has always fought for Indigenous voices and music to be heard.

Indigenous people have fought and continue to fight for access to bare minimum levels of survival. This access is not, and has never been, guaranteed. Many of our ancestors and relatives didn’t make it out of the fight against colonialism alive.

Those who did have carried – and still do – the responsibility of their survival forward so that others in our community can imagine new possibilities in life, art and creation.

On August 8, Trinity-St Paul’s Centre hosts the Native North America Gathering, a concert featuring over a dozen Indigenous musicians and their families from across Turtle Island who appeared on the powerful 2014 compilation album Native North America, Vol. 1.

Released by Light in the Attic and more than a decade in the making, the Grammy-nominated album brought attention to many unheard and poorly documented recordings by Indigenous artists from the 60s through the mid-80s from across Canada and the U.S.

Filled with a fascinating mix of songs across all genres, some performed in the artists’ Indigenous languages, the album has found a wide audience and sparked non-Indigenous interest in Indigenous music. If your only associations with Indigenous music are stereotypical tropes and “traditional” sounds, Native North America is a revelation in sound.

But there’s a strange irony in the current non-Indigenous interest in this music: this is this same audience and music industry whose very racism, dismissal and systemic inequity contributed to the “loss” and “forgetting” of these recordings and artists in the first place.

This echoes struggles many of the Native North America artists faced at the time they’d made the original recordings. “It was a curious anomaly,” Anishinaabe poet and artist Duke Redbird pointed out. “The dominant culture wanted to embrace the things that we represented but they didn’t want to engage with us.” (See our interview with Redbird here.)

Many of the NNA artists had not heard or had access to their original recordings since they were first made. For some, this was due to the original releases being buried, not being given proper distribution, being made in such small numbers that the artists themselves never received copies, or because the musicians did not own their masters and copyright.

Many had not performed the songs for decades. Inuk singer Willie Thrasher had even forgotten how to play some of his songs, but since the release of the compilation he’s been revisiting this music again for a new generation of listeners.

Native North America has offered possibilities for reclamation and rediscovery for both artists and audiences.

The renewed interest in the compilation’s music brings to light a central question and paradox also foregrounded in Rumble: if these artists are so talented, and if they’ve been here all along, why don’t we know about them?

Indigenous artists might now be gaining recognition for their work and expanding their audiences, but the colonial realities that have led to Indigenous peoples’ violent dispossession from our homelands and erasure from our territories have never stopped.

Despite its often apologetic fanfare and some of its citizenry’s desire for so-called reconciliation with selectively perceived historical wrongs and past injustices, Canada continues to depend on the “forgetting” and the exploitation of Indigenous land and life.

Tagaq’s Polaris performance and her devastating Retribution album wouldn’t have the same power if they weren’t reflecting and confronting the continuing realities of violence against Indigenous people.

Indigenous music is the sound of this continuum. 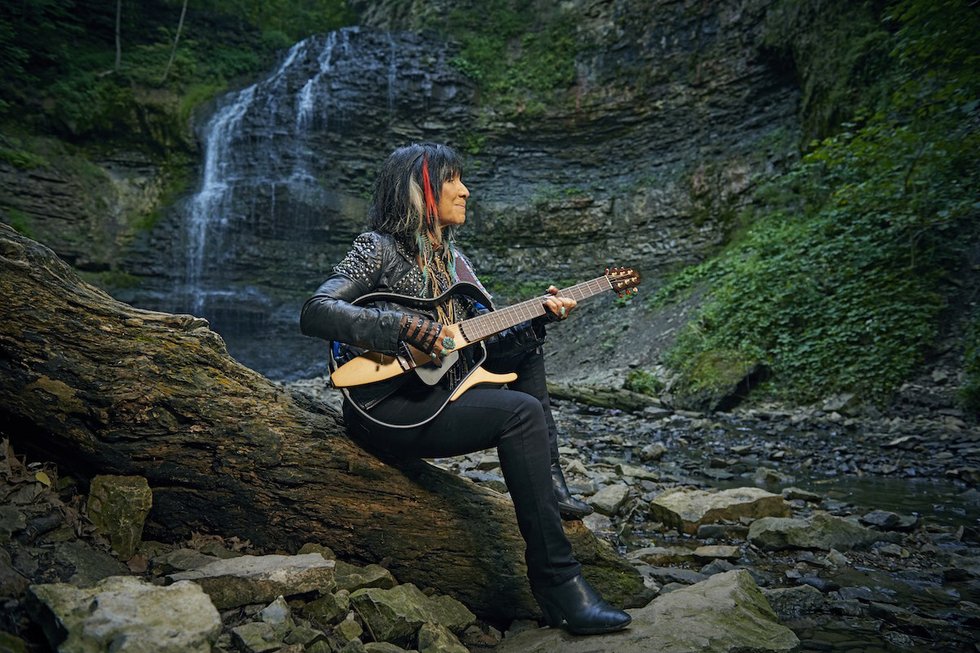 The softness of the song belies its political potency. Its lyrics detail the social ills, injustices and “rumbling revolution” of Dunn’s time – he wrote it in 1973 – yet the song echoes into the present and the future with striking precision.

“To be ruled in impunity,” Dunn sings, “is traditional continuity.”

The song could easily have been written today.

What does it mean, then, to find such resonance from this music of the past in the rush toward the new and the next?

Perhaps this moment in Indigenous music does more than mark a renewed “interest” in Indigenous artists. Perhaps it marks deeper currents, longer continuities.

Indigenous artists have been singing back to power and channelling the strength of our survival through music and art for generations. That Canadians have not been paying attention has made little difference.

Indigenous music has always been about telling the stories of our continued presence. Indigenous people and artists have done this both out of necessity and to honour our ever-changing realities and the struggles of those who have gone before us.

This is as true for singers like Buffy Sainte-Marie and Willie Dunn as it is for today’s young Indigenous musicians. Tagaq and a new generation of Indigenous artists are rising, like those before them, to reclaim their culture through music and song.

In a moment when we are – and should be – celebrating the passion, artistry and dedication of artists incorrectly deemed “forgotten” to history for too long, and in a moment when an Indigenous Next Wave is emerging and being recognized in all its brilliance by institutions that have historically denied and refused to do so, we are, perhaps, called to a different kind of attention.

We are called to acknowledge the many and deep disparities between Indigenous and non-Indigenous Canadians that remain largely unchanged, generation after generation.

These conditions inform our peoples’ struggles for survival, and they have always given shape to Indigenous music.

We are called to consider those who remain silent and those who continue to be silenced.

As many of the untold stories of Indigenous artists are finally being honoured, we are called to listen, more deeply, to voices that have yet to be heard.

This is more than a moment. It’s a continuum.

“Music,” like Willie Dunn says, “is a forever thing.”

Jarrett Martineau is nêhiyaw and Dene Suline from Frog Lake First Nation. He is the co-founder of Indigenous music platform and record label Revolutions Per Minute and RPM Live, and the host and producer of Indigenous new music series Reclaimed on CBC Radio. Follow him on Twitter @culturite.