Toronto concerts we’re most excited for in 2020

In her performance at the Royal Conservatory of Music’s 21C festival, the avant-garde icon will mix sounds, images, poems and electronics while performing her solo works with cellist Rubin Kodheli. It’s sold out, but Anderson will be in town for a while. She has a VR installation opening at the ROM, where she is also lecturing on January 16, and is presenting a screening of her 2015 documentary, Heart Of A Dog, at Hot Docs Ted Rogers Cinema on January 19.

Radiohead guitarist Ed O’Brien is getting ready to release his debut solo album, and he’ll test the waters with a four-date tour starting in Toronto. His live band includes Hinako Omori, Ross Chapman, Dishan Abrahams and Alvin Ford, Jr. And if his first released tune Brasil is anything to go by, the show should skirt nicely between plaintive folk and big-beat acid dance psych rock. So if you like the adventurous experimentation of Radiohead, get ready for some more.

Meg Remy’s ever-evolving Toronto-based political pop project will continue to shift in 2020 with the promise of some new material, and it’s hard not to be excited about where the music will go next. The other reason to catch this show: it’s at the newly reopened Paradise Theatre, and considering the cinematic/theatrical bent of U.S. Girls’ concerts, it feels like the perfect meeting of artist and venue.

Nostalgia pays. Tory Lanez’s Chixtape 5, in which he recreates and updates 00s hip-hop and R&B hits with help from the songs’ original artists, is a huge streaming hit – and now the silky-voiced local singer is bringing the project to life with three shows in three cities, ending with this hometown show. The Chixtape Live tour is billed as Tory Lanez and friends. No word on who those friends are, but you could make some guesses (or wishes) based on the track list, which includes guests like Lil Wayne, Ashanti, T-Pain, Snoop Dogg, Ludacris and Mya.

When Natasha Khan comes to Toronto in February, it’ll be the English musician’s first local headlining show in more than a decade. As Bat For Lashes, Khan has earned a rep for witchy world-building, surrounding each album with fantastical imagery intertwined with personal mythology. Her latest LP, Lost Girls, takes her torchy synth-pop into the realm of 80s horror soundtracks. The shows on this short North American tour are billed as “intimate, vocal, electronic synth and piano sets” and will include never-performed-before BFL songs in addition to Lost Girls tracks.

Dan Bejar, Vancouver’s rambling pop poet, is back with his long-running Destroyer project – and this time he’s gone full new wave. Well, maybe not all the way – his trademark droll and enigmatic melancholy is still intact. But Have We Met (out January 31 on Merge) has enough sweeping synth waves and funky 80s bass to make you think he’s been listening to a ton of Simple Minds and Oingo Boingo.

Even after a year without an official album, Dev Hynes remains art pop’s “it boy.” He recently did the score for the film Queen & Slim and released a Blood Orange mixtape called Angel’s Pulse. He’s also done some classical composition and video directing, in addition to his production work – it’s all in there on the live stage. Don’t miss the Canadian indie pop of Tei Shi, either.

After half a decade spent mostly in clubs and festival dance tents with his DJ alter ego Daphni, Dan Snaith has returned to his main project. Suddenly, which comes out on February 28, will be his first Caribou album in five years, and the first couple of tracks released are that warm, soulful and fuzzily nostalgic take on electronic music we’ve come to miss. Like the best of Snaith’s work, the songs have already worn out the replay button. You have three chances to see them live.

He hasn’t put out an album since 2017, but Thundercat has been keeping busy with collaborations with BADBADNOTGOOD and Danny Brown, meaning the bassist continues to have his hands on a lot of the most exciting jazz, hip-hop, funk and genre-blurring music out there. Maybe this big tour will mean new music on the horizon. Either way, he’s always an artist worth seeing.

Metal exploders Deafheaven have spent a decade expanding the limits of what black metal can be, aiming for transcendence through textures of shoegaze, dream pop and post-rock epics. They’re going out on the 10 Years Gone tour, celebrating the band’s 10th anniversary and playing songs from their whole repertoire. With Inter Arma and Greet Death. 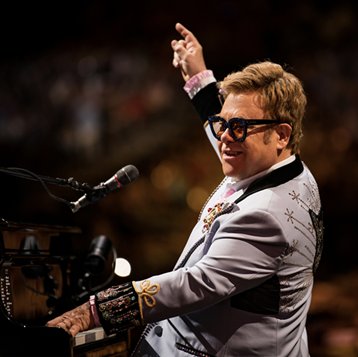 Elton John is like that guy at the party who says “I gotta go, I have an early day tomorrow,” hugs every person in the room and then ends up staying until the last guest is out the door. His Farewell Yellow Brick Road tour has looped through Toronto a few times already, but he’ll be back for another couple of concerts that (we’ll say it again) could be his last – the guy just can’t stop saying farewell. Not that we’re complaining. You’ll want to see the iconic singer if you can. His first Toronto concert on the tour, way back in September 2018, earned a perfect five Ns from our reviewer.

Etobicoke-born, Montreal-based Basia Bulat will release her new album, Are You In Love?, on March 27 via Secret City – a full collaboration with producer Jim James (of My Morning Jacket). Her singular, vibrato-filled voice is back in fine form, singing about broken hearts and broken promises. It’s got that timeless country feel, even if that’s not quite the genre she’s working in. Bulat lost her father during the recording of the album, and she wrote it around love, heartbreak, beauty and grief. 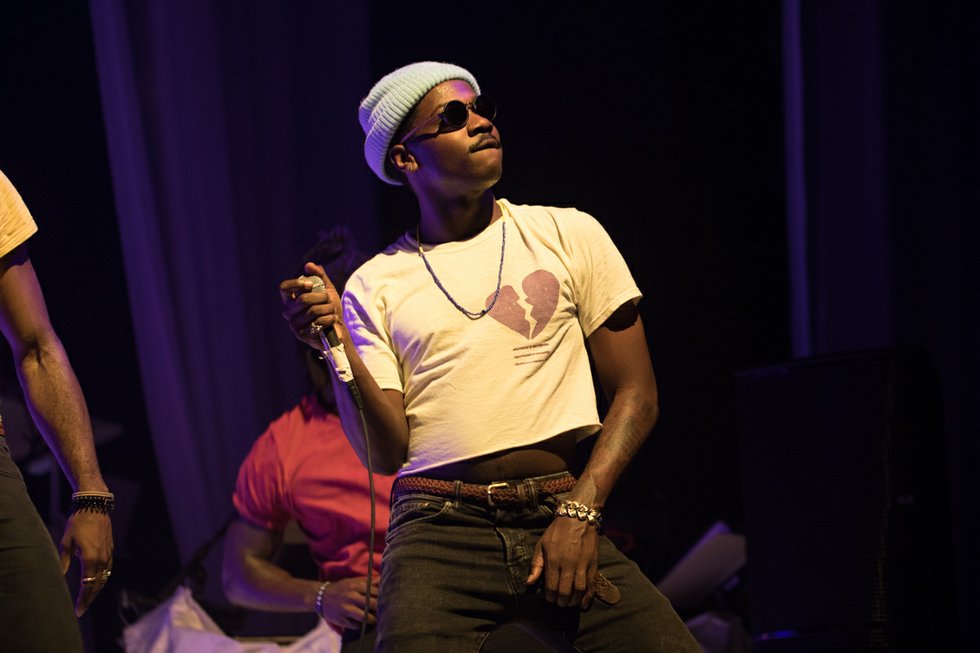 After opening for Robyn at Rebel last year, the rising South Central, Los Angeles-based artist returns to play his first headlining gig in town. Channel Tres makes dubby, g-funk-influenced house music grounded in thick basslines and accessible hooks. He started breaking out two years ago – Elton John was an early adopter, calling him his favourite new artist – with low end-heavy singles like Jet Black and Controller. And now he’ll have new and varied material for his set list: he became the first artist to officially remix Tyler, The Creator and recently teamed up with Baauer and Danny Brown on the amped-up banger Ready To Go.

Pussy Riot are no strangers to Toronto – they led the Pride parade in 2015 and were back in 2016 for an onstage interview with Damian Abraham. Now they’ll finally play an actual concert, and it’s to kick off Canadian Music Week. The Russian guerilla art collective and punk band, famously arrested in 2012 for playing an anti-Putin song on the altar of a Russian Orthodox church, will lead off a packed weekend of feminist punk rock.

Girls to the front. The 90s riot grrrl pioneers are coming to Toronto for the first time in decades. Kathleen Hanna, Tobi Vail, Kathi Wilcox and Erica Dawn Lyle (replacing original guitarist Billy Karren) will come together for a pair of all-ages concerts. The shows are presented by Venus Fest, a local festival and music organization dedicated to feminism in the arts, which is clearly influenced by the legacy of the riot grrrl movement and its push to create space for women in punk scenes. A rare one.

Tame Impala are levelling up to play a Toronto arena for the first time. The project of Australian studio whiz Kevin Parker, Tame Impala will release their fourth album, The Slow Rush (Interscope), on February 14 – another bit of psychedelic ear candy, soft and smooth, with little floaty bits of funk and hip-hop in the mix. Perfume Genius, the pop project of Mike Hadreas, will be opening the show. It’ll be interesting to see him scale arena heights – but, more than anything, hopefully it means some new music by the artist who last put out an album in 2017.

The British grime giant just had a huge year, blowing up in the UK to the point where he could both headline Glastonbury and get targeted by far-right reactionaries for speaking up about racism in his home country. The rapper hasn’t quite achieved arena status here yet, so you can catch him at the (ugh, very relatively) cozy confines of Rebel.

The organizers of this 90s Nostalgia tour seem to be outdoing themselves in how much of millennials and Gen-Xers MuchMusic-fried brains they can tap into. Last year they got Aqua, Vengaboys and S Club. This year Aqua and Vengaboys return, joined by Jenny from Ace of Base, Eiffel 65, 2 Unlimited and Haddaway. The event is hosted by Monika Deol of Much’s Electric Circus, and she’ll be joined by some of the colourful characters who danced on the show (and their mesh shirts). The night before this concert, there will be a “top secret Electric Circus dance club night” somewhere in Vaughan.

Former One Direction heartthrob and your internet boyfriend is doing a couple of big Love On Tour concerts in the city, and he’s likely bringing his very-high-waisted trousers with him. He’s been playing with what it means to be a mid-20s pop star and sex symbol, and it should make for an interesting deconstruction of the big glammy arena pop spectacle. If you don’t like screaming fans, bring earplugs.

One of the biggest Canadian albums of all time is getting one hell of a 25th anniversary celebration. Alanis Morissette is bringing her Jagged Little Pill tour to Toronto, and a pair of fellow 90s alternative pop giants are coming along for the ride: Garbage and Liz Phair. That’s basically an ideal alternate-universe 1996 Lilith Fair lineup, and it’s going to make a lot of once-angsty Gen X-ers very nostalgic.

More concerts on our radar:

All of these January shows