For 10 years, the Garrison has been one of the city’s most beloved music venues. With its front bar and rear performance venue, the Dundas West live music club (west of Ossington) has been an invaluable part of the local music ecosystem.

From packed NXNE gigs with lineups stretching down the block, to late-night 4 am jams (when extended licensing allows), to multi-room Not Dead Yet punk blowouts, to more recent barnburners from local acts like Badge Époque Ensemble, the venue has a knack for hosting memorable shows. As a location for the enduring Trampoline Hall speaking series, the JFL42 comedy festival and book launches and release parties, the venue’s importance stretches beyond just music.

A decade of shows and events is no small feat, especially when the city seems to be hemorrhaging venues left and right. So the Garrison is celebrating its 10th birthday with three nights of free shows, starting Thursday (October 3).

It’s a family affair. In conversation with NOW, the Garrison’s owner Shaun Bowring reveals that nine out of the 13 bands slated for these shows (including Hot Garbage, Kaleidoscope Horse, Peeling, Komodo, Odonis Odonis, Canyun and Catholic Wilt) feature staff who work at either the Garrison, or its sister venue, the Baby G, which opened in 2016.

“We wanted to celebrate the people who keep the place moving and rolling,” Bowring says. “The business supports them. They can go on tour and come back and still have a job. That’s a luxury that I didn’t have when I was younger.”

The Garrison’s lasting presence on Dundas West has a lot to do with how it’s welcomed numerous communities, who’ve taken pride in the space – but it’s also had a lot to do with Bowring’s advocacy for the local nighttime economy, both at his own venue and throughout the city. We sat down with the venue owner to talk about how he got into booking, why he started the Garrison and where he sees it going in the future.

You’re a musician yourself, and you were in bands like Teknicolor Raincoats. Is that how you got into booking shows?

We did pretty well. All accumulated we sold about 50 to 60,000 records and we toured with Blur and EMF. We were doing a dance pop/rock crossover thing and had lots of fun doing that. That was 86 to 94/95. But after I got a little older and people started getting married and stuff I moved into other fields.

I booked Sneaky Dee’s from 02 to 09, in the heydey of the indie rock stuff that was happening at the time – cool stuff like Arcade Fire, Feist, Broken Social Scene, Of Montreal, METZ and Fucked Up. It made me excited and reminded me of when I was a teenager. [That time] was a renaissance for me. I’m still a huge music fan, that’s what keeps me going. 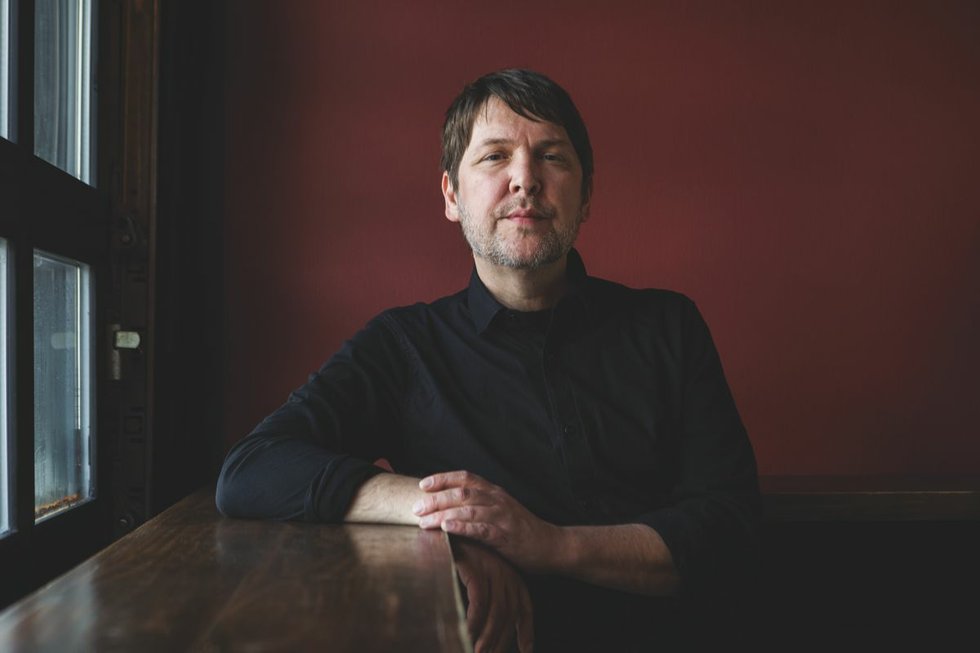 Owning a venue has thrust you into the world of city politics. You’ve spoken on a number of panels, describing the issues the Garrison had early on with noise complaints. That’s usually an issue other venues have difficulty surmounting. How’d you endure it?

One of the reasons I chose this location when I was looking for venues is that it’s a one-storey building. There are no neighbours upstairs, which is awesome right off the bat. It’s residential out back, and we used to load in and out of there, but bands would hang out and make noise – it happens, it’s a social thing – but people complained. So I brought in councillor Mike Layton and he mediated between the neighbours and us.

We did some extra soundproofing, mitigated the problem by limiting the access and loading in through the back – a bunch of realignments so we’re not bugging the neighbours. I don’t want to be a bad neighbour.

That started me on the path of heading into city hall and doing advocacy work.

You’ve paired with the Horseshoe’s owner Jeff Cohen to petition Municipal Licensing & Standards to stop fining venues for show posters put up by bands. You also sat in on zoning bylaw and noise bylaw revisions. Now you’re a member of the Toronto Music Industry Advisory Committee (formally appointed in July). What changes would you like to suggest to city council?

Councillor Ana Bailão and I had a chat about it a few weeks ago. [Those licensing revisions would] suit her well because things are pushing farther west to Geary and Dufferin where the affordable rents are. She’ll end up with a fair amount of live music venues in her backyard but she’s already educated on it and ready to act.

You’ve been a big proponent of pushing last call from 2 am to 4 am. Why is that an important thing to champion?

I’ve read a lot of studies about the night economy around the world and there’s a great tag line that says it’s “the other 9 to 5.” It’s pretty amazing, there’s hundreds of millions of dollars in it and a lot of jobs. Certainly there’s a need here for offering extended nightlife. It gives us a chance to offer some different entertainment and economically it’s good.

There’s lots of great examples of how it works, and there’s lots of people who want to be out at 3:30 in the morning having a beer, and that’s okay. I have a joke about Toronto: it’s like the puritan hangover, because it was such a puritan town 100 years ago.

Do you have any favourite shows that stick out in your memory?

So many. One of my faves was when PUP got their first sold-out show at the Garrison. They recently came back for their record release. It’s awesome when stuff like that happens and bands with these success stories circle back around and play here.