From Bahamas to A Tribe Called Red, here are the shows NOW critics are most looking forward to this month 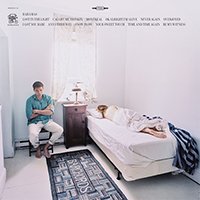 The day before he releases new album Earthtones, Afie Jurvanen (aka Bahamas) will play a special On Stage show at Massey Hall in which 200 audience members will crowd onstage alongside the band as they play to an empty auditorium. Expect the Toronto songwriter’s chilled-out, folk-inflected songs and their sneakily pyrotechnic guitar work to gain new dimension at this unique show.

Ian Campeau (aka DJ NDN) left the group at the end of last year to focus on his activism, but the Ottawa-based group forges ahead, including this three-night stand at the Danforth Music Hall. The Indigenous DJ group has always been shapeshifting, from electronic powwow to the more directly political, lyric-based hip-hop inflected We Are The Halluci Nation in 2016, so this is really just their next step. We don’t know in what direction Bear Witness and 2oolman will go next, but it’s sure to be exciting.

Promoter Dan Burke continues his annual Class Of series in the first year it’s outlived his former venue, the Silver Dollar. The multi-part showcase of bands he expects to be big in the next year will float between the Horseshoe, Smiling Buddha and Lee’s Palace (along with, for the first time, Montreal, Hamilton and Halifax). There’s five shows in total, with bands including the Nude Dogs and the Nude Party, Iris, Fleece, the Soul Motivators and more. Check out Guelph’s Indigenous psych-folk-noise band Whoop-SZO on January 20 at Smling Buddha, our personal highlight.

Radically slow paced at a time when pop music moves at warp speed, Lana Del Rey is embarking on her first arena tour this month in support of last year’s Lust For Life album. The California-obsessed torch singer hasn’t always received the best live reviews, but recent promotional appearances in the U.S. suggest critics are warming up to her stand-there-and-sing stoicism. Not that die-hard fans of her doomed, lovelorn ballads – which are bolstered by big hip-hop beats on her latest record – give a flying flower crown what music rags think. If her ACC debut is your first Lana live experience, get ready for sing-a-longs and screaming.

Vancouver indie music star Dan Bejar kept it short and punchy on his latest Destroyer album, ken (the title is a reference to the working title of Suede’s Britpop anthem The Wild Ones). Accordingly, there’s shades of Brett Anderson archness on songs like In The Morning, while the music manages to reference new wave, shoegaze and synth-pop without ever settling into one sound. This show at the Phoenix marks Destroyer’s first gig in town since 2015.

Bloor West venue Burdock is setting up a baby grand piano for its second annual Piano Fest. The intimate concert series will feature performances by Emilyn Stam, Jason Kenemy, Patti Cake singer Kritty Uranowski and rising local star Jeremy Dutcher, who was a captivating and virtuosic presence during the recent New Constellations tour stop at the Opera House, so much so that every act on the bill wanted him as their accompaniment.

The monthly DIY event returns to the Gladstone Hotel with a packed lineup of music and art. House-y rapper Matthew Progress, who released a pair of club-friendly singles in 2017 and played a solid opening set at last year’s Manifesto, is headlining. Other highlights include an exhibition devoted to late visual artist and queer party promoter Will Munro, artwork by cosplay-centric Maya Ben David, a DJ set by Coco Supreme, and live sets by freaky experimentalists Luge, rapper Tremayne, emo-dream poppers Babygirl and Hamilton-based Afro soul musician Kojo “Easy” Damptey.

Andre Ethier had a long enough gap between solo albums that we had kind of assumed he’d just retired from music and focused full time on his visual art. Thankfully the former singer of the Deadly Snakes was just on hiatus before releasing another tastefully understated psychedelic folk album, full of quotable lyrics and rambling and relaxed Lou Reed melodies. He’ll release that third full-length, Under Grape Leaves, at Baby G, alongside Blessings (the new project of Robin Dann from Bernice) and Joseph Shabason.

The teenaged duo of Brighid Fry and Pascale Padilla formed at Girls Rock Camp Toronto and have since built an impressive name mostly on the folk circuit, though they occasionally incorporate harder-edged garage rock arrangements into their rich, melodic harmonies. They’ll be celebrating their one-year anniversary at this Tranzac show and playing again as part of Class Of 2018 on January 26 at the Horseshoe (see above).

It’s been a couple of years since we heard new music from analog-oriented Digits (aka Alt Altman), one of our favourite local synth-pop acts. He released two new singles late last year, including the house-influenced The Day You Fight Back, which is giving us easy-breezy-beautiful Junior Boys vibes.