The talent behind Thriller 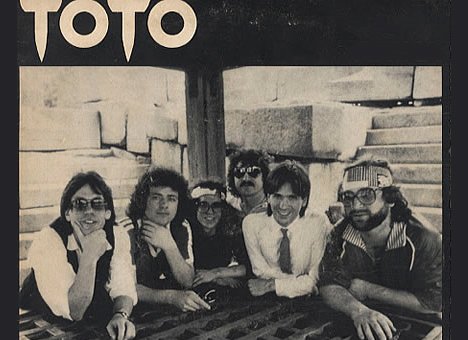 To Jackson's credit, Toto were given the space to shine on Thriller.

In the week following Michael Jackson’s death, his landmark album Thriller has, predictably, seen its share of spins. (Not that it ever really sat collecting dust previous to this week, but I digress.)

You could imagine Billie Jean playing in unison across the world, while his audience weighed the King of Pop’s musical contributions against allegations of child molestation.

Often you’ll hear Jackson described as a talent. But give Thriller an active listen, and you’ll hear much more than MJ’s raw talent. He reached across the aisle for much of the album, recruiting Paul McCartney and Quincy Jones, to name a few. But most impressive was MJ’s use of the band Toto.

Toto, a soft rock band made up strictly of session musicians, were true heroes on Thriller, playing in nearly every song.

Human Nature, the heartfelt ballad in the middle of the album which more or less set the bar for Adult R&B, was written by Toto keyboardist Steve Porcaro.

“All of a sudden, at the end, there was all this silence, there was: ‘why, why, dah dah da-dum dah dah, why, why’. Just a dummy lyric and a very skeletal thing-I get goosebumps talking about it. I said, ‘This is where we wanna go, because it’s got such a wonderful flavour.'”

The guitar work on Beat It, often credited to Eddie Van Halen, who is only responsible for unfinished soloing, is the work of Toto’s Steve Lukather.

Here’s Lukather on Beat It:

“Quincy Jones and Michael took a skeleton version of it up to Eddie Van Halen’s place as they wanted him to solo over the verse section. However, he played over a section that had more chord changes. So to fit his solo to where it went in the song, they had to cut the tape which took a lot of time to synchronise together.”

During the making of Thriller, Jackson was a young and still unproven performer. He was also a full fledged egoist, aiming to the be the best pop performer in the world. For him to take input from Toto was nothing less than visionary.

Jackson will be remembered for many things, least of which should be that he was a great friend to session musicians. [rssbreak]