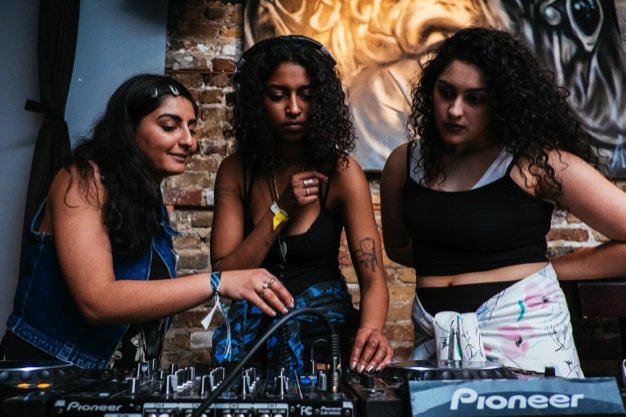 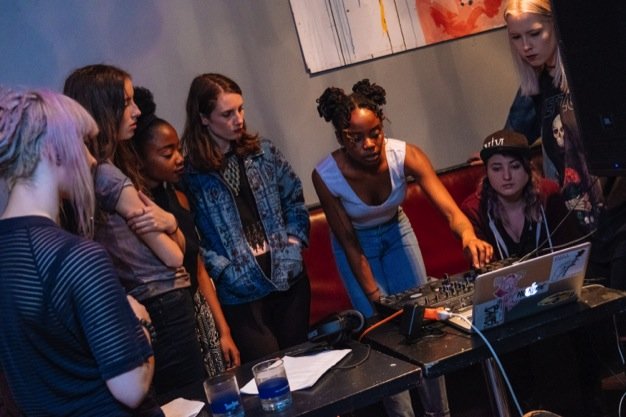 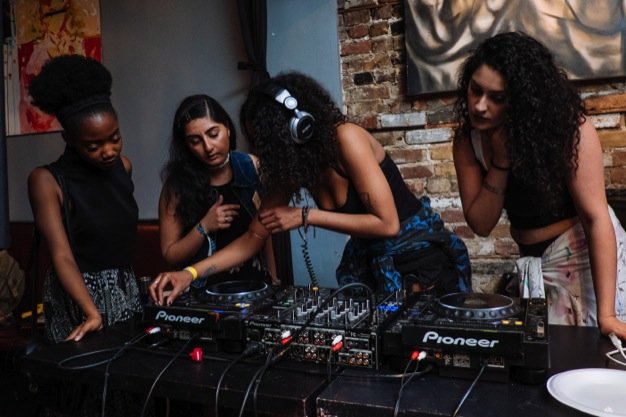 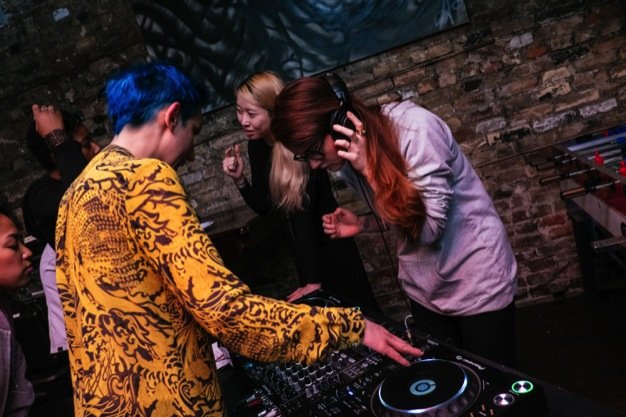 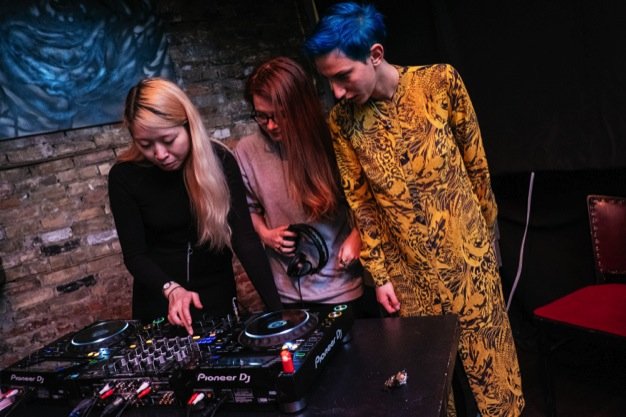 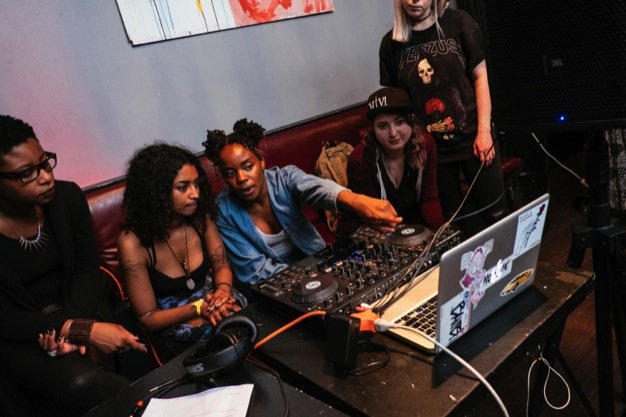 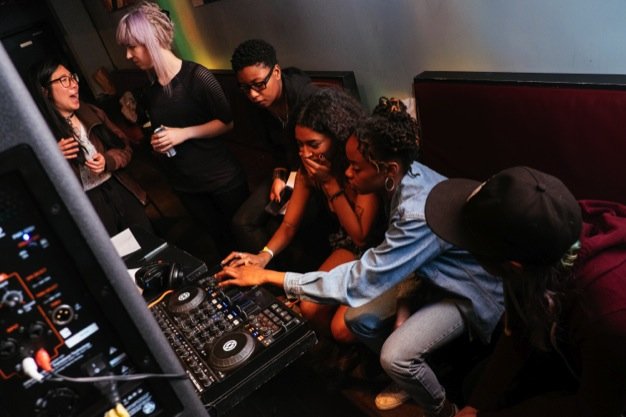 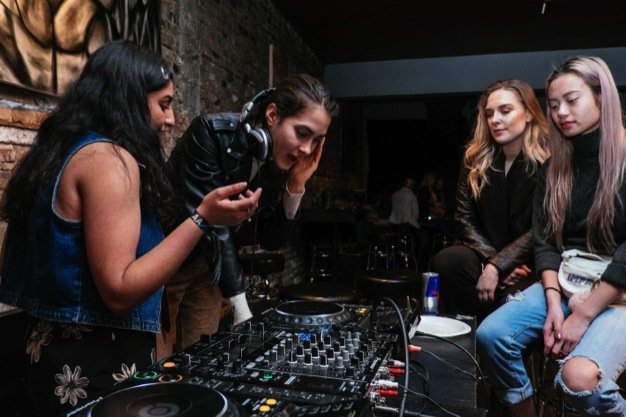 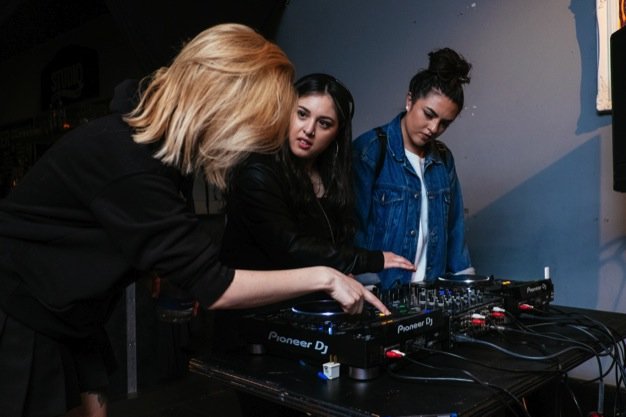 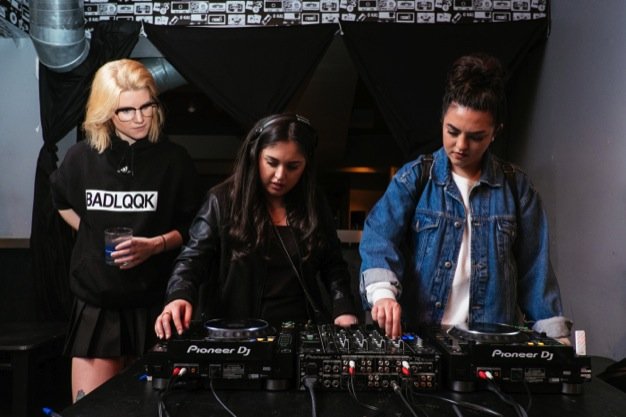 The advent of DJ software applications has allowed pretty much anyone with a laptop or tablet to become an amateur spinner. But software is only half the battle: a good DJ also knows how to work a room.

“Being a female [DJ] in a club sucks. Guys are coming up to you and being creepy,” says workshop organizer Chippy Nonstop, who recently moved to Toronto from California. “I want young women to be able to learn in a safe environment, because a club isn’t a safe environment.”

Along with DJs Bambii, CL, Internet Daughter, Peach and Kare, Nonstop hosted a beginner workshop for women on April 18 called Intersessions to teach students how to use professional equipment like CDJs, software with external controllers and USB vinyl. The class was modelled after a similar workshop she held in Vancouver earlier this year.

A rapper/singer from Oakland, Nonstop started DJing three years ago as a way to keep performing for crowds while she focused on songwriting as a day job. She asked her then-producer/boyfriend to teach her to DJ. The lessons, however, were fraught with sexual tension.

“It’s awkward learning from dudes, because they don’t want you to be better than them,” she says. “They just tell you the minimal that you need to know. They’re not going to give you tips.”

DJ culture is notoriously competitive: some women Nonstop has asked to lead workshops have declined.

“A few girls I hit up were like, ‘I don’t want other girls to learn this. I had to learn the hard way,’” she says. “This is not a competition. If you’re good at what you do, you’ll get gigs.”

The response to the first Toronto workshop, held at Studio Bar, was so overwhelming that Nonstop plans to do another one here, and she’s organizing others in Los Angeles, London and Montreal. She hopes to instill aspiring women DJs with enough confidence so that when they land bookings, they’ll appear unfuckwithable behind the decks.

“I want these girls to create a community among themselves,” she says. “There are so many guy DJ crews. Girls need to create their own crews and work together.”