The host of CBC's The Block recalls her early days in Toronto radio at Flow 93.5 and Canada's struggle to serve a Black audience 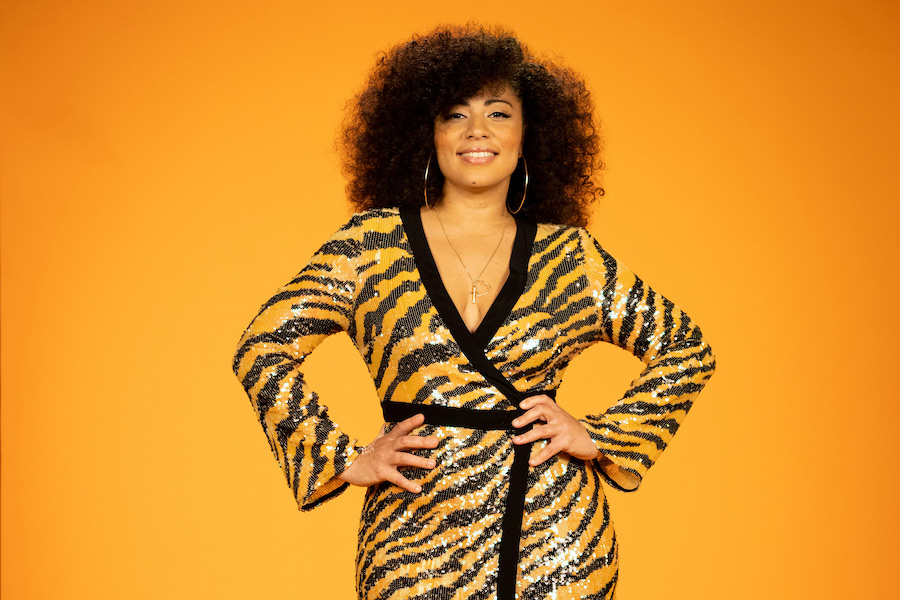 Fans may remember The Block host Angeline Tetteh-Wayoe from her Flow 93.5 days as Miss Ange.

Toronto has a fraught history with Black music on the radio, and Angeline Tetteh-Wayoe has witnessed a lot of it.

Tetteh-Wayoe is the new host of CBC’s first Black-centred radio show The Block, where she’ll play a consistent stream of hip-hop, soca and R&B, as well as jazz, country and all the other musical strains and mutations that have formed out of Black influences.

Many will remember Tetteh-Wayoe as Miss Ange from Flow93.5. She arrived to Toronto from Calgary to become an announcer on the hip-hop station, just as the family-run business was being purchased by CTV (at the same time, CTV was being acquired by Bell Media).

In an interview with NOW (see video below), Tetteh-Wayoe describes the period as a “massacre.” First, there was the layoffs, and then the shifts in how to pitch Toronto’s dominant hip-hop, R&B and soca-focused station in a way that could make more money.

“It was run by a Black family,” says Tetteh-Wayoe, reminding us of what Flow 93.5 used to be when it was introduced to Toronto radio as an answer to Buffalo’s WBLK or New York’s Hot 97.  “When you run a company through that lens, there’s certain things you do, certain ways you operate and certain things you value. And those things went out the door with the sale.”

After Flow was acquired by Newcap in 2013, the station was temporarily rebranded as The Move, shifting its focus to throwback pop tracks making room for Lady Gaga and Justin Timberlake. The programming seemed to make room for more “diversity” of music, likely because they wanted to appeal to a broader (read: whiter) market and marketing dollars.

“As radio has gone from these smaller family-run operations to becoming a part of huge conglomerates, you lose that autonomy to serve the communities that you would like to serve,” says Tetteh-Wayoe of the shift she’s noticed over the past two decades in radio. “Big business doesn’t care about heart and soul, really.”

CBC’s The Block feels like a new refuge for a type of music that is repeatedly gentrified from Toronto’s airwaves. The show is co-produced by Judith Lynch and former Flow 93.5 morning show host JJ LaBorde (formerly JJ King).

LaBorde describes the playlists as “inclusive, conscious and fun.” They will feature local artists who are blowing up, like DijahSB, TOBi and Sinzere. You likely won’t hear Megan Thee Stallion, since she’s owning space on every other station, but Canadian icons like Deborah Cox and Michee Mee and thoughtful bangers from KRS-One or Run The Jewels are all fair play.

The Block is arriving belatedly on CBC as their first Black-centric program, after a year of self-reflection and conversations about how the public broadcaster needs to better represent its population and reckon with anti-Black racism.

“That takes a lot of education, a lot of patience, a lot of willing[ness] to listen and a lot of growing pains,” says Tetteh-Wayoe. “It’s just the beginning of the journey where that’s concerned.”

“I’d have to say that this is probably a better environment for a Black person because the private radio world is vicious,” adds Tetteh-Wayoe. “It’s a very violent place to work as a Black woman specifically. I challenge you to find anybody that survived as long as I have. I’ve been on air for 20 years as a Black woman. Go find another one. That’s really fucking hard.”