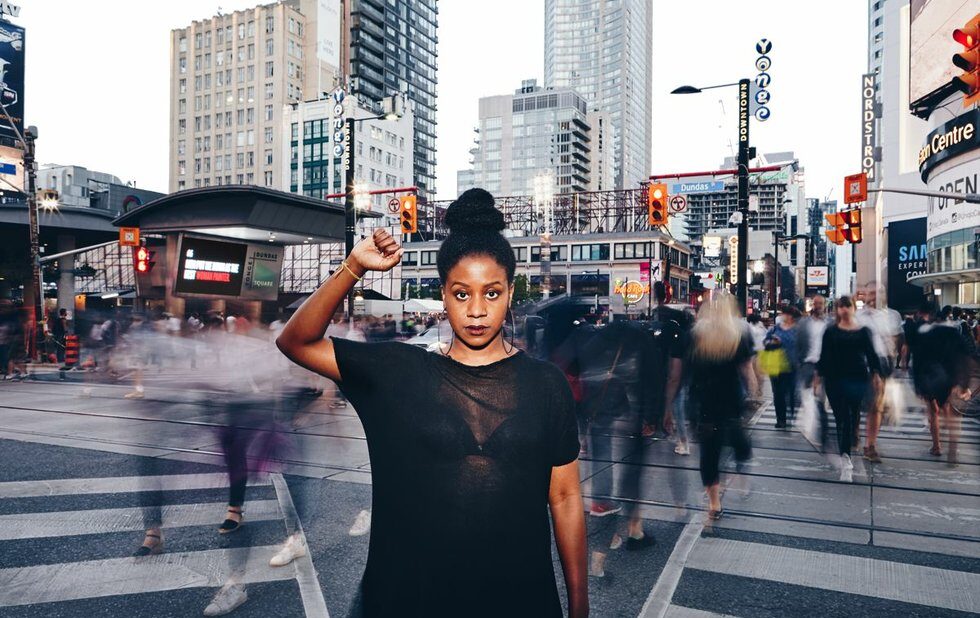 Black communities fighting for liberation have a tradition of learning from our OGs and ancestors. We seek wisdom in their successes and reflections. And what I have learned from them is this: those in power are more willing to do the work to give the appearance of solving a problem, than actually solving a problem. Dying Black people be damned.

What I’ve learned is that the promises of consultations and recommendations are meant to placate a community on the brink, to make us think that solutions are coming. Consultations make for great photo ops and PR for pre-election campaigns.

And, bonus, if politicians fail to adequately address the issue, the consultation report’s recommendations can provide excellent opportunities for election campaigns for years to come.

Ontario’s recently released three-year anti-racism strategy cites 10 different reports from 1992 to 2016 used to make its recommendations. And there are more collecting dust in the corridors of power at Queen’s Park and City Hall. Black communities be damned.

We cannot be fooled by the promise of consultations.

The first time Mayor John Tory uttered that empty promise to meet with Black Lives Matter-Toronto (BLM-TO), our OGs called us in for a huddle and told us what was up. That strategy will not work.

We cannot be placated.

But this hamster wheel of consultations and recommendations is how people in power have attempted to pacify Black communities for years.

On May 4, 200 people gathered at Ryerson University for the premiere of It Takes a Riot, a documentary about the Yonge Street uprising of 1992. Directed by Howard Grandison and produced by Idil Abdillahi and Simon Black through the Akua Benjamin Legacy Project, its release marked the 25th anniversary of the uprising. The film tells the story of the uprising and the events that followed through the voices of Black Action Defense Committee (BADC) members Akua Benjamin, Lennox Farrell, Paulette Senior and others. The events documented in the film feel disquietingly familiar.

BADC had organized a protest following widespread coverage of the brutalization of Black motorist Rodney King by Los Angeles police and the acquittal of the four officers involved, despite the fact the incident was caught on tape.

L.A. was burning, and Black communities in Toronto, themselves a frequent target of anti-Black police brutality with impunity, were feeling their pain.

BADC was also demonstrating over an incident that was not being covered by Canadian media the same way the Rodney King story was. Two days prior to the demonstration, Toronto police had shot and killed Raymond Lawrence, adding to a growing list of Black people killed by Toronto police dating back to the early 1980s that necessitated the creation of BADC.

BLM-TO’s first event was also a demonstration against a police killing, that of Jermaine Carby by Peel Regional Police Officer Ryan Reid (although we did not know the name of the police officer at the time).

Again, local media covered the suspicious killing of Carby far less than the killing of another Black man dominating the news stateside – that of Michael Brown in Ferguson, Missouri by police officer Darren Wilson. Ferguson was burning, and again, here in Toronto, Black communities were feeling pained by the familiarity of a society that ignores anti-Black police violence.

The film goes on to describe how the uprising led to an intensified urgency in dealing with these issues in the Black community. Policy-makers and politicians were forced to spring into action. It was clear that Toronto’s Black communities would not accept inaction.

So the NDP provincial government of the day appointed Stephen Lewis Ontario’s adviser on race relations.

Lewis held more than 70 consultations with activists, community organizations and individuals. His final report made several recommendations, including establishing, through legislation, an Anti-Racism Directorate to be advised by members of racialized communities.

Fast forward to today and the Kathleen Wynne government has appointed MPP Michael Coteau, the Minister Responsible for Anti-Racism, head of the newly-constituted Anti-Racism Directorate.

Twenty-five years apart and a cursory comparison of the responses by two different governments to anti-Black death is absurdly formulaic.

In 1992, Lewis’s report made several recommendations, including establishing, through legislation, an Anti-Racism Directorate to be advised by a consultative group made up of racialized community members.

In 2017, Coteau moved to establish, through legislation, an Anti-Racism Directorate. He also released a three-year plan to address racism in the province, in which he recommends that the Directorate be advised by a racialized community members.

Ontario’s three-year anti-racism plan actually cites the Lewis report, which raises the questions: why were so many of Lewis’s recommendations ignored? Why did it take 25 years to set up an Anti-Racism Directorate and draft legislation to protect its existence across elections?

Why even have consultations in 2017 when there are perfectly good recommendations lying around from 25 years ago that have not been given the consideration they deserve? Why is it that the crisis Black communities continue to face that results in so much interruption of life is not seen as urgent?

After the screening, I was asked what I thought about the similarities between the Yonge Street uprising of 1992, the organizing work of BADC and the Black Lives Matter movement in Toronto.

What I think is simple.

We need action. Now. Not another consultation. No more recommendations. And not another Black life.

Sandy Hudson is a co-founder of Black Lives Matter-Toronto.