Marketplace campaigning has brought wilderness destruction out of the woods 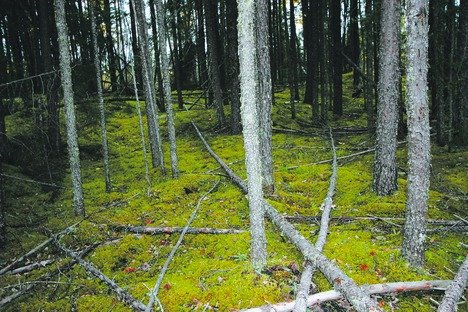 Get out your hiking hat – I’ve got really big news. And, bonus, it’s covered in trees and lakes and verdant blankets of 100-year-old mosses.

An unlikely alliance of Canada’s forest industry CEOs and nine of the country’s most impressive and aggressive wilderness NGOs has just signed an agreement covering a 70-million hectare swath of ancient woodland running all the way from British Columbia to Newfoundland.

In that vast territory, the Canadian Boreal Forest Agreement identifies close to 29 million hectares (bigger than France) of precious habitat where all road-building and logging will cease immediately and for the next three years until a detailed caribou habitat protection plan is in place.

The deal is the largest conservation agreement ever signed on earth. Woodland caribou mommies are smiling even if they don’t know why, and so are many others.

Even industry reps. After years of financial hard times and being battered as the bad guys, they see this unique accord as a way for their beleaguered sector to gain a new global competitive advantage.

“Welcome to the world of tomorrow,” says Forest Products Association (FPA) president Avrim Lazar. “This is of global significance because it is the way we all hoped the world would work. This is a business strategy,” he says at the press conference Tuesday, May 18, answering a query from an oil company trade paper reporter.

“The forest industry is saying that our jobs and growth in the future will rest on making our environmental practices the highest in the world.”

But we aren’t talking about a company picnic here. It took two years of hard-nosed negotiating to settle on the terms in a process both sides say was not easy. But all 21 signatories on the industry side, including the biggest players, AbitibiBowater and Weyerhaeuser, have agreed to a series of goals going forward that includes co-creating a network of protected areas for species at risk, adopting sustainable forest management practices based on an ecosystem-wide approach, and relying on independent third-party verification.

And although the FPA companies have not signed on to the hardcore Forest Stewardship Council set of standards – this is, after all, a ceasefire, not the final armistice – they have agreed to practices required by the FSC label.

Plus, they’ve committed to reducing greenhouse gas emissions through the full life cycle of their materials, from the forest all the way to the end of product life.

In return, organizations on the enviro side have agreed to call off their dogs, whose growling has bitten into the industry’s client base. They’ll stop their divestment and do-not-buy campaigns now, and once the industry meets its commitments, they will make sure the marketplace rewards its good behaviour.

This peace pact is a huge win for the deeply strategic forest preservation forces. They obviously haven’t wasted the last 10 years they’ve spent crying in the wilderness against habitat destruction and species extinction.

On the contrary. About a decade ago, forest campaigners took a long look at the industry they aimed to change and divvied up the work needed to get it done. Some groups have pursued the science-based research others have built bridges with First Nations governments and communities on whose land much of the logging is done.

Meanwhile, three groups, Greenpeace, ForestEthics and Canopy, took on the market campaign side of the plan. ForestEthics tackled the catalogue industry and office supply retailers. It made headlines with its saucy Victoria Secrets campaign that led to victory in 2006: no more pulp from endangered forests.

Greenpeace focused on tissue paper and big-box retailers like Rona and scored a 2009 win with its Kimberly-Clark Kleenex campaign: greater protection and sustainable management of Canada’s boreal forest.

Canopy (formerly Markets Initiative) headed straight for book, magazine and newsprint publishers as well as the commercial print industry. Its signature moment was signing the Harry Potter series on to the forest friendly paper use campaign.

Canopy’s continued engagement with publishers and print companies has seen the org quietly but relentlessly bring a roster of 650 publishers and printers onside, including NOW Magazine. This paper was the first newsprint user to sign on back in 2006, and it has been a solid champion of Canopy’s work in the industry ever since.

The collective aim of the market group was to build a consumer and business power base that would bring the loggers to the table. “The market organizations have provided the leverage to start the negotiations and to keep them going during the tough times,” says Canopy head Nicole Rycroft, one of the crafty NGO execs who brought the deal home.

The mutual, voluntary agreement is the beginning, of course. The process must go on to include the many government jurisdictions and First Nations in the vast area. But this is a key breakthrough. As Rycroft explains, “If you can bring perceived warring groups together, it is much easier to get government on board.”

In fact, while the boreal plan was being hatched, just such a ceasefire over protecting BC’s temperate rainforest was negotiated in 2001 between eco groups and five major logging companies. That handshake agreement led to the landmark Great Bear Rainforest Agreement mandating a combo of conservation and sustainable logging practices across 25,000 square miles of BC’s vast old-growth wilderness.

There are deep lessons to be gleaned from this boreal breakthrough. It can’t be an accident that it’s the wilderness warriors, open to the intertwined holistic awareness fostered by exposure to nature’s real and wild ways, who have spawned the strategic, multi-level action behind this amazing success.

Now that we know that forest habitat can breed complex and organic social change models, it’s time for more walks in the woods.

2009 Kimberly-Clark agrees to back FSC products.