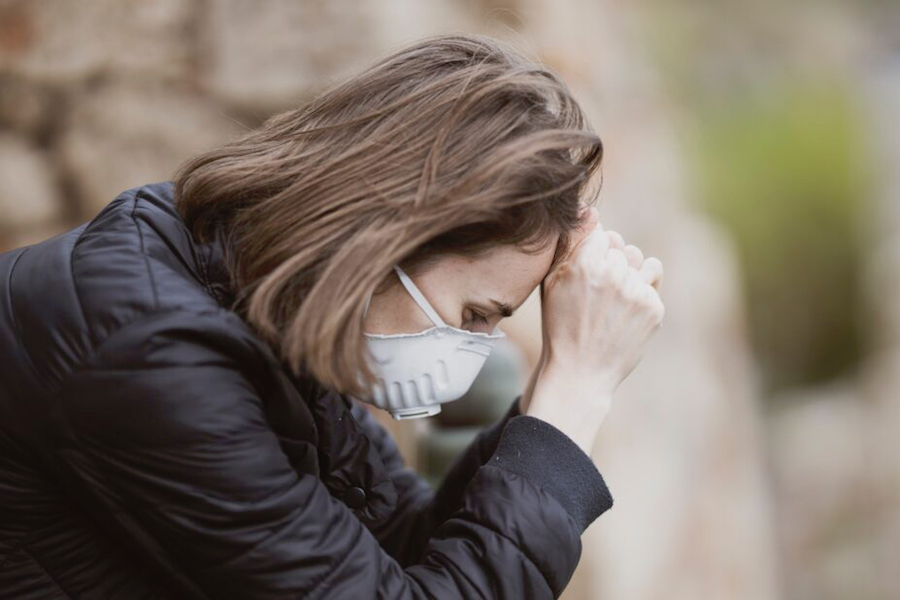 The COVID crisis has unleashed another epidemic of sorts: a whole lotta stooopid. It’s harsh to say.

We thought we were immune to some of the dumbassed-ness going on stateside where record numbers of deaths are being counted each day. But we’re starting to see it here with growing fatigue over the coronavirus.

The temperature has noticeably gone up in recent days as it looks like we’re headed for a year without the usual holiday celebrations and the number of new COVID-19 cases (and deaths) continues to break record highs across Canada.

New modelling suggests Canada could be seeing 20,000 new COVID-19 cases a day by some time in December. We’re quickly reaching a breaking point in Ontario. It was to be expected on some level.

The question is, will the situation unravel into something else completely – like a rebellion too large to confine?

On the coronavirus, most Canadians seem to be above the partisan political sniping that’s increasingly characterizing the debate. Recent poll numbers suggest most Canadians believe the Trudeau government is handling the crisis well. They’re also still strongly behind public health restrictions to combat a second wave of the virus.

But that’s by no means the case across the board.

In Alberta, for example, Premier Jason Kenney has announced that his government will not require residents to get vaccinated when a vaccine becomes available – even as hospitals are dangerously close to filling up and the province is hiring 700 more cops to arrest COVID lawbreakers.

In BC, once the example for all provinces, places of worship are opening in defiance of government orders.

Meanwhile, in Ontario, Premier Doug Ford is feeling mounting pressure, too, over some of his government’s more questionable decisions to close down non-essential places of business.

On Wednesday, Ford hauled off on the auditor general Brenda Lysyk for her criticism of some of the province’s decisions and, in particular, the leadership (or lack thereof) of the province’s chief medical officer of health David Williams during the pandemic.

The auditor general didn’t report anything we didn’t already know about holes in the efforts to arrest the spread of the virus. Mainstream media has been pointing out the problems with contact tracing, for example, for weeks. The premier lost his cool.

Ford may have been “the leader we need,” as the Globe intoned in a flattering op-ed early in the pandemic. But as the pandemic has become trickier to navigate, the premier is losing people and he knows it.

During his press conference Wednesday he warned that “the only way we’re going to get through this is if we stick together.” He’s right about that much, at least.

But in Ford’s backyard in Etobicoke anti-maskers showing up at his house on weekends to protest new COVID restrictions – not to mention, the cat who runs a (reportedly) second-rate BBQ joint who has all of a sudden become a martyr for the anti-lockdown crowd.

On Thursday, the usually reserved health minister, Christine Elliott, got into the finger-pointing after Prime Minister Justin Trudeau was reluctant to set a date when Canadians might start receiving a vaccine.

Elliott called that development “very concerning.” But her own government had announced the appointment of Rick Hillier as head of the government’s vaccine distribution only days earlier in preparation for supplies expected to arrive in March or April 2021.

The federal health minister, Patti Hajdu, reiterated the government’s commitment to have a vaccine ready for distribution by spring. So did the head of Moderna, one of two companies (the other is Pfizer) that has completed clinical trials and that Canada has contracts with to purchase millions of doses of a vaccine.

The suggestion Canada we’ll be pulling up the rear when it comes to getting supplies of a COVID-19 vaccine has become the newest line of attack for Conservatives. The paradox is that it is Conservative supporters who are among the most distrustful of a vaccine. That’s another story, as is the conspiracies being spread by some Conservative MPs about the government’s COVID efforts being part of a so-called “Great Reset” to spread socialism, or some such, throughout the globe.

It was always going to be a tricky proposition securing supplies of a vaccine. The pandemic is a global phenomenon, after all. And Canada’s capacity to develop vaccines on its own is precisely at zero. Part of that has to do with the fact the Conservative government of Stephen Harper cut grants to research councils while they were in power. That was somewhat lost in the histrionics coming from the opposition benches on the issue this week.

Where all the backlash leads there’s no telling, but it’s looking increasingly from the rhetoric that we’ll be going to go to the polls to settle the question of how well the feds are handling the pandemic.

Stateside, denying there’s a crisis didn’t quite work for Trump. But more voters turned out for him than last time, despite the mounting death toll. The Conservatives have taken note.

Canada was slightly ahead of the curve in crushing the COVID-19 pandemic during its first wave. But as the experience south of the border and in other Western democracies has shown, there’s a fine balance required to maintain social cohesion – and complacency is not an option or we’ll be facing a third wave before we know it.