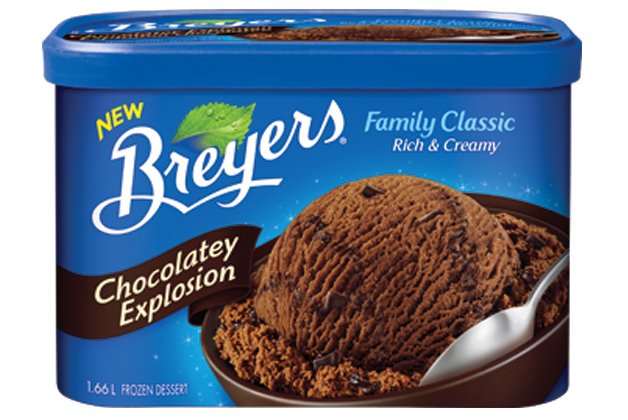 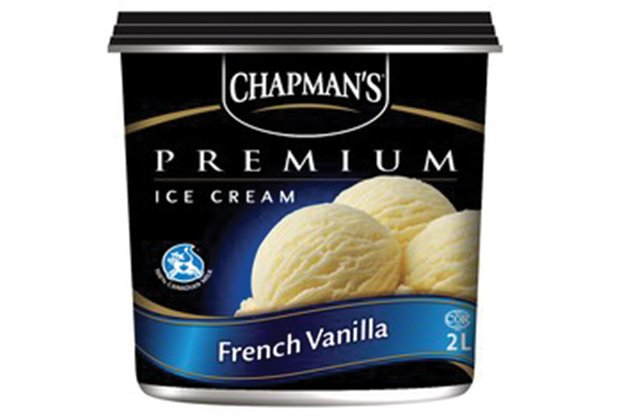 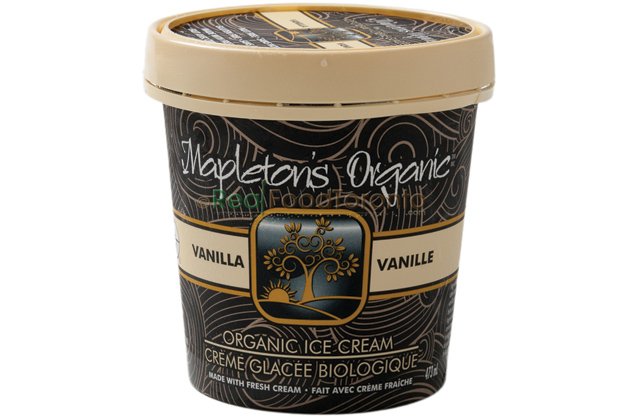 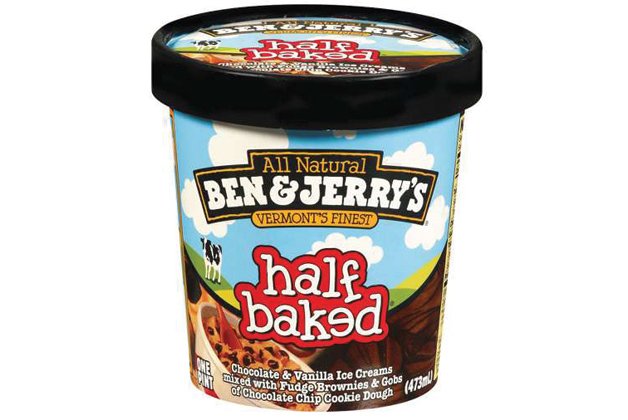 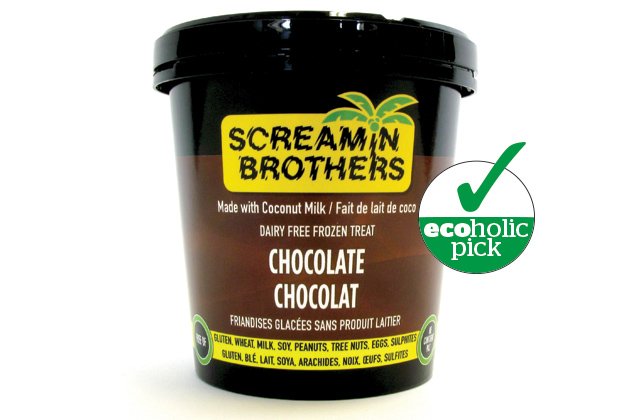 Milk, cream, sugar, vanilla – that’s what Breyers used to say its ice cream contained. Now you get two scoops of synthetic ingredients no kid could pronounce: tasty stuff like mono and diglycerides as well as artificial colour in a tantalizing base of “modified milk ingredients” from North American rather just Canadian sources. Why does that matter? Breyers still hasn’t banned the use of dairy from cows given genetically modified growth hormones that boost milk production. Those hormones are banned in Canadian cows but still perfectly legal to import in, say, modified milk ingredients. Clearly, their old slogan “Breyers: taste not technology” is buried somewhere deep in the freezer. 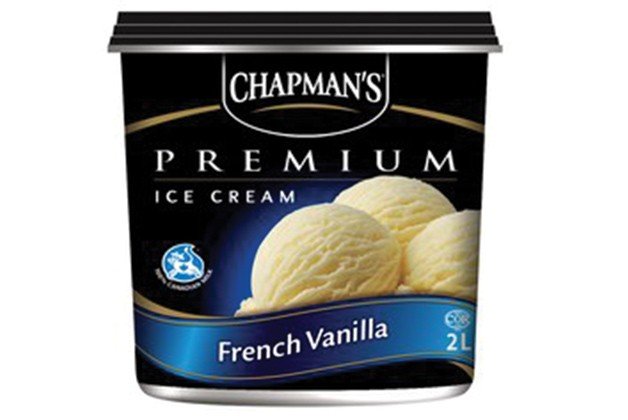 This Canuck company’s ice cream has all the synthetic fillers, thickeners and modified milk ingredients that Breyers has, but it’s got one advantage: it’s made with 100 per cent Canadian milk, which means no added growth hormones. Don’t expect organic or fair trade contents. 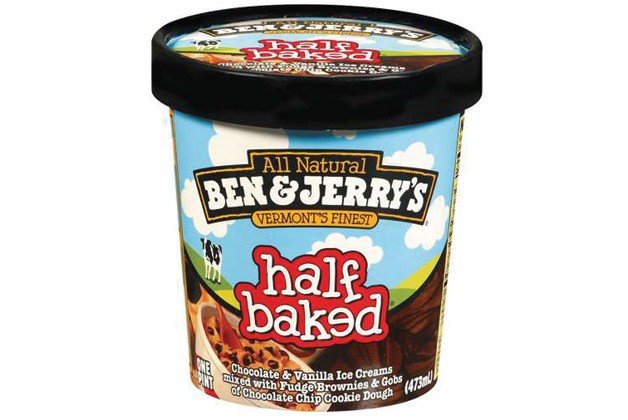 Tree-hugging ice cream lovers, rejoice! As of this summer, Ben & Jerry’s has finally ditched the last of its genetically modified ingredients, swapping GMO beet sugar for fair trade cane sugar. B&Js is now a vocal champion of Vermont’s new GMO labelling law. However, hardcores say the ice cream should still be boycotted, since its parent company, Unilever, has donated half a million to the anti-labelling camp. Your call, but Ben & Jerry’s is a socially responsible certified B Corp biz and uses fair trade ingredients (sugar, cocoa, vanilla, etc), growth-hormone-free milk and eggs from cage-free hens, which is way more than most mainstream brands can say. 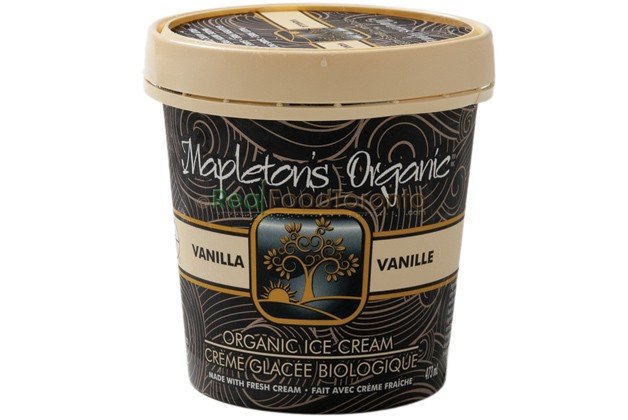 If you want to make sure the cows behind the ice cream in your cone were treated with a little more care (and weren’t spiked full of antibiotics), look for the certified organic seal. I like Mapleton’s in particular since this ice cream is crafted right on their Ontario farm, using milk and cream from 70 milking cows (that happen to eat, sleep and give milk on their own sched). Plus, all the sugar, cocoa and coffee flavours are fair trade and organic-certified. Mapleton’s also offers up delicious seasonal flavours like lavender, pumpkin and dandelion (!) as well as organic frozen yogurt. 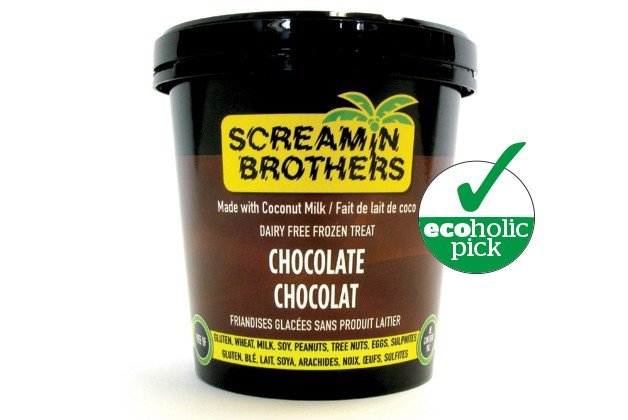 How do you cool down without heating up the planet? I say go for non-dairy ice cream, er, frozen dessert. But just because the ingredients don’t come from gassy mammals doesn’t mean they’re grown without pesticides. Many are made with lots of fillers and binders. And, yes, it’s hard to find a non-dairy option made with mostly local, organic ingredients. Still, Alberta’s Screamin Brothers makes creamy organic frozen coconut treats with local raw honey, Quebec maple syrup, BC berries and organic fair trade cacao. And 5 per cent of profits go to kids’ charities. Oregon’s über-yummy Coconut Bliss is also entirely organic, with fair trade chocolate and coffee.