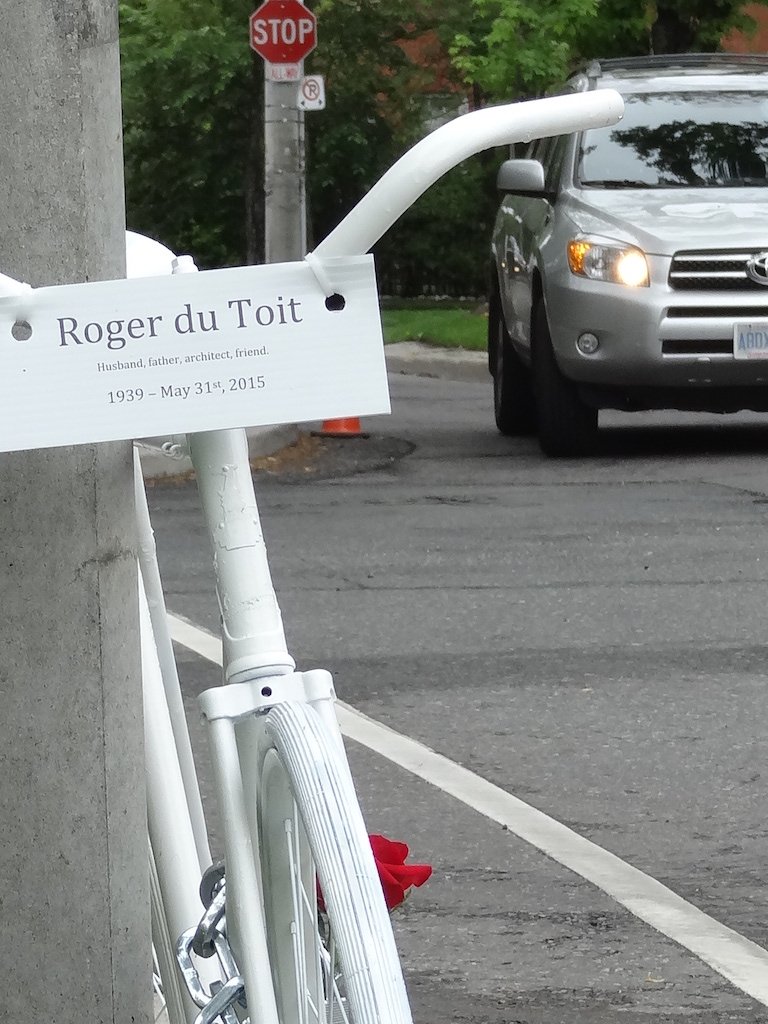 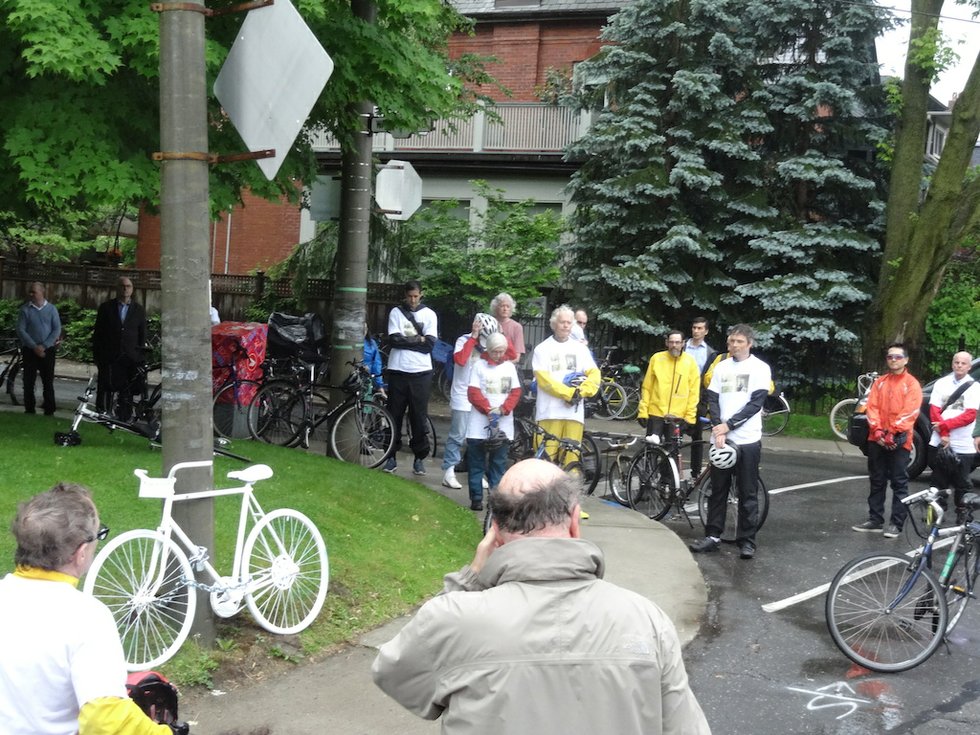 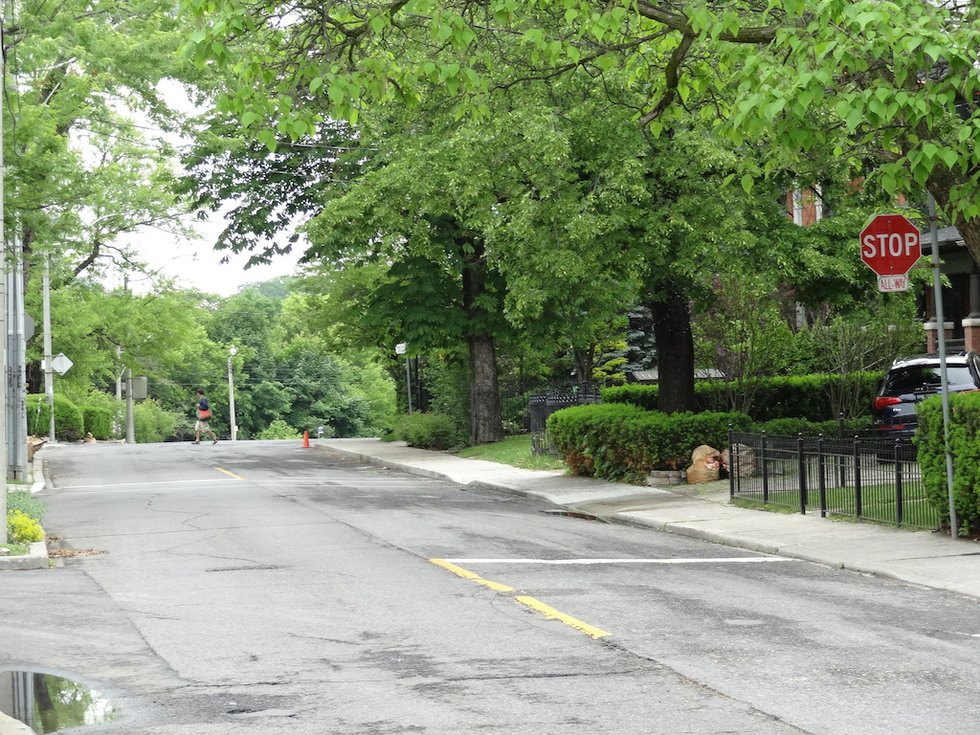 City crews were at Wrentham and Roxborough Wednesday morning. Three weeks after a fatal crash took the life of respected Toronto architect Roger du Toit, who was cycling at the time, it seems the intersection will finally be getting the two more stop signs approved by Toronto and East York Community Council back in February after safety concerns raised by area residents.

It’s too late for du Toit. The founding partner of DTAH (Du Toit Allsopp Hillier) died May 31 from injuries sustained in a cycling accident at the corner May 19.

Details of the crash are still sketchy. The police news release issued May 20 says only that du Toit was riding north on Wrentham “and was struck when he entered the intersection” by a 43-year-old woman driving a 2005 Toyota 4Runner travelling eastbound on Roxborough. Calls from staff of area Councillor Kristyn Wong-Tam to police seeking more specifics about the incident, have so far gone unanswered. Word on the street is that no charges will be laid.

On Monday, June 8, a ghost bike was placed at the three-way intersection.

According to Wong-Tam, the city was still waiting for clearance from gas and Hydro utilities to install the signs to convert the “T” intersection into an all-way stop when the accident occurred. There’s currently one stop sign, for traffic travelling northbound on Wrentham. 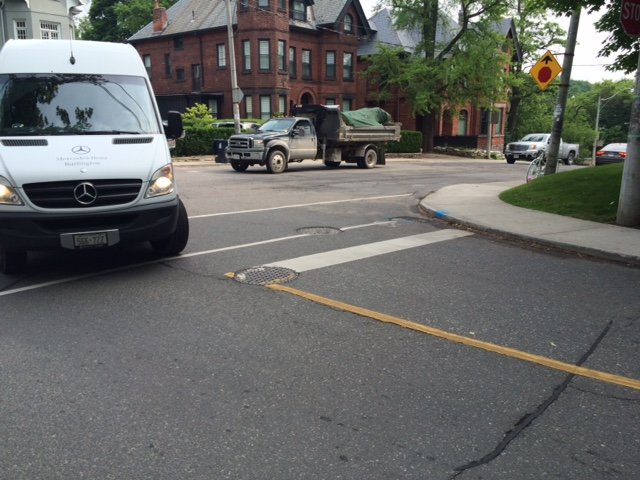 The intersection has sightline issues. For those going north, the direction du Toit was reportedly headed before he entered the intersection, it can be tricky seeing vehicles coming from the east. That part of the intersection is set back. More importantly, there’s no stop sign for those traveling east. There is a stop sign at another “T” intersection 30 metres or so further west, but according to area residents, a lot of motorists don’t really stop at the sign that’s there.

In fact, there’s nothing keeping cars coming from that direction from slowing down as they enter the Wrentham-Roxborough intersection, which has become increasingly busy over the years. Hence, community concerns about safety and Community Council’s approval of more stop signs. 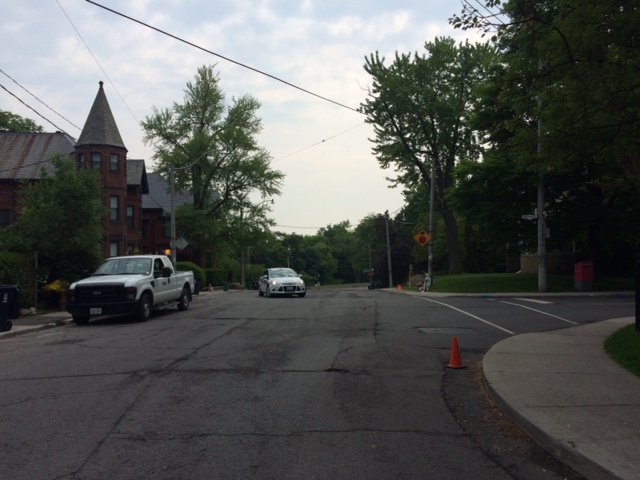 What once was a quiet area has slowly changed as cars cut through Rosedale to access fast-moving through-streets like Mount Pleasant. Cars traveling south on Mount Pleasant also use Roxborough to get to Yonge Street during the morning rush. Making the traffic situation potentially more precarious is the speed limit on Roxborough, which is 40 km/h. It’s 50 km/h on Wrentham. 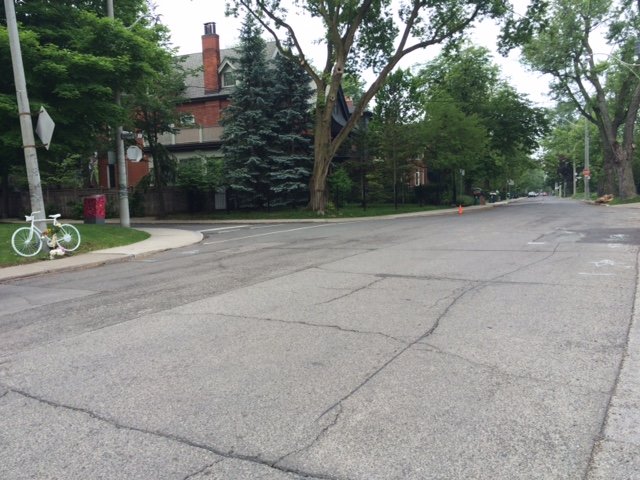 Neighbours have been pressing for traffic safety measures after the death of a nanny five years ago and a number of near-misses at the corner. But it wasn’t until Community Council’s February decision that the intersection met the warrants to install additional stop signs.

This being Rosedale, there’s a certain heeding of what is asked for.

So how hard is it to put up a pair of stop signs?

There’s an army of well-paid people working for “us,” and our budget is larger than some provinces. Improving unsafe intersections should be a basic civic function. It can’t be for a lack of money since we seemingly have billions to burn for subways and elevated expressways to nowhere. But when it comes to pedestrians and bikes, it can be a far different story.

The new chair of the Public Works and Infrastructure Committee, Jaye Robinson, is trying to bring the concept of Vision Zero – no traffic deaths – to the city. So there is a slowly moving effort to improve our road safety, but it’s too late for du Toit.