NOW MagazineNewsWar on abortion in the U.S. has gotten absurd

War on abortion in the U.S. has gotten absurd

Anti-abortionists claim to be "pro-life," while defending Donald Trump's attacks on the poor, women, immigrants and those with physical and mental challenges 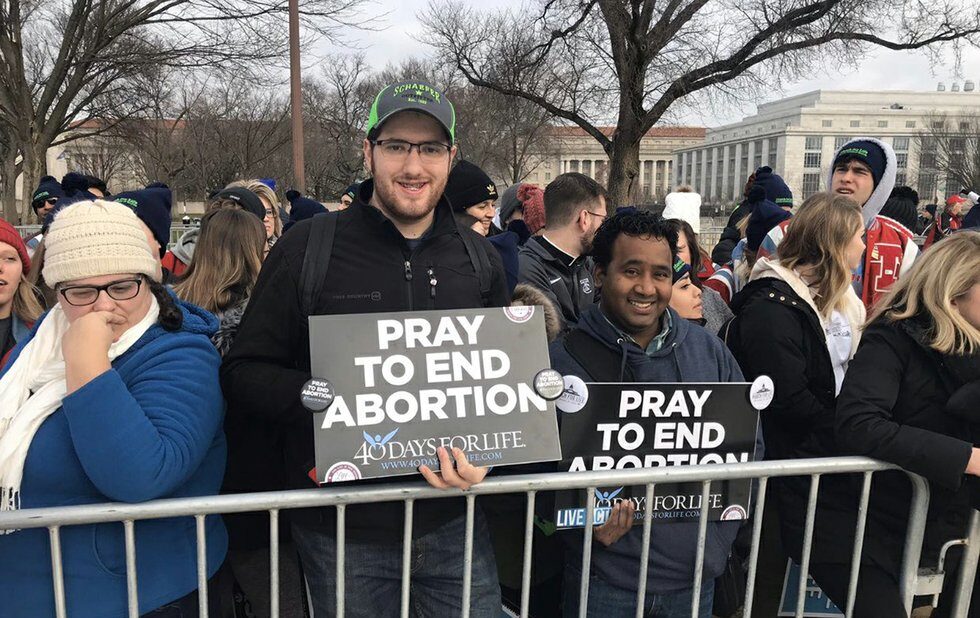 Donald Trump attended the March for Life on Friday, January 24.

The annual gathering of anti-abortion activists in Washington DC included a generous collection of Canadian supporters.

This is the first time a sitting president has attended in person. That the president’s attendance took place in the middle of Senate impeachment trial proceedings against him has only increased his popularity with the anti-abortion movement.

Even at such a time, they say, he shows his dedication. Jeanne Mancini, president of the march, said that she and her people were “so excited for him to experience in person how passionate our marchers are about life and protecting the unborn.”

While Trump has certainly shown enormous support – he addressed the march in 2018 via a live feed – he actually supported abortion rights until at least 2013. “It’s never been my big issue,” he has been quoted as saying.

He may have had a profound change of heart. (I, for one, know that this can happen). It’s difficult to believe his ostensible Damascene conversion, but he has certainly delivered the goods for the religious right.

The Trump administration has done all that it can to restrict abortion access, has appointed anti-abortion judges and tried to cut off federal money from abortion services.

Trump knows his base. The 81 per cent of white evangelicals who voted for him see abortion as perhaps the most important issue facing their country. If we add conservative Roman Catholics to that group, it’s an enormous number of dedicated and driven people who will not only vote for Trump but also campaign for him. Those who support a woman’s right to choose are never going to vote for Trump anyway.

While most anti-abortionists are overjoyed at what has happened, there used to be at least some in the “pro-life” movement who also defended the rights of the poor, immigrants and those with physical and mental challenges. All of which makes their support of Trump and his war against refugees, his scapegoating of foreigners, his treatment of women and his mockery of people with disabilities completely absurd.

There used to be a less conservative wing of the Republican party that spoke of the “seamless garment” of life, from conception to death, and claimed a commitment to respect for people at all stages, which included social justice and peace.

Those conservatives have either left or have been pushed out, leaving the anti-abortion movement to move increasingly toward zealots. We’ve seen this in Canada with the organized influence of activists in the Conservative Party federally and the PCs provincially.

Neither Andrew Scheer nor Doug Ford could have won leadership bids without anti-abortion social conservatives, who only make up between 10 and 15 per cent of their respective parties, but vote as a bloc.

In Canada, there is at least some resistance to all this, partly because conservative strategists know that Canadian elections are almost impossible to win if a party is known to be socially conservative.

Consider, for example, the recent condemnation from members of his own party when Conservative Party of Canada leadership hopeful Richard Decarie oafishly said this week that people “choose” to be gay.

The horror of the other leadership contenders was interesting, given how passive they were when Scheer was waffling on equal marriage. But that’s another story.

While we must remain watchful in Canada, south of the border there is a crisis of access to abortion and it could get far worse if Trump is re-elected. Services will be further cut, legislation denying access will increase and the anti-abortion movement will be empowered as never before.