His gift was his music, his burden was his mental illness and poverty 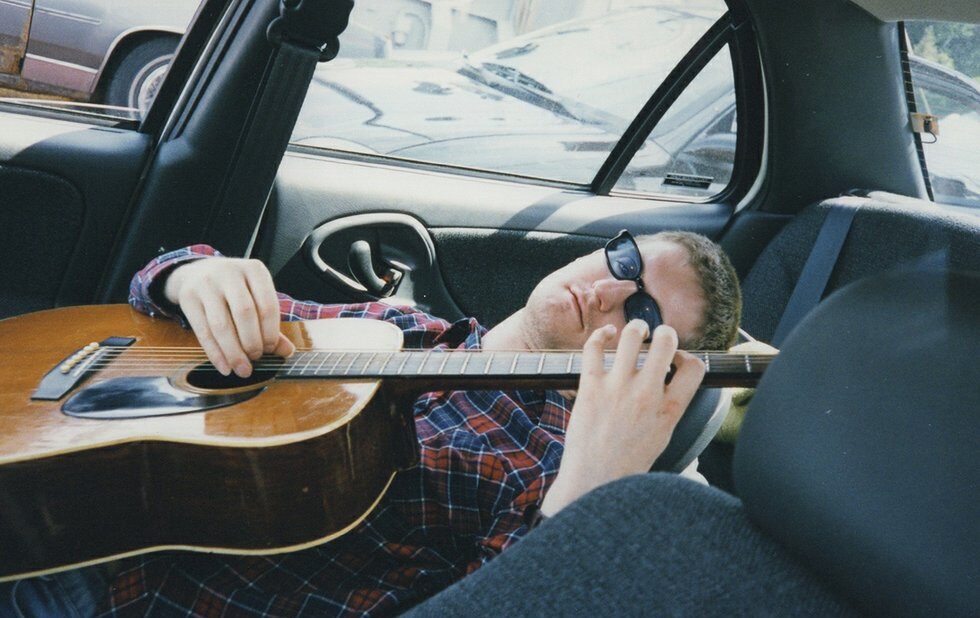 Justin Haynes was a thoughtful, hilarious man with an enormous talent, an empathetic heart, and a mental illness.

He was a good soul who struggled to make the best of a tumultuous life. He was a devoted father, a brilliant artist, and a rigorous teacher and mentor. A sonic master, he played guitar and piano with a deft hand and a keen ear. He composed beautiful, mercurial music, some of it complex and dissonant, much of it sweet and delicate – all of it artful, inquisitive, and endlessly inventive. He was a significant contributor to the big community of creative musicians in Toronto, a prolific, boundary-pushing improvisor, and an enthusiastic collaborator and composer.

He was also a saboteur, but that was part and parcel of his art. Justin was smart, jovial, opinionated, fiercely principled, and generous to a fault. And despite all of his skills, inventions, and accolades, Justin was poor, which often left him feeling afraid, ashamed, and frustrated.

Justin’s gift was his music. His burden was his mental illness and all that that entails. It was, ultimately, what killed him. Justin died on Wednesday March 13, 2019. He was 46.

He had plans. And lots of reasons to live. First and foremost was his son, whom he loved to no end, and with whom he had a lively, caring, and engaging relationship. And there was his music, which was a deep well of inspiration. He was also making a name for himself as an advocate for affordable housing. Things were by no means perfect — not by a long shot — but they were coming together. He had finally found a home, such as it was.

“Found a decent shoebox for $1200 (which is a good deal now), but my boy has his own room, and I’m still in the hood, so gratitude is the attitude,” he wrote to me on February 9.

On the good days, he was optimistic about the future. Well, that might be overstating it, as he was acutely aware of the precariousness of his situation. He knew all too well how easily a person with a calling and a mental illness can get lost in the shuffle. Countless bright stars are snuffed out by society’s indifference, and he knew he might slip and fall through the cracks if the fates aligned. But he was feeling pretty good on the good days.

To make a home where he could find some modicum of solace, do his work, and provide for his son in downtown Toronto was no mean feat, as he so eloquently documented in the two heartfelt and heartbreaking essays published in NOW just prior to his death.

Justin shone the spotlight on the city’s “war on the poor.” Politicians and the City took notice.

Poverty creates stress. It leaves one feeling defensive, vulnerable, and humiliated. Self-respect and strength are hard won when there is no shelter, no clean bed in which to sleep, and you have no idea where your next meal is coming from. That is rock bottom, and Justin found himself there, through no fault of his own – more than once. But he had friends who bailed him out. And despite his gratitude for their generosity and patience, he was loathe to impose on their hospitality.

And when his depression kicked in, he might reject his friends’ outstretched arms, sometimes angrily. It’s a vicious circle, and it spins and spins, like a whirlpool. There are services where help can be found, but seeking it out — and securing it — requires unimaginable leaps of faith, no matter one’s mental state. The hoops through which Justin was forced to jump to justify his need for support are mind-boggling. In a city with a near zero vacancy rate, in an extortionist rental market, how can a “starving artist” with bipolar disorder and a young son catch a break?

Justin’s poverty was the result of both his calling and his mental illness. Making music, especially adventurous music, doesn’t pay very well. But he worked hard, and when push came to shove, he eased up on the dream, and tried his hand at various jobs. He worked at Value Village, as a support worker in harm reduction, as a roofer and in a prison. He wasn’t a self-indulgent artist who felt the world owed him. He worked diligently, whenever and wherever he could, in the field in which he excelled.

In the end, it doesn’t add up. In a city where you’re left to fend for yourself, no matter your situation, where neighbourhoods and communities are sold off to the highest bidder, where housing is considered a commodity and where homelessness is criminalized and stigmatized,  those who don’t cut it are out of luck. But human rights aren’t supposed to be based on luck.

Without the proper support, we couldn’t save Justin. Mental illness is a mighty foe, and making a living as a musician in this city is increasingly unaffordable.

Justin Haynes graced this community with his music, his humour, his way with words, and his uncompromising… well, everything. He was capable of the sweetest, saddest beauty, and the most visceral, unapologetic, raw brutality. His musical curiosity was boundless. He was a daredevil and a spark. Maybe that spark will light a fire, and we can fix this mess we’re in.

Rebecca Campbell is a Toronto-based musician. She lived and worked with Justin from 1997 to 2002. They made two records, TUG (1999) and the sweetest noise (2002) and toured extensively.

A celebration of Justin’s life and music will be held at The Tranzac Main Hall (292 Brunswick Avenue) on Friday April 19, 2 pm. His funeral will be held at the Ron Maslin Playhouse (Kanata Theatre, 1 Ron Maslin Way) in Kanata on Friday, April 26 at 2 pm.