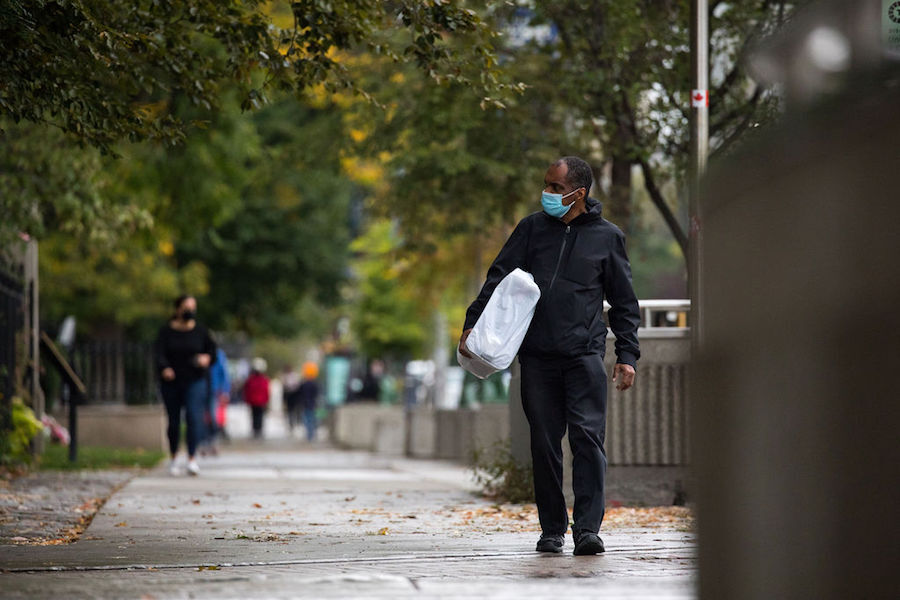 Ontario reported 841 new cases of COVID-19 and nine more deaths on October 22, the second-highest daily case count the province has ever seen.

The province reached its all-time high on October 9 with 939 cases.

Locally, the four hotspot regions still make up a majority of cases, with Toronto’s daily increase over double the case counts in the other three regions. Toronto reported 335 new cases, while there are 162 in Peel, 106 in York Region and 72 Ottawa.

The province completed 38,860 tests in the past 24 hours, more than the 32,600 completed Wednesday but still below the daily target of 50,000 tests. The testing positivity rate is just below 2.2 per cent.

On Thursday, Toronto’s top doctor Eileen de Villa said Toronto’s percentage positivity rate – or the percentage of positive COVID-19 cases per 100 people tested in a given week – was 4.4 per cent for the period of October 11 to October 17.

That’s double the province’s “high alert” threshold of 2.5 and up from 3.2 per cent the previous week. It’s also an increase of 1.3 per cent since Monday, she said.

“The figure could yet change because we understand data for the most recent week can be incomplete,” she explained during a press conference at city hall. “But I feel comfortable saying that I have no basis to expect that it will fall 1.3 per cent and that I am concerned that its upward climb is not over, especially when I look at COVID-19’s renewed eruption in other countries.”